Five things we learnt from the Super Rugby Pacific draw

A fresh looking Super Rugby introduces fan-friendly initiatives and a simplified finals system so what are the five main things we learnt from the draw?

The confirmation of the Fijian Drua and Moana Pasifika has been welcome news for Super Rugby and reflects the need to build proper pathways for elite participation for Pacific nations.

The Drua face a tough start, having to travel to Eden Park to face the Blues, however, will fancy themselves for an upset against the Force or Rebels in their first month.

Meanwhile, Moana Pasifika start their campaign with four of their six games against Australian opponents, with clashes against the Chiefs and Crusaders sandwiched in between.

The opening game against the Brumbies looms as a blockbuster, not only due to its status, but the potential for Christian Lealiifano to take on Noah Lolesio and the Brumbies.

Whilst Lincoln McClutchie is rightfully their flyhalf of the future, the potential matchup with the Brumbies legend leading Moana is something to excite fans.

One of the great things about Super Rugby AU and Aotearoa was seeing the rivalries between teams supercharged with the prospect of titles on the line.

This was seen throughout the Brumbies-Reds clashes over the past 18 months, which seemed to have gone to another level after some thrillers in 2021.

The fear of losing those constant matchups was alleviated by the 15-round format, allowing those teams to play twice a year and hopefully build some nice storylines heading into the finals 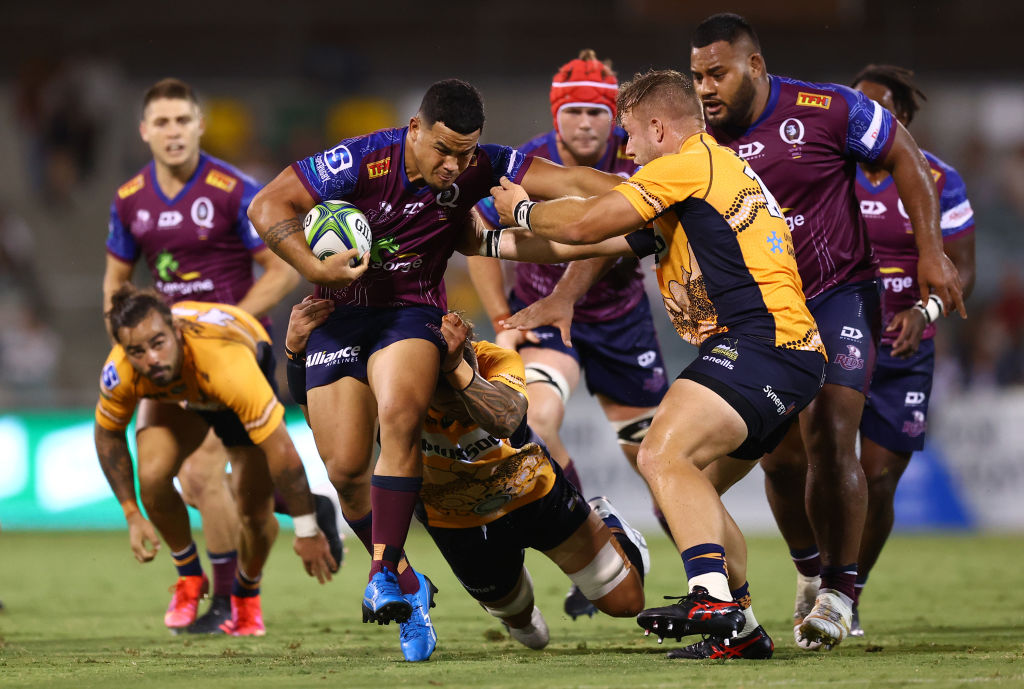 The main surprise for many fans coming out of the draw was the introduction of 'Super Round Melbourne' in Round Two.

Creating that carnival-style atmosphere has been successful in the past with other codes and in Sevens, with the timing perfect to capitalise on early season excitement.

The decision to go to Melbourne seems out of the blue on the surface but given the sacrifice the Rebels have made over the past 18 months, it makes sense to reward their fans.

Hopefully, the city can get behind the concept because it has real potential to succeed. It will be interesting to see how it is rotated across cities pending the format's success in 2022. Auckland, Brisbane are ideal choices heading forward

In another competition first, there will be comp wide themed rounds designed to ensure proper recognition and better unity across promotions.

It's such a basic move but something that has been missing in order to ensure concepts like Culture Round, Women in Rugby Round and Heritage Round are done properly.

This is best represented in ANZAC Round, with the five Australian teams slated to play the five New Zealand teams across the weekend.

It'll be a tough start for the Highlanders as they look to go one better in 2022.

They spend the first month on the road and have to play the Crusaders twice in the first six weeks.

Meanwhile, the Force will be quietly happy with their spread of fixtures.

Aside from a three-week road trip, they will largely remain in Australia for Super Rugby Pacific, which includes four out of their final six games at home, having to only travel to Canberra and Melbourne.