Force Put to Sword by Highlanders

The Highlanders recorded the biggest ever win in their Super Rugby history with 55-6 victory over the Force in Perth.

The result represents their highest ever points total outside of New Zealand and means the Highlanders move within two points of the third-placed Chiefs in the New Zealand Conference.

The Highlanders are now on 41 points with the Chiefs and Hurricanes on 43 points but the latter leading because of a superior points difference.

Tries from Tevita Li, Patrick Osborne, Rob Thompson (2), Dillon Hunt, Richard Buckman and  Aki Seiuli (2) for the Highlanders meant the Force missed a chance to jump to second on the Australia Conference.

It was a solid performance from the away side and shows their strength in depth as they left Aaron Smith, Waisake Naholo and a fit-again Lima Sopoaga out of the starting lineup.

It is their sixth win in a row against Australian opposition and the Aussie sides have still failed to win against a New Zealand in Super Rugby this season.

The Highlanders have now made it eight wins in a row and are miles ahead of the competition along with the other New Zealand sides barring the Blues.

Tevita Li definitely looked as if he had something to prove and was keen to involve himself by coming off the right wing, enjoying a good game in place of the suspended Waisake Naholo.

Marty Banks, as usual, gave a masterclass in kicking from the tee while the Highlanders ran in seven tries to the Force's nil. 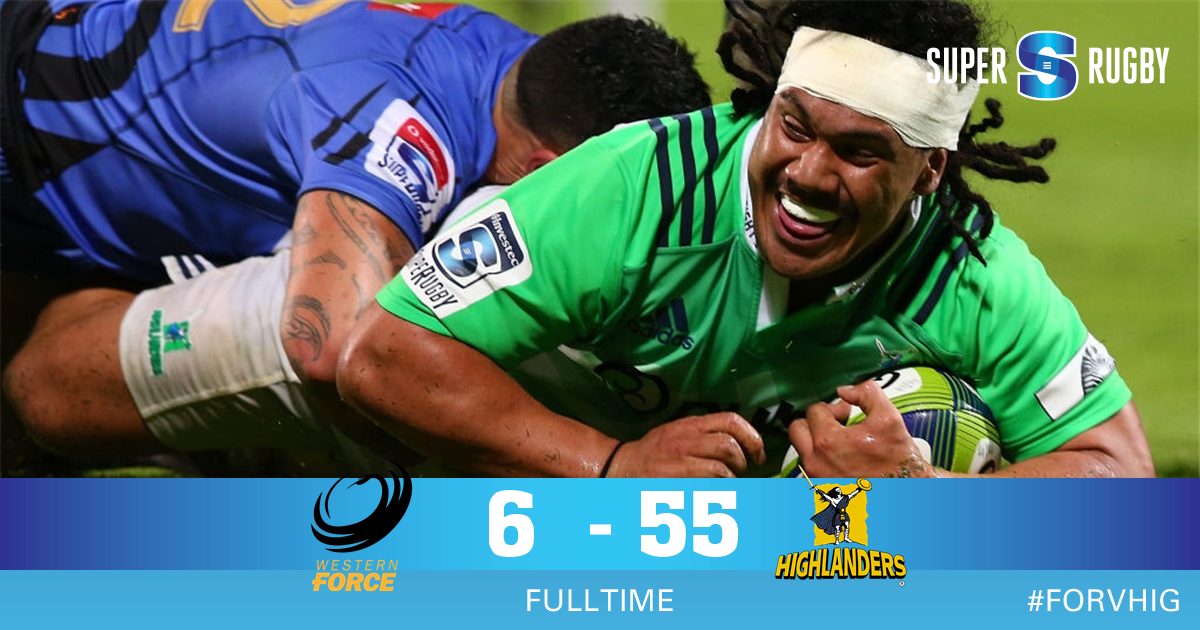