Forwards are meant to be doing all the tough work in the middle and leaving the try scoring to the outside backs. Someone forgot to tell that to the Super Rugby class of 2019.

76 different players from the forward pack have scored 112 tries in Super Rugby 2019. Folau Fainga’a of the Brumbies leads the way with an impressive strike rate of 6 tries in 6 appearances this season. He’s made a flying start to the campaign, scoring a try in each of his first four matches before capping it off with a double at home to the Waratahs in Round 5. The streak came to an end the following week when he blanked away to the Reds. Since 2011, only one other forward has enjoyed a better try streak. Malcolm Marx scored a try in 6 consecutive games for the Lions in 2017.

Despite being on top that list, hooker hasn’t been the most prolific position of the forwards in Super Rugby 2019. That honour goes to the back row, who have collectively piled on 32 tries compared to 30 for the hookers. Their leading light is Marnus Schoeman from the Lions, the next best forward behind Fainga’a with 5 tries in 6 appearances. Two more back rowers round out the top four. Daniel du Preez from the Sharks has 4 tries in 6 appearances and Shannon Frizell of the Highlanders has 4 in 4 games. Frizell’s strike rate, like Fainga’a, is deceiving. Frizze scored a try in Round 1, a double in Round 2 and a single in Round 3 before blanking in his fourth game, a Round 6 encounter against the Blues. 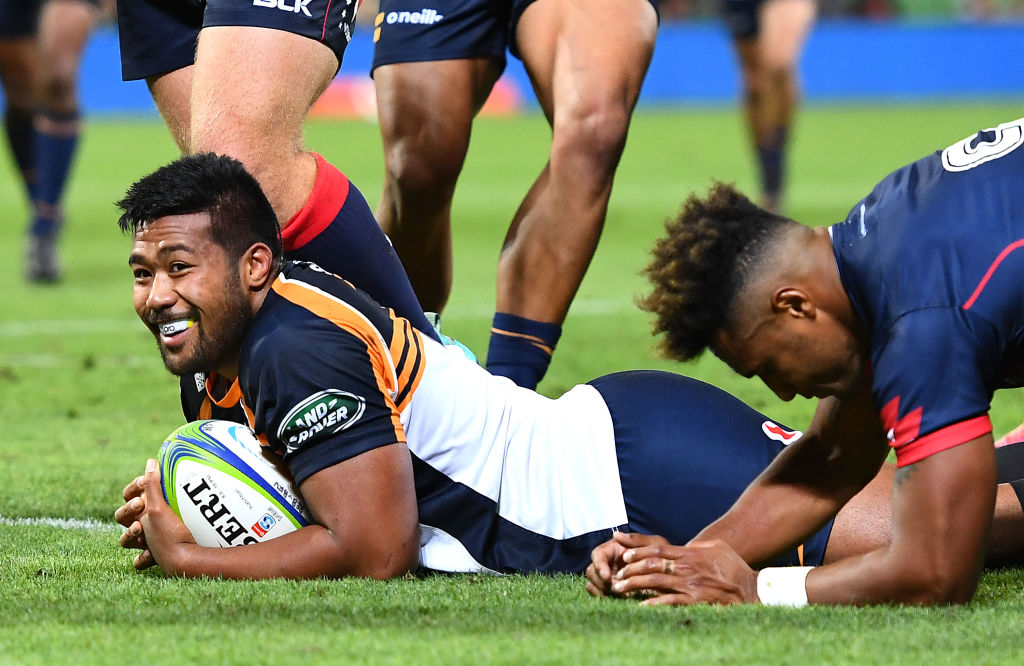 The flankers and props are locked in a tight race against each other in Super Rugby 2019, scoring 13 and 12 tries respectively. Although, the flankers can boast they have players who have scored multiple tries with Kwagga Smith (Lions), Michael Hooper (Waratahs) and Siya Kolisi (Stormers) having all picked up 2 over the season so far.

The position among the forwards to get on the scoreboard the least has been No.8, where 7 tries have been scored by 4 players. Rahboni Warren-Vosayaco of the Sunwolves has scored 3 of these tries, Jordan Taufua has logged 2 for the Crusaders and Duane Vermeulen (Bulls) and Shuhei Matsuhashi (Sunwolves) have bagged one each.