This week we’re going to look at the players and teams who have beaten the most defenders in a Super Rugby game in the last 10 years.

It takes an impressive display of strength and agility to be able to evade defenders and push through a gap in the defensive line. In rugby a player who can do this consistently is of immense value to their team – it forces the opposition to send more defenders at them, creating opportunities for teammates.

It is the Chiefs’ livewire playmaker Damian McKenzie [pictured below] who holds the record for most defenders beaten in a Super Rugby game in the last decade. He beat 14 from as many carries against the Highlanders in 2018, making three clean breaks in the process. McKenzie gained just 37 metres in that game in March 2018; however, the damage he caused in those metres is what counts as the Chiefs won 27-22 over their southern rivals.

Digby Ioane has made the most of any Australian player in a Super Rugby game during this period and the joint-second most overall. The Reds’ flyer beat 13 in his 19 carries for 158 metres gained against the Western Force in 2013. In fact, only three wingers for the Reds have gained more metres in a Super Rugby game that Ioane on that day in the last decade (Digby Ioane – 181m in 2011, Filipo Daugunu – 168m in 2018 and Rod Ravies – 159m in 2013). 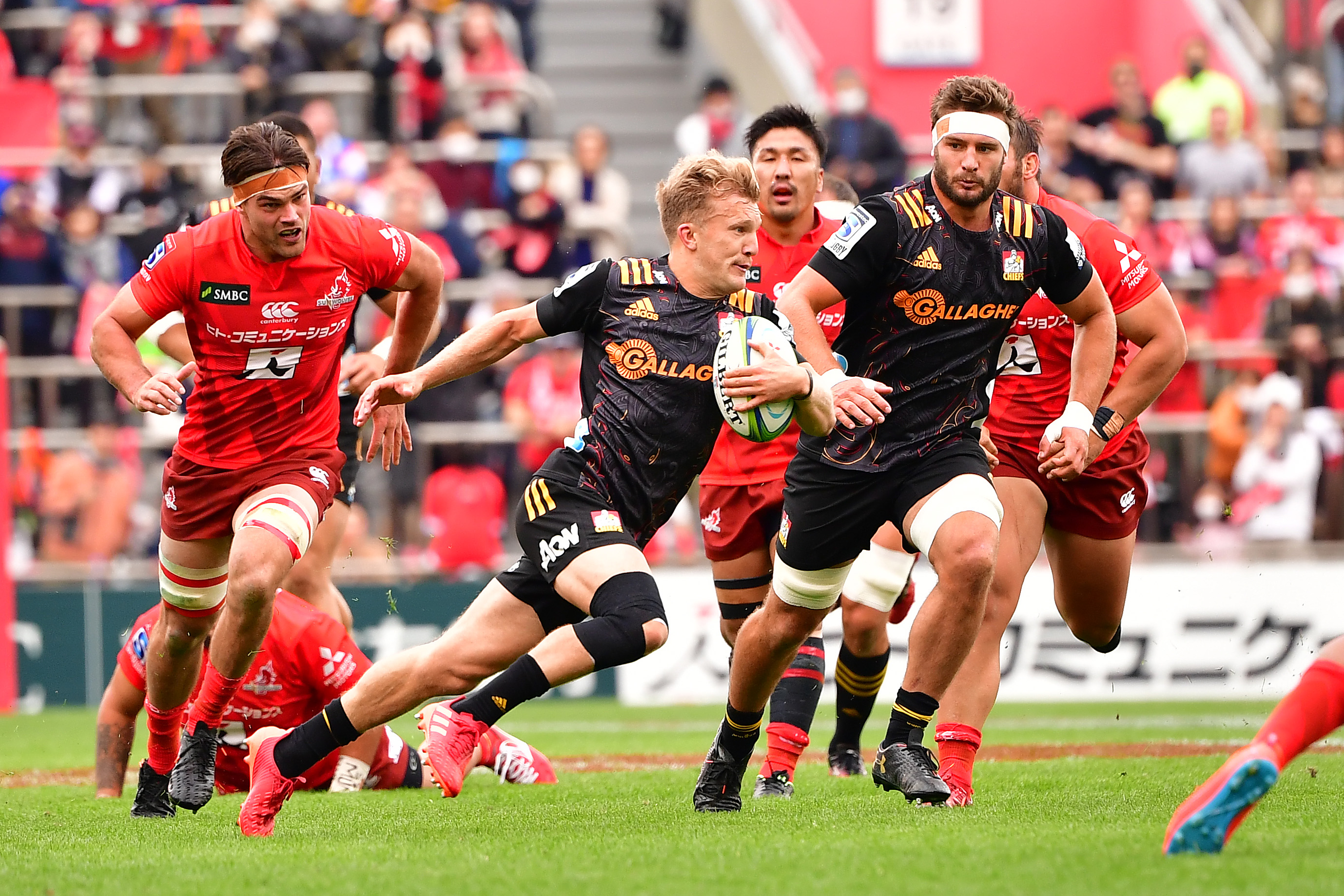 Damian de Allende (Stormers) has beaten the most defenders (12) of any South African player in a Super Rugby game in the last 10 years and the most of any No.12. De Allende also made four clean breaks and 118 metres gained in his 17 carries against the Brumbies – only one other South African inside centre has made more clean breaks in a Super Rugby game in this time period (Wynand Olivier – 5 v Chiefs in April 2011).

What about team performances in this period?

The Lions (59 v Sunwolves, 2017) and Jaguares (53 v Bulls, 2018) are the only sides to collectively record 50+ defenders beaten in a Super Rugby game in the last decade. The Crusaders (47 v Sunwolves, 2020) have registered the most of any New Zealand team during this period while the Reds fell just short of being the only Australian side to reach a half-century in a game (49 v Sunwolves, 2019).

It doesn’t matter whether it is the start of a game or the end of a match – the player with the right skillset and attributes can bust their way through opposition tackles at any time. Therein lies the constant and often repeated need for defensive focus throughout the entire 80 minutes.