Getting Out of the Blocks early

Super Rugby season is more of a marathon than a sprint but it is always good to get off to a fast start...

A good start doesn’t necessarily lead to silverware at the end of the campaign. However, each team will undoubtedly go into their opening game hoping to get a win under the belt at the first attempt.

Below we take a look at which sides historically get off to the best start in their opening game of the Super Rugby season. Of course, not all teams begin their season in Round 1, with some getting a bye and beginning one week later, so with that in mind we’ve taken into account each team’s first game of the season, regardless of which round it came in. 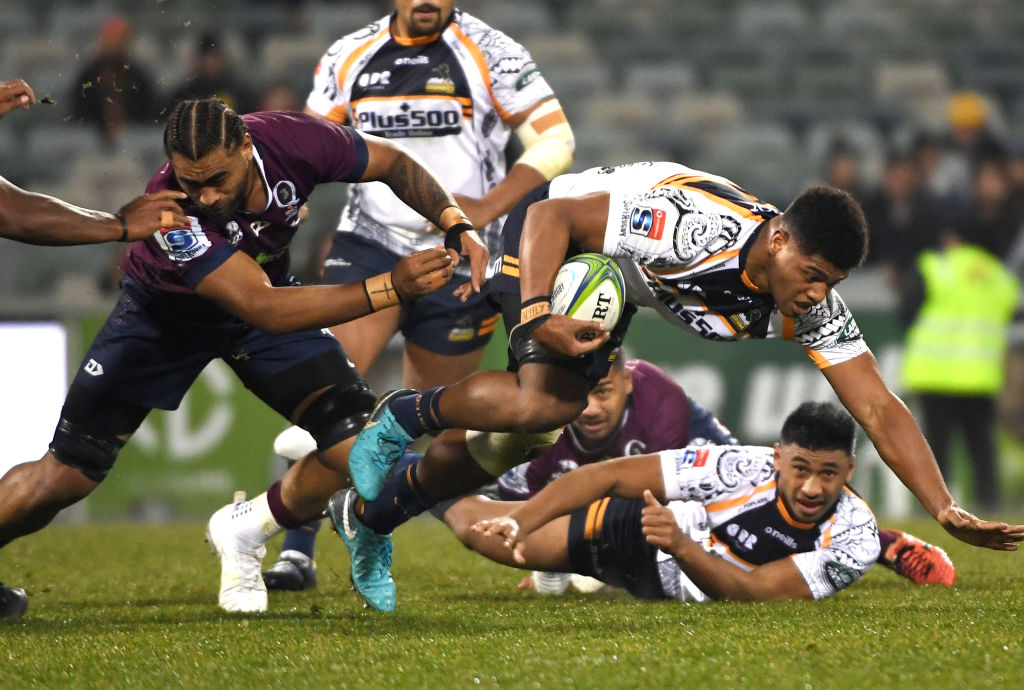 Brumbies take on Reds in Aussie derby in Round 1

It is the side from the Australian capital who are most adept at getting out of the blocks early, securing victories in 71% of their opening games, just ahead of conference rivals the NSW Waratahs and the Rebels. A trio of South African teams follow next with the Lions the pick of the bunch, winning nine of their 14 season-openers, while the Crusaders and Highlanders are the best New Zealand outfits, locked on 13 wins apiece.

Of the two most recent additions to the tournament it’s the Jaguares who have fared best in season openers, winning their opening game of two of their four campaigns. The Sunwolves are still aiming to pick up their first win in such matches but with many of their players proving their mettle in an incredible Rugby World Cup they will no doubt come into the campaign brimming with confidence. 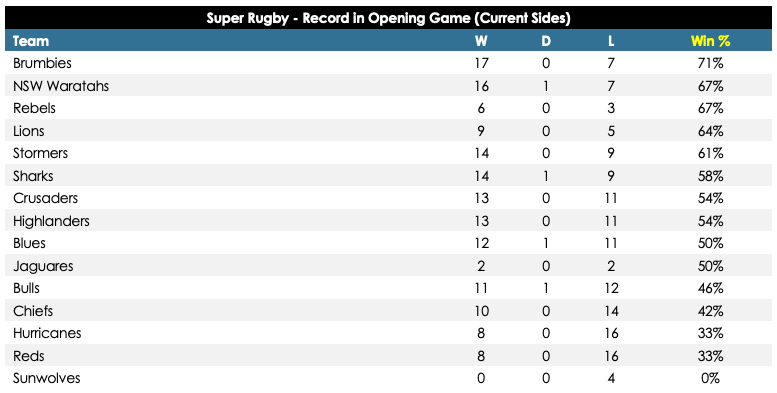 What should we expect from last season’s finalists when they kick off their respective seasons? In each of the last three campaigns the reigning champions as well as the runner-up from the previous season’s final have each started with victories. The champions have begun their season with a win 70% of the time (16/23) while the Grand Final runners-up have made amends at the earliest possible opportunity by winning 60% of their opening games (14/23).