Super Rugby has seen some phenomenal goal-kicking but who leads the way in consecutive successful attempts...?

The difference between a try earning a team just five points and an accompanying conversion lifting the gift to seven points can be game changing, and it’s not uncommon for game-deciding penalty goals to be the icing on the cake of a tough victory. It’s important that a team can rely on a sturdy kicker to slice the vast majority of their place goal attempts in between the uprights.

Super Rugby has treated us to some superb veins of form for goalkickers throughout recent history, but it’s a special kind of patch to see a single player land 25 successive goal attempts in the competition. In fact, it’s a feat that has been achieved just four times in the last five Super Rugby seasons and by just three players.

Hayden Parker [pictured below] proved to be an integral key signing when he moved to the Sunwolves in 2018. An accomplished goal kicker already, few could have predicted that he would string together such impressive form in the red jumper.

Parker’s first impressive goal-kicking streak began in April 2018 and lasted until July of that season; a span across which he landed an astounding 38 consecutive goals. He would then miss his 39th attempt before picking up right where he left off with another streak of 33 goals immediately after that which would last until April in 2019. No other player in the last decade has managed to guide 30 successful kicks in succession. 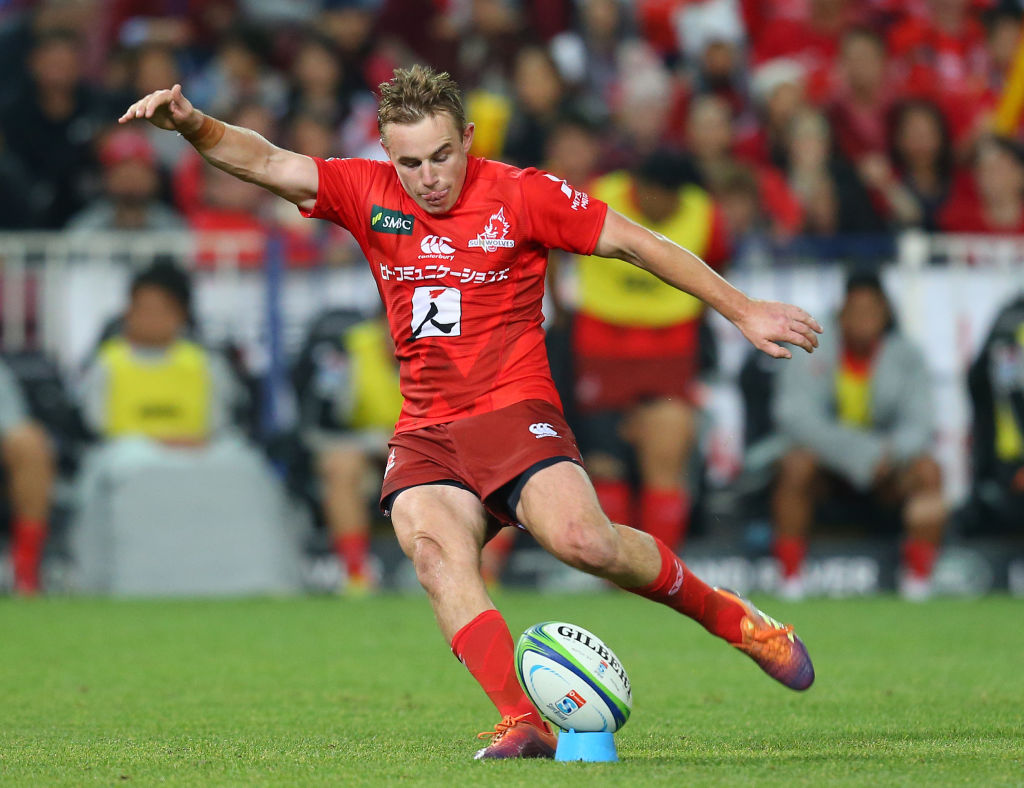 Since Parker’s heroics with the boot, only one player has managed to land 25 or more consecutive goal attempts through the uprights in Super Rugby. The Crusaders’ Richie Mo’unga banged 26 goal kicks in succession across the 2019 and 2020 campaigns to become the first New Zealand player to strike as many since Marty Banks strung together 29 attempts from 2015 to 2017.

With a slew of young talent on the horizon in the world of Super Rugby, it is only a matter of time before we see another prediction-defying streak of successful goal kicks in the competition.