The Finals are approaching and the battle for the top eight positions is intensifying... who have the pedigree and consistency to regularly feature?

The Crusaders are still flying high at the top of Super Rugby, the Lions are in a battle at the bottom of the South Africa conference. Grand finalists in 2018, starkly different fortunes in 2019, how do teams backup the following season after reaching the final day?

The Crusaders and Lions have met in the grand final for the past two seasons (2017-2018), with the Lions alone going back further than that, having made three straight Super Rugby grand finals since 2016. Whether or not both teams can make it there again in 2019 remains to be seen.

Hurricanes had the benefit of back-to-back home grand finals in 2015-2016, although the first time around they were beaten for the title by the Highlanders. After becoming champions in 2015 the Highlanders marched all the way to a Super Rugby semi-final in 2016 before getting knocked out by the Lions. The Hurricanes followed their crowning glory of 2016 with a semi-final appearance in 2017, their run halted in South Africa at the hands of the Lions as well.

The NSW Waratahs’ inaugural Super Rugby title in 2014 couldn’t be replicated the following season as they crashed out in a semi-final at home to the Highlanders. The Crusaders were the runners-up to the Waratahs and they served up a fourth-place finish in the New Zealand conference the following year. The Chiefs became Super Rugby champions in 2013 but couldn’t back it up in 2014, unable to hang on in the first week of the playoffs against the Brumbies.  Speaking of the Canberra side, they were the bridesmaid to the Chiefs 2013 title victory and gained a measure of revenge in 2014, casting aside the same opponents in a tight Super Rugby playoff but falling apart a week later in an Australian local derby against the NSW Waratahs.

2012-2013 was a great time for the Chiefs as they picked up back-to back Super Rugby titles. Their adversary in the 2012 encounter, the Sharks finished in fourth place in the South Africa conference and eighth overall one year later. After becoming champions in 2011 for the first time, the Reds topped the Australian conference in 2012 but couldn’t get it done in the first round of the playoffs against the Sharks. The Crusaders were the Reds victims in 2011 and almost made it back in 2012, going down in a Super Rugby semi-final. 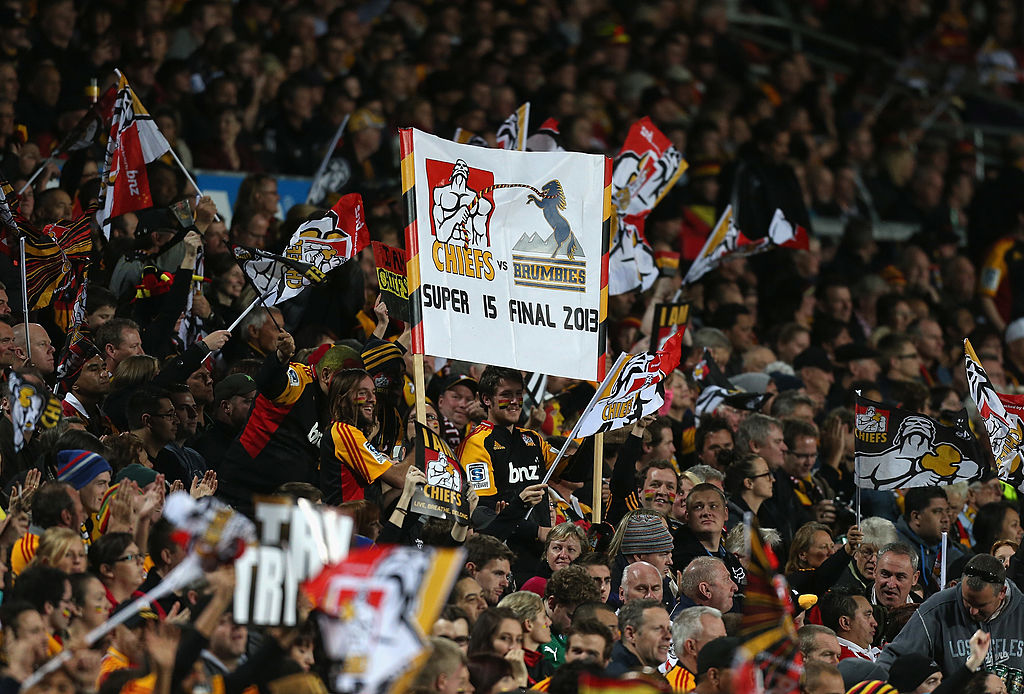