Super Rugby is 25-years-old season this year, it kicks-off in Auckland on Friday and will see a host of new talent and coaches and several new match cities...

The tournament will kick-off in Auckland on Friday 31 January when the Blues host the Chiefs in a New Zealand derby at Eden Park. Super Rugby is the pre-eminent club tournament in the Southern Hemisphere presently featuring teams from Argentina, Australia, Japan, New Zealand and South Africa.

It all started in 1996 when SANZAR was formed as part of rugby’s historical move into the professional era. SANZAR was initially a joint venture partnership between the South African, Australian and New Zealand national unions (Argentina joined in 2016), and a Super 12 tournament and the Tri-Nations (now The Rugby Championship) were launched that year.

The first ever match Super 12 match kicked off on Friday 1 March in Palmerston North as the Hurricanes hosted the Blues. The Blues won the match 36-28 and went on to win the inaugural competition. Former Hurricanes and All Black centre Alama Ieremia wrote his name into the history books as the first-ever try scorer in Super Rugby.

From those modest beginnings Super Rugby has since been played in 10 countries across Europe, South America, Africa, Asia and Oceania, and continues to access new territories and cities. Indeed in 2020 matches will be played for the first time in Wollongong, Tamworth and Ballarat in Australia and in Fukuoka and Osaka in Japan. Over the last four years Super Rugby has been watched by a global audience of 40 million fans annually thanks to a dozen major rights holding broadcasters.

On commemorating the anniversary, Super Rugby CEO, Andy Marinos stated, “It is testament to the quality and attraction of Super Rugby that it is entering its 25th year in 2020. Rugby fans around the world have been entertained, witnessed the emergence of some of the biggest names in World Rugby, seen some epic battles and continue to embrace it as Super Rugby is truly a fantastic tournament.”

“It also has to be, due to its geographical spread and quality of competition, one of the hardest and toughest tournaments to win in world rugby. It certainly includes some of the best rugby players on the planet and Super Rugby is the perfect pathway for players into the international game. Virtually all new All Blacks, Wallabies, Springboks and Pumas have come through the Super Rugby ranks." 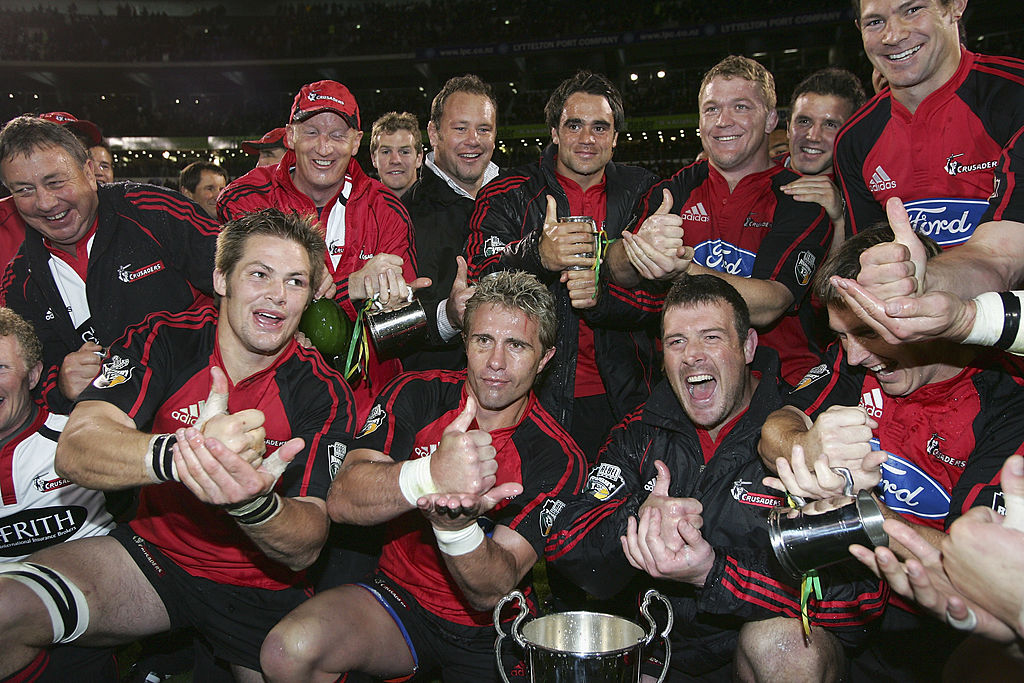 “Super Rugby has been able to grow and develop thanks to our long - standing partnerships with our key broadcast partners and sponsors in both our core territories and in the rest of the world where their continued support, coverage, marketing and promotion has enabled millions of fans access to this great competition.”

“In 2020 we welcome a host of new young talent across all of the teams plus a number of new coaches and Super Rugby wishes them all the very best for a successful tournament, which I believe will be one of the closest for many years,” added Marinos.

Super Rugby’s most successful country has been New Zealand to date with its five teams (Blues, Chiefs, Crusaders, Highlanders, Hurricanes) winning 17 of the 24 titles. The Crusaders themselves have won an astonishing 10 titles. Australian teams the Brumbies, Reds and Waratahs have won four titles between them with the Bulls from South Africa wining three titles.