It may have been Halloween but New Zealand rugby set out its stall for the 2019 Super Rugby season with the five teams announcing their squads for the tournament.

With three exceptions, the Blues has looked to its own provincial unions and development programme to complete the line-up for the 2019 Super Rugby Championship.

Veteran All Black Centurion, Ma’a Nonu will return to a team he has played for on two occasions and joins with two new signings from Tasman in fellow midfield back Levi Aumua and loose forward Jed Brown.

The remainder of the 38-strong squad for the 2019 Super Rugby Championship either are part of the 2018 side or from its three provincial unions of Northland, North Harbour and Auckland.

A key part of this are several players who have come through the Blues age and development system.

As well as Nonu’s return, the other notable signing is that of All Black prop Karl Tu’inukuafe who plays for North Harbour and whose meteoric rise will see him compete in his first full season in Super Rugby after playing as a replacement for the Chiefs this year.

There are 27 players returning from the 2018 squad. Among the newcomers are prop Ezekiel Lindenmuth, lock Jacob Pierce, loosie Hoskins Sotutu and backs Harry Plummer and Tanielu Tele’a who have all come through the New Zealand Under-20s and Blues Development, with four of them coming through the ITC programme.

Auckland prop Marcel Renata gains selection after two years as a Super Rugby replacement and with the Blues A side, while Tom Robinson has been part of the Blues Development and 10s campaigns.

The two other newcomers from Tasman are former Crusader Brown, a highly promising open side specialist who has had his promising career curtailed by injury, and midfielder Aumua, who has also had experience in France, rugby league in Australia and for the Chiefs.

The Chiefs begin their Super Rugby season with a home game against the Highlanders on Friday 15 February at FMG Stadium Waikato.

Star prop Angus Ta’avau was called into the 2018 squad as an injury replacement but through hard work and perseverance the Taranaki co-captain and former Waratah became an integral member of the team. He is one of eight All Blacks announced in the squad joining fellow one-cap Te Toiroa Tahuriorangi, Anton Lienert-Brown, Damien McKenzie, Nathan Harris, Sam Cane and Nepo Laulala in a squad that boasts a fine balance of experience, youth, speed, strength and skill.

New signing, Taranaki prop Reuben O’Neill, who has been named in the All Blacks’ wider squad for the Japanese leg of the end-of-year tour, will also bring international experience, as will Maori All Blacks Shaun Stevenson, Mitchell Karpik and Brad Weber.

A surprise selection is giant Japanese winger Ataata Moeakiola who was once compared to late All Blacks great Jonah Lomu. The Tongan-born Japan international was the one unknown player named among the 38-man Chiefs squad

Another two players who have Super Rugby experience are new to the squad – former Melbourne Rebels utility back Jack Debreczeni, who was with Northland in the Mitre 10 Cup, and Samoa age-group representative midfielder Tumua Manu, who has played for the Blues and performed well for Auckland this season. 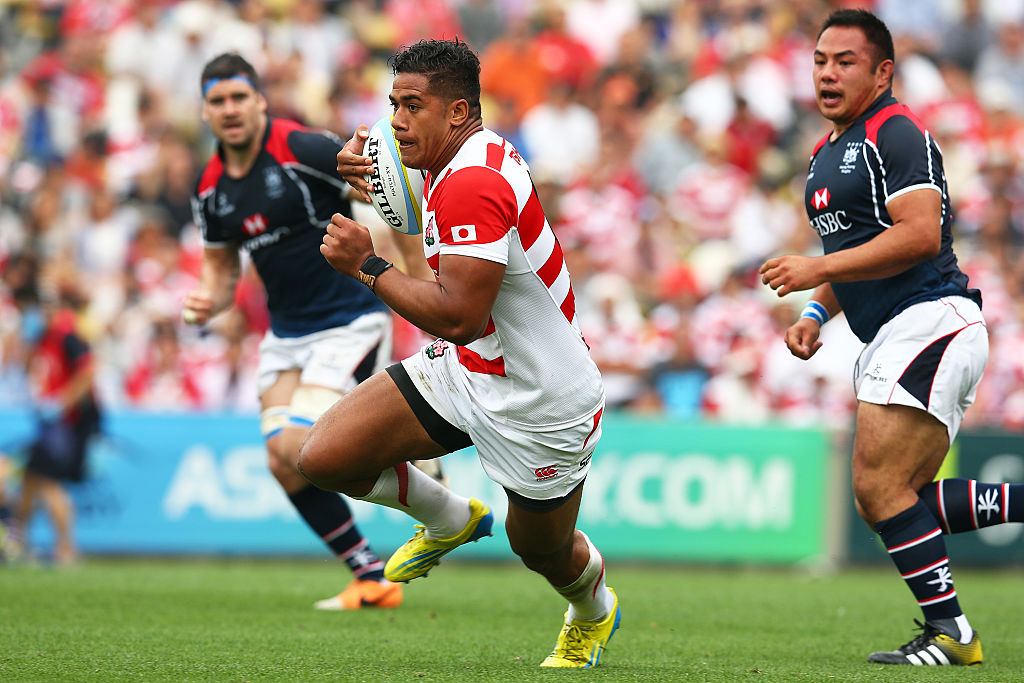 There are two new additions to the forwards in 2019. Whetukamokamo Douglas returns to the side having played six times for the Crusaders during their 2017 season. Following a stint with Italian club, Benetton, the former Waikato player returned to Christchurch for Canterbury's 2018 Mitre 10 Cup campaign where he was named as Co-Captain, but was ruled out midway through the season due to a fractured thumb.

21 year old ​prop Harry Allan has been named in the team for the first time, although he has two Super Rugby caps to his name already; Allan debuted for the Crusaders against the Sunwolves in 2018, and then played the Rebels in Melbourne.

Two Canterbury backs will also join the squad in 2019, in team mates Brett Cameron and Ngane Punivai. Promising Tasman outside back, Leicester Faingaanuku, completes the 2019 squad for the Crusaders.

The Highlanders announced an experienced squad to play the 2019 Super Rugby season. Just seven new caps amongst the 38 man squad with five of those in the forwards.

Hooker Ray Niuia from Tasman will be joined by Waikato props Ayden Johnstone and Josh Iosefa-Scott, both had standout seasons for the Championship winning Waikato team. Former Wallaby squad member and  Reds prop Sef Fa’agase has returned from Australia and after a good Mitre 10 season with Canterbury and will look to build a future with the Highlanders.

The Mitre 10 Premiership winning Auckland side supply lock Jack Whetton (son of former All Black Gary Whetton) while in the backs Bryn Gatland who played for the Blues in 2018 makes his way South. He will be joined by rookie 19 year old halfback Folau Fakatava from Hawkes Bay.

Marty Banks will once again play Super Rugby for the Highlanders in 2019 after an agreement was finalised between his Japanese company side NTT Docomo and the Highlanders. Banks who played 33 games for the Highlanders between 2015-2017 will bolster the first-five stocks with young first fives Josh Ioane and Bryn Gatland.

Banks will return to NZ in January at the completion of the Japanese Top League. 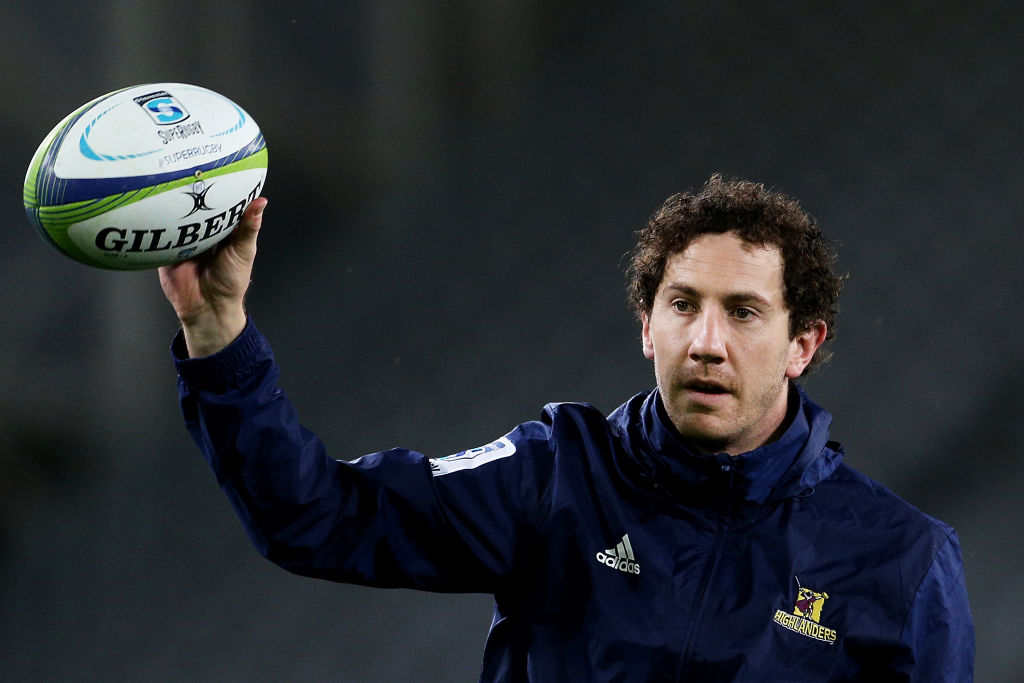 Marty Banks is back with the Highlanders

As well as the players new to the squad, former Hurricanes utility back James Marshall returns to New Zealand rugby after playing in the United Kingdom and Japan while Bay of Plenty halfback Richard Judd is named in the squad after he made his debut in 2018 when he was called in as injury cover.

There are 12 players named in the squad who were part of the All Blacks 2018 campaign while four players – Beauden Barrett, TJ Perenara, Jeff To’omaga-Allen and Dane Coles – are centurions of the Hurricanes club. 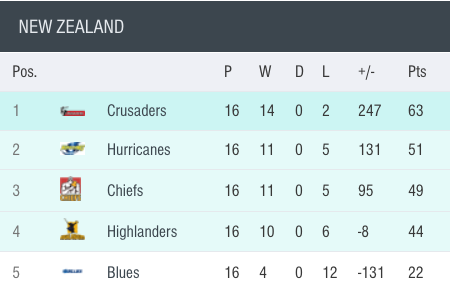