Hat-trick for Gordon as Waratahs run riot against Reds

The Reds were no match for the Waratahs in Sydney on Saturday, as the home side completed a dominant 45-12 bonus-point victory.

Rob Penney’s men produced their best performance for some time in the first half, scoring five tries to go 38-0 ahead at the interval. Jake Gordon was the star, scoring a hat-trick, but he was ably supported by Jack Maddocks and Alex Newsome, who also touched down.

Tom Horton then added to their opponents’ pain in the second period before Jack Hardy and James O’Connor gave the Queenslanders some semblance of consolation.

After the Brumbies’ defeat to the Rebels on Friday, it opened the door for the Reds to put pressure on the Canberra outfit, but they remain seven points behind the table-toppers.

All thoughts were with Jordan Petaia and his family after the 20-year-old’s father sadly passed away during the week. Petaia unsurprisingly pulled out of the encounter, with Jock Campbell moving to the wing, and perhaps that emotional impact affected the team, who failed to get going early on.

They lacked intensity against a fired-up Waratahs side and found themselves under pressure throughout the opening half-hour. There were gaps everywhere in defence and the Tahs scrum-half was the one to particularly profit.

Gordon’s support lines were exceptional as James Ramm and Karmichael Hunt combined to send him across the whitewash before he showed his sniping instincts seven minutes later. After the visitors had conceded a penalty, the playmaker took a quick-tap penalty and burrowed his way over to open up a 17-point buffer.

Will Harrison’s earlier penalty had set the Sydneysiders on their way, but the game was all about his half-back partner. Gordon had to briefly play second-fiddle to Maddocks, who touched down, but the 27-year-old was soon back to the fore.

This was his first start since returning from a hamstring injury and he more than made up for lost time by completing a 17-minute hat-trick. Gordon instigated the score by scything through the heart of the opposition rearguard before he exchanged passes with Harrison and finished well.

It was a stunning effort against a forlorn Reds side and it got even worse for the Queenslanders as Newsome brilliantly scored to increase their advantage at the break.

Brad Thorn no doubt would have been irritated but his words evidently didn’t have the desired effect as the Tahs increased their lead in the second period.

The visitors conceded three driving maul tries against the Brumbies last week and they failed to halt Penney’s charges when Horton crossed the whitewash.

To their credit, the Brisbane-based outfit did respond through replacement Hardy, who capitalised on an error and went over, but they had well and truly been outplayed.

Conditions had also worsened, making it difficult for either side to go through the phases and create the type of scores which lit up the first half.

Jack Dempsey and Newsome did have efforts ruled out by the television match official but the game began to peter out as the Waratahs cruised to an excellent triumph. However, there was one final try when O’Connor went over, but it was the Tahs’ day. 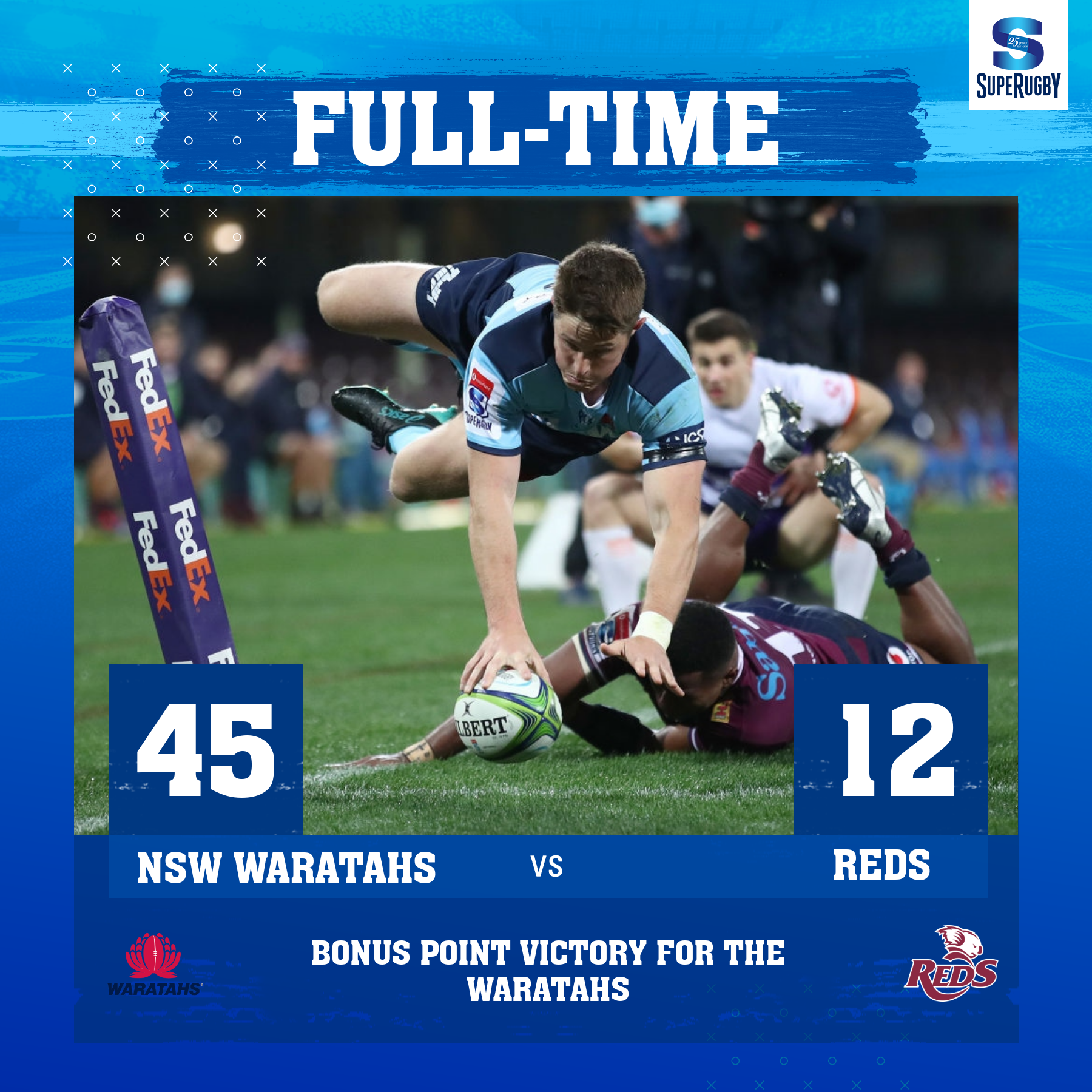