Heartbreak for Hurricanes in Cape Town

The Stormers kept the Hurricanes scoreless as they eased to a 27-0 victory in their Super Rugby opener at Newlands.

With a forward pack featuring five World Cup-winning Springboks, the home side had oodles of firepower up front, leading to a frustrating day at the office for the former champions.

Both teams were quick to put the ball on the boot in the opening stages, and the tactic paid off for the hosts when scrumhalf Herschel Jantjies picked out Sergeal Peterson with a well-weighted crosskick, allowing the winger to dot down in the corner for the simplest of tries.

Fly-half Damian Willemse couldn't add the extras and then missed a penalty kick from right in front a few minutes later to let the Hurricanes off the hook.

The Stormers regained possession after the restart thanks to a turnover at the ruck, and this time they opted for the lineout rather than kick at the posts. It proved to be a good decision as Steven Kitshoff crashed over the tryline from the ensuing maul. Willemse succeeded with his third attempt to make it 12-0.

The hosts had clearly come to play and seven minutes later they had their third try after Jantjies gathered a loose ball the Canes had coughed up and dotted down under the posts.

A rare attacking opportunity for the Hurricanes late in the first half amounted to nothing in the face of some resolute defence as it finished 19-0 to the Stormers at the break.

The Canes would have wanted a much better start to the second half than they got when Billy Proctor was sin-binned in the 48th minute for a late charge on Willemse.

The Stormers stayed on the attack but couldn't make their numerical advantage count, with first a forward pass from Willemse and then another handling error in the backline letting the Hurricanes off the hook.

But Proctor had barely returned to the pitch when Vaea Fifita was given his marching orders as well for a shoulder to the head, as the Canes' frustration at being held scoreless boiled over.

Willemse slotted his first penalty of the night to stretch his side's lead to 22 points and there was no way back for the Hurricanes from there.

The Stormers wrapped up the bonus-point victory three minutes from time when Willemse intercepted a Hurricanes pass and sprinted 95 metres for their fourth try. 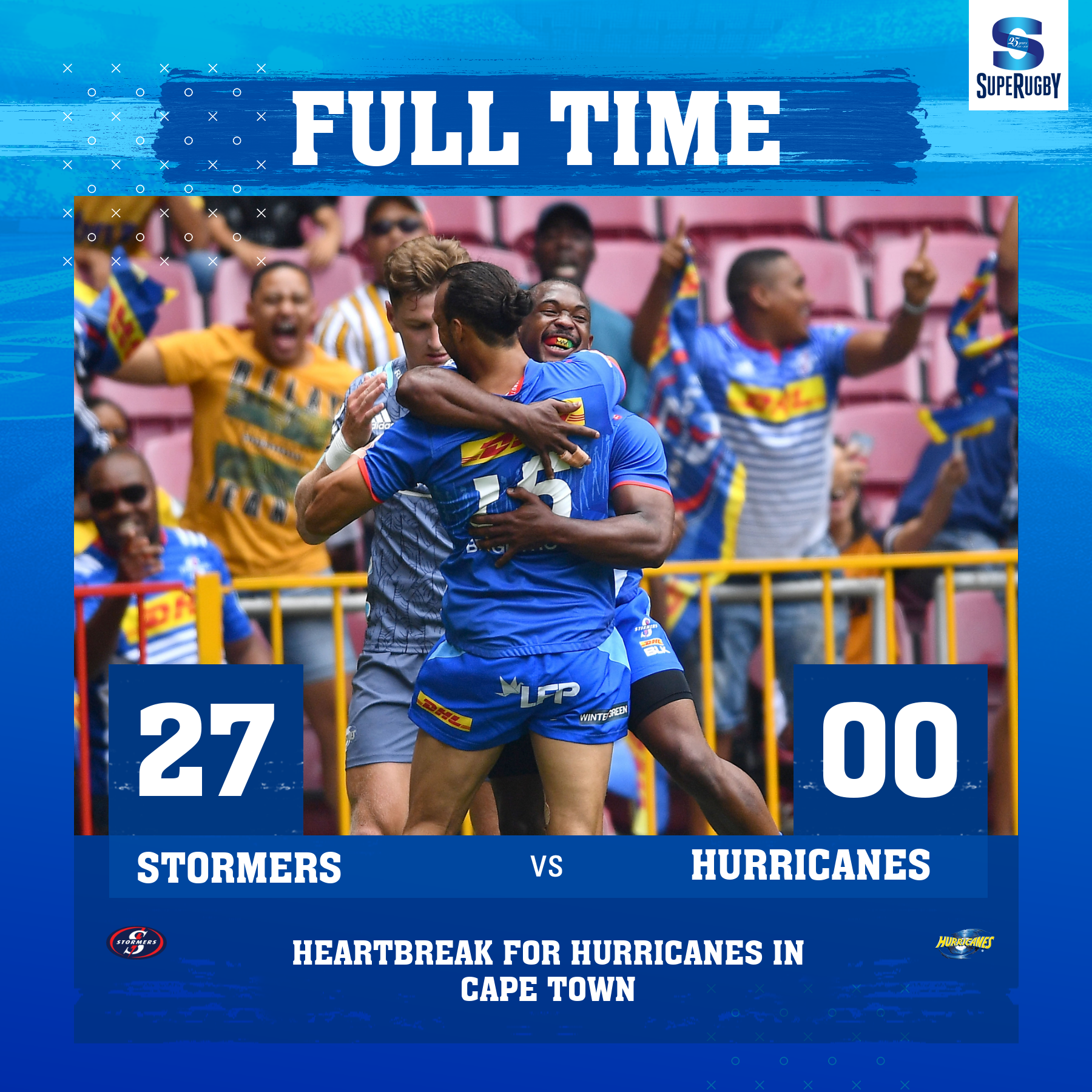