The Highlanders ended a six-match winless run with a 24-12 victory over the Blues in Saturday's Super Rugby clash at Forsyth Barr Stadium.

Shannon Frizell, a penalty try and Matt Faddes’ scores saw the hosts stop the rot as they move off the bottom of New Zealand‘s Conference.

For the Blues this result follows a loss to the Chiefs as they suffer back-to-back defeats, with their Super Rugby hopes receiving a setback.

Surprisingly it was a low-scoring first half in Dunedin as the derby meeting struggled to live up to its billing, with the hosts leading 7-5.

The Blues, in decent form of late, started brightly and pressed hard five metres out until Liam Coltman, who inked a fresh deal this week, pounced at the breakdown to save his side. The visitors continued to press hard thereafter but couldn’t break the deadlock until the 23rd minute.

Ma’a Nonu was the player to spark the score when his break led to him finding Tom Robinson on his shoulder for an unconverted try.

The Blues were almost pegged back moments later when Jonathan Ruru’s kick was disrupted, but Caleb Clarke won the race to the ball.

But the Highlanders weren’t to be denied soon after as the free-scoring Frizell reached out to level before Josh Ioane moved them ahead.

7-5 was how the half ended but there were chances for both sides late on, Tevita Li guilty of not taking a difficult pass near to the line.

The next score was always going to be crucial and it went the way of the Highlanders as a huge scrum led to a penalty try being awarded.

That gave the hosts added confidence and when Faddes scored from halfway after intercepting Sam Nock’s pass, they were cruising, 21-5.

Fly-half Ioane managed to build on that advantage with a penalty goal on 65 minutes to make it a 24-5 ball game and despite the Blues scoring late on through Melani Nanai, who collected a cross-kick, the Blues were well beaten on the day, going down 24-12 at Forsyth Barr Stadium. 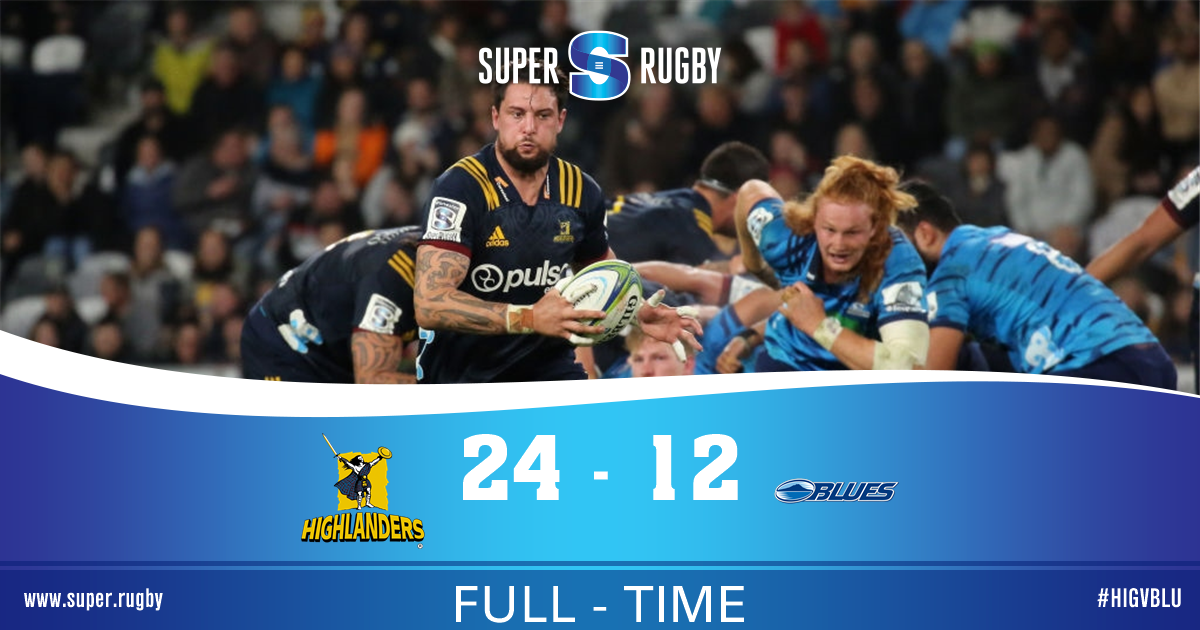