The Highlanders held off a late fightback from the Reds in a thrilling Super Rugby affair in Dunedin.

Both teams deserve plenty of credit for making this the entertaining spectacle that it was as they went hammer and tongs at each other for the full 80 minutes and the result was in the balance until the end.

The 2015 champions were made to work very hard for this result as the Reds gave a good account of themselves and punched above their weight for long periods.

The Highlanders got the rub of the green in the end as they outscored their visitors by five tries to four with Shannon Frizell leading the way with a brace and Rob Thompson, Ben Smith and Dillon Hunt also crossed the whitewash while Josh Ioane contributed 11 points courtesy of four conversions and a penalty.

The Reds came to the fore with a superb all-round effort and showed plenty of character to come back from a 24-10 deficit, late in the first, and regained the lead midway through the second half.

The Highlanders eventually secured their win when Dillon Hunt scored the match-winning try in the in the game's closing stages.

The home side were the dominant side during the opening half but despite having a bulk of the possession and territory, the Reds did not surrender and they were still in the game at half-time with the Highlanders leading 24-17.

Despite suffering a setback early in the second half, when Frizell scored his second try, the Reds were the stronger team for the rest of the match and were back in front through tries from Rodda and Fotuaika.

The Highlanders did well to regain the initiative though and sealed the result with Hunt's try in the 74th minute. 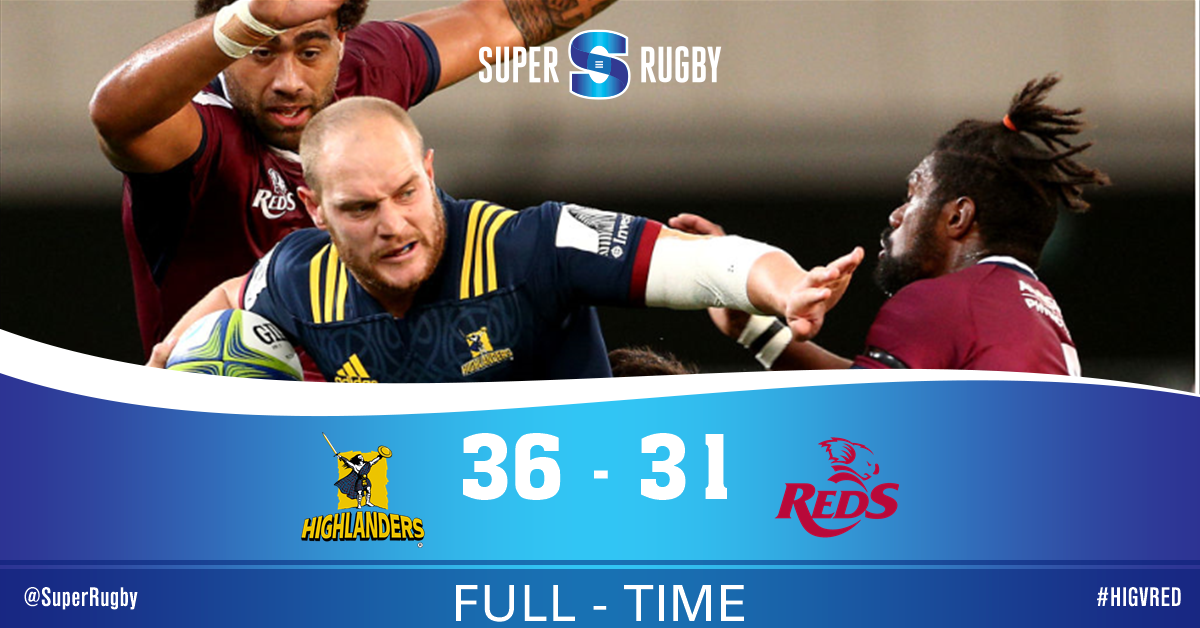