It’s the penultimate weekend and we take a voyage back in time to assess the trends and records of semi-finals from season’s past.

There had been 23 seasons of Super Rugby before the 2019 campaign, which means we’ve been treated to 46 exciting semi-final games thus far in the history of the competition. 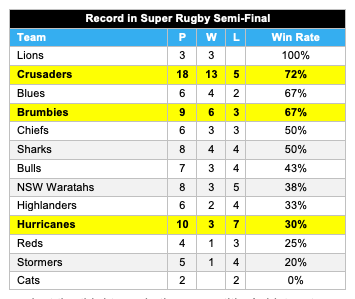 The Jaguares will feature at this stage for the first time in Super Rugby, and they’ll face one of the most seasoned teams at this level. The Brumbies have won two thirds of their previous semi-finals in Super Rugby and are poised to become just the third team in the competition’s history to feature in 10 semi-finals. Furthermore, the Brumbies are one of only four teams in Super Rugby history to have won a semi-final outside their home country; indeed, they are the only Australian team to have managed this feat.

In fact, 38 of the previous 46 Super Rugby semi-finals have been won by the home team on the day, and the last time an away team managed to win at this stage was in 2015 when the Highlanders picked up a win against the NSW Waratahs at Allianz Stadium in Sydney.

Despite featuring four of the best teams from each season’s competition, Super Rugby semi-finals in recent history have not ended as close affairs. The last time a semi-final was decided by a single-figure margin was in 2013, with all semi-finals since decided by an average margin of 18 points per game.

Only twice in the last nine Super Rugby seasons has any team managed to win a Super Rugby semi-final when trailing at half-time. The Chiefs were able to bounce back against the Crusaders in 2013 and the Lions pounced late to beat the Hurricanes in 2017. 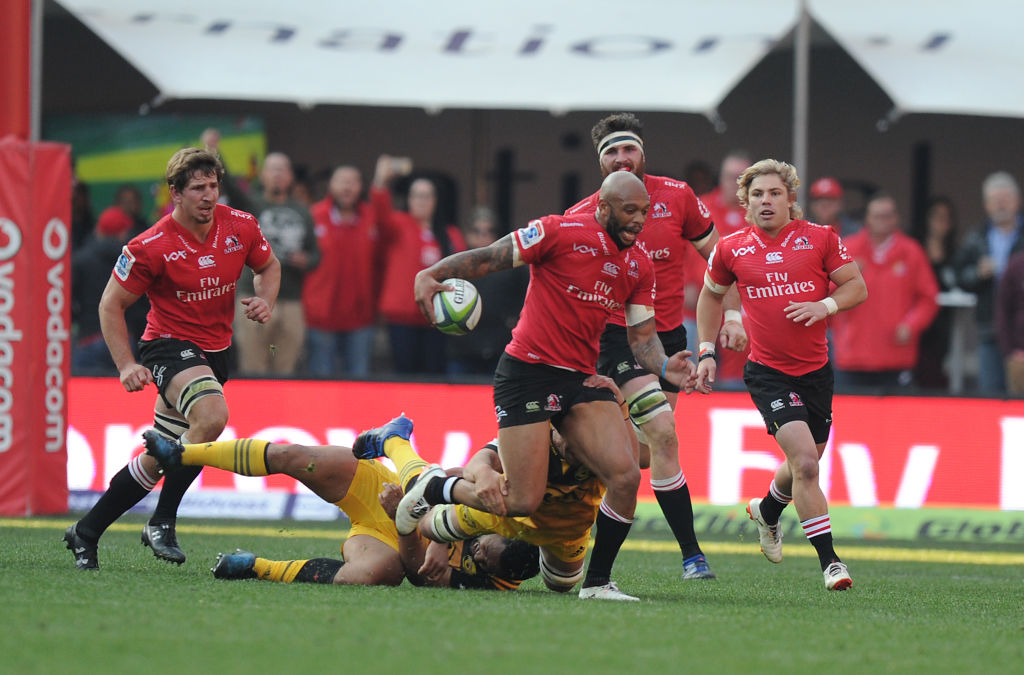 The Lions have a 100% success rate in semi-finals but will not feature this year.

This season will also mark the 13th time that an all-New Zealand derby has taken place during the Super Rugby semi-finals. It’s the fourth consecutive year in which it has occurred, signalling the dominance of the New Zealand conference in recent years. Every one of the previous 12 instances have been won by the home team on the day, while the last time either side managed to score more than 30 points in such a fixture was in 2008 when the Crusaders defeated the Hurricanes 33-22.

We’re all set for another exciting instalment of Super Rugby semi-finals this weekend as the competition looks to cull four teams to two in preparation for the big dance in a week’s time.