Home Team of the Decade

As per the Away Team of the Decade, New Zealand enjoys the biggest representation with seven this time around, with South Africa and Australia providing four each. Of the seven Kiwi players three are from the Crusaders which is the best representation from any club. The Lions have two, as do the Stormers and Rebels, and in total 10 teams are represented.

The pack has players from six different teams including the same front row as the Away Team of the Decade: Stormers' prop Steven Kitshoff and Lions' hooker Malcolm Marx have both impressed with their carries and metre gains at home, while the latter scored a position high 16 tries at home. The other prop is Brumby Allan Alaalatoa whose defence is as good at home as it is away. 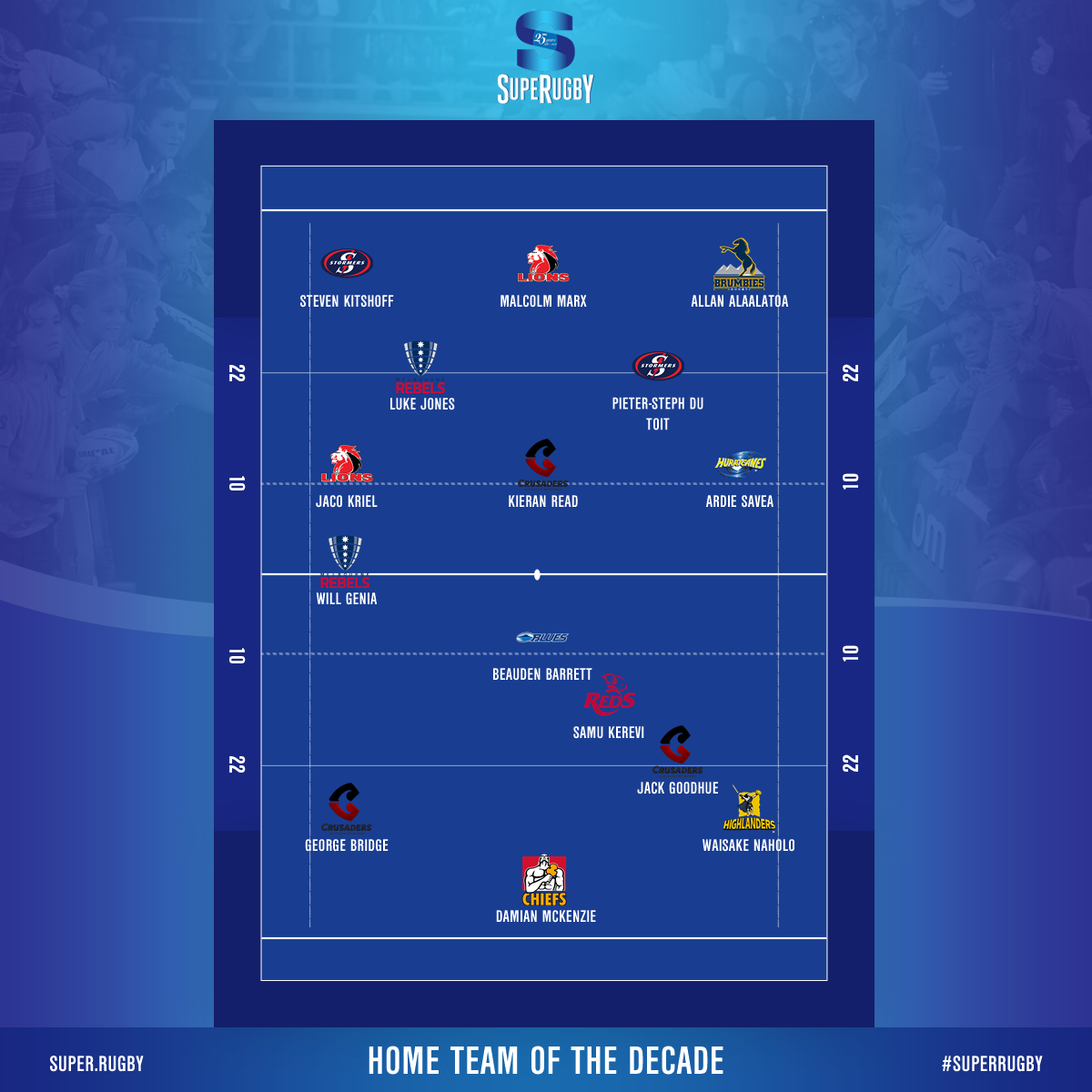 There is different lock pairing however in Rebels' Luke Jones and Stormers Pieter-Steph du Toit. They averaged 3.3 and 3.6 lineout wins per match at home and contributed strongly in defence and ball carrying. Du Toit of course was World Rugby's Player of the Year in 2019 [pictured below].

The backrow is again an interesting mix with two All Blacks in No.8 Kieran Read and flanker Ardie Savea. Crusaders skipper Read made 22 lineout steals in home games in the last decade - the only No.8 to make 20+ in that stretch, while Savea gained 1,901 metres from his 408 carries. The other flanker is Lions' Jaco Kriel who was prominent is his teams success in reaching three consecutive finals - he beat 5+ defenders on home turf 11 times in the last decade - one of only two forwards to reach double figures in this category (Ardie Savea - 11). 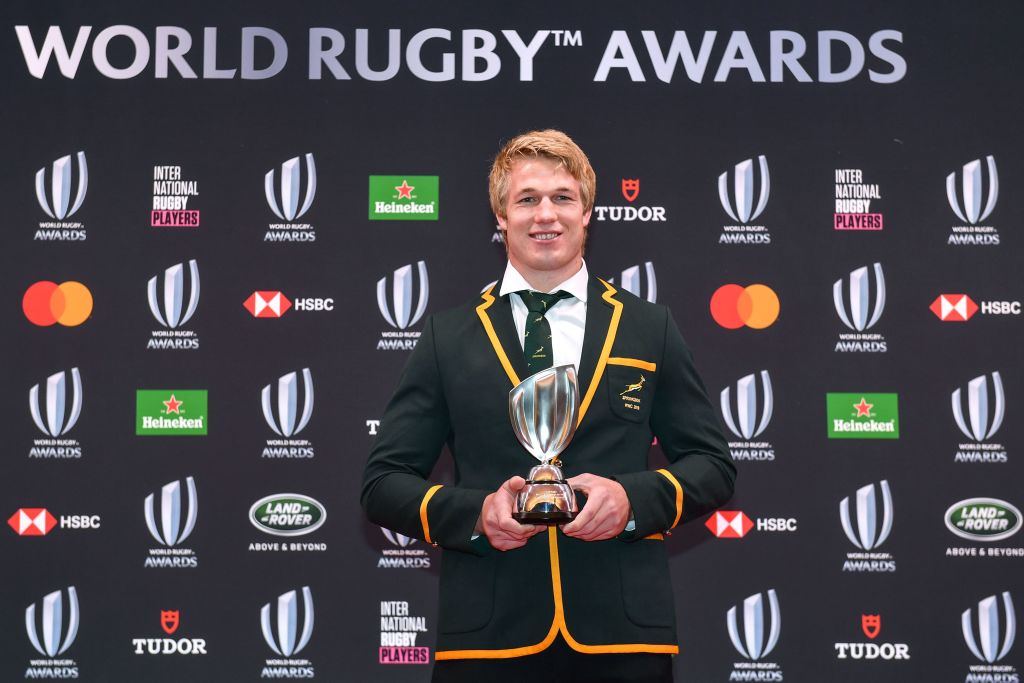 The statistics have selected the Reds' Will Genia  and Crusaders' Beauden Barrett [yet to play for the Blues!] as the halves: This dynamic duo due would grace any representative team; Genia made the most (167 v Cheetahs - Round 6, 2011) and second most (144 v Lions - Round 13, 2012) metres gained of any scrum-half in the last decade; while Barrett scored the most points (671) of any player on home soil and also made 543 carries and 61 offloads in such fixtures.

The centre pairing is incredibly strong and features Reds' Samu Kerevi and Crusaders' Jack Goodhue. Their presence and attacking ability is highlighted by impressive stats: Goodhue made 10+ carries in seven of his 29 Super Rugby home games, in addition, he beat 71 defenders and made 255 tackles in such fixtures; Kerevi beat 4.7 defenders per game at home, the most of any player in that time (min. 10 games), he's also made 10+ carries on 31 occasions, and gained an average of 59 metres per game - these stats make him the ultimate threat at home to any team and he is the Home Team Player of the Decade.

On one wing is Crusaders' crowd favourite George Bridge who has been super consistent at home, especially in terms of ball carrying and being a threat in attack; while the Highlanders Waisake Naholo slots onto the other wing having scored 23 tries in his last 24 Super Rugby home matches.

No surprises at fullback where Damian McKenzie features again. He is such a threat to defences and he gained 200 metres from his 18 carries against the Brumbies in Round 17 2017 - becoming one of only three players in the last decade to make 200+ metres in a home game and the only New Zealand player to do so. 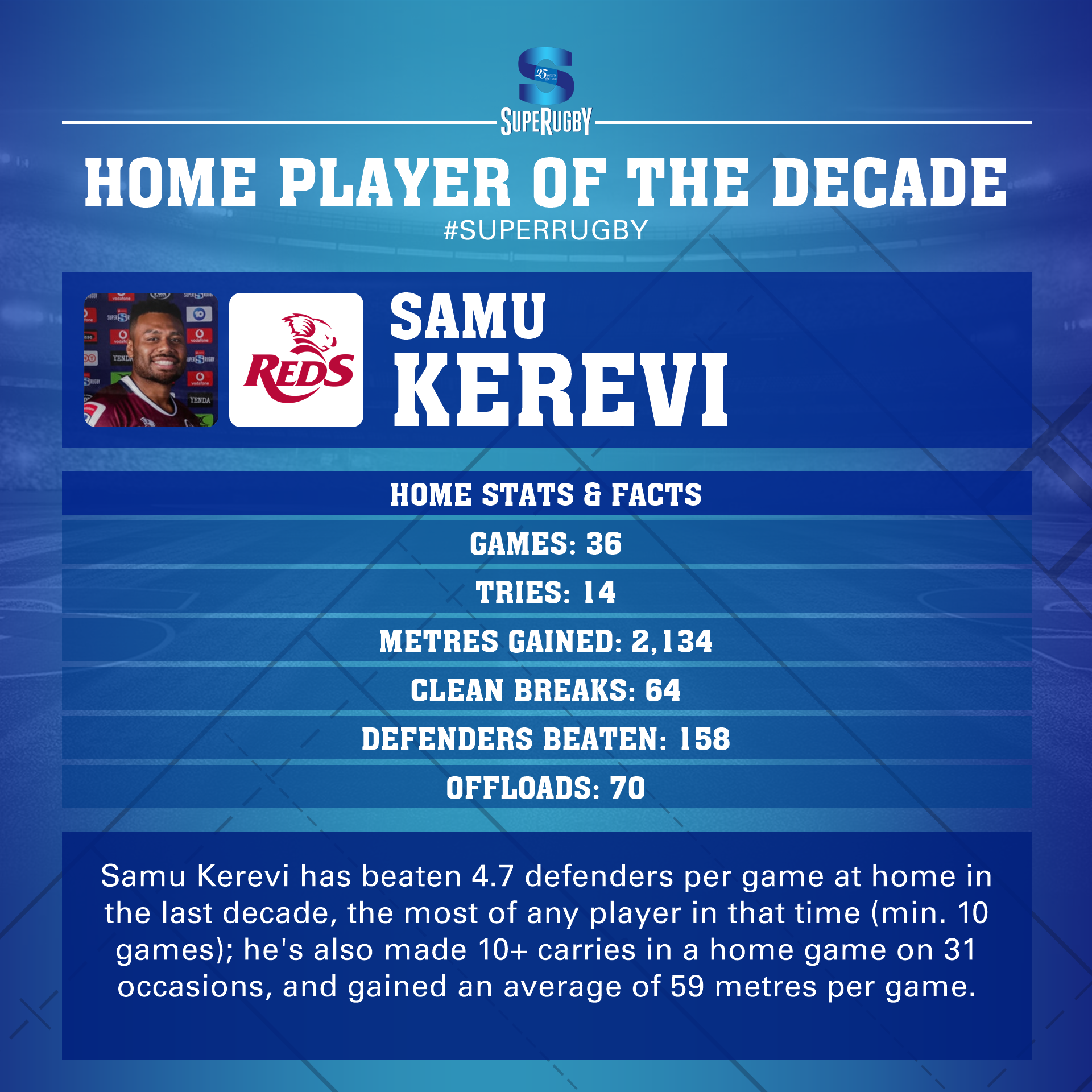