Rugby Australia and Queensland Rugby Union have announced re-signing of centre Hunter Paisami until the end of 2023.

23-year-old Paisami made his Wallabies debut under Dave Rennie last year and has gone on to feature in 15 of 20 Tests over the past two seasons.

The centre was also key cog in the Reds 2021 Super Rugby AU Championship, pulling on the maroon jersey in 11 matches and scoring four tries.

After impressing at Queensland Premier Rugby level for Wests and with Brisbane City in the National Rugby Championship (NRC), Paisami had a breakout Super Rugby debut season in 2020, culminating in his first International appearance in the same year.

A father for the first time this year, Paisami has 26 Super Rugby caps to his name and scoring five tries for Queensland.

He joins fellow Wallabies and Reds teammates Filipo Daugunu, Tate McDermott, Fraser McReight, James O'Connor, Taniela Tupou and Harry Wilson who have committed with Queensland and Rugby Australia through to the 2023 Rugby World Cup in France.

Paisami and his Queensland teammates will kick off their Super Rugby Pacific campaign in February next year.

Wallabies and Queensland Reds centre Hunter Paisami said: “It’s an honour to have re-signed with the Reds and Australian Rugby." 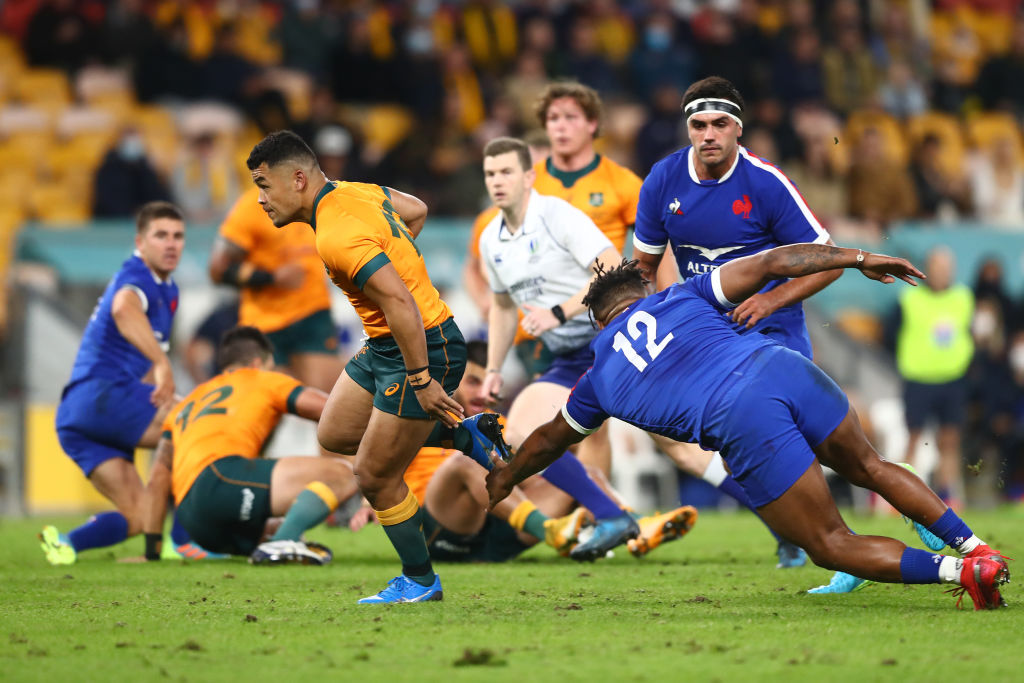 “I’m really excited to be a part of the future of both Queensland and the Wallabies and believe there's a lot of improvement left in my game.

“I’ve really enjoyed my time in Queensland so far and I’m really happy to stay here with my young family for at least the next two years.”

Wallabies coach Dave Rennie said: "We're really pleased that Hunter has re-committed to the Wallabies and to Queensland for at least the next two years."

"He's a good young man with an impressive skill set who's only going to improve and that's really exciting for Reds and Wallabies supporters.

"His brutal defence and incisive carries were a feature on the end of year tour where he played his best footy in Wallaby gold."

Queensland Rugby General Manager – Professional Rugby Sam Cordingley said: “Despite a lot of overseas interest, Hunter has chosen to stay in Queensland which is great for the Reds and Wallabies leading in 2023.

“Hunter’s growth since joining the Reds has been exponential. It’s exciting to think that he has only been professional for two seasons.

“He’s an extremely tough individual and he has become a key part of our game since joining the club.

“It’s great that his family has settled up here in Queensland and Hunter now has a young family of his own.”