Hurricanes blow Lions off the field in Johannesburg

The Hurricanes made sure of fourth place in the overall standings as a second-half blitz lifted them to a 37-17 victory over the Lions at Ellis Park on Saturday.

The Canes have arguably been the second best team in the competition behind the Crusaders this season, and they showed evidence of how dangerous they can be when they opened the scoring in the 10th minute.

After opting for the attacking lineout when Kwagga Smith failed to release in the tackle, it was the simplest of handoffs to Ngani Laumape that allowed the center to scythe through some shaky defence and dot down.

Jordie Barrett added the extras to open up an early 7-0 lead for the visitors but credit to the Lions who responded within minutes to get back on level terms.

It was a great kick over the top that did the trick, as a favourable bounce took the ball away from two Hurricanes defenders and into the grateful arms of winger Aphiwe Dyantyi, who showed his trademark speed to go all the way.

Shaun Reynolds added the extras, and then added three more midway through the half after the Canes were pinged for slowing down the ball down in the ruck.

Kwagga Smith then had a great chance to set up the Lions' second try, but he went outside when an inside pass would have done it, and instead it was the Hurricanes who drew level on the stroke of half-time when Barrett slotted a penalty from just outside the 22.

It took the Hurricanes just two minutes into the second half to retake the lead courtesy of their second try. Lions lock Marvin Orie spilled the ball and Ben Lam was quickest to react before going all the way.

Barrett kicked the conversion, and then added another three-pointer in the 47th minute as the Canes suddenly found themselves 20-10 up.

The onslaught didn't stop there either, as Lam scored his second try of the afternoon seconds later following a great break from substitute Ardie Savea, who had only been on the field for a few minutes.

The Lions were suddenly down 15 points in the blink of an eye, and their efforts weren't helped when they had a try ruled out by the TMO for obstruction in the build-up.

The home side needed a response and they found one through that man Dyantyi again, following a well worked backline move involving Elton Jantjies and Lionel Mapoe.

But the Lions' joy was short-lived as the Hurricanes responded in kind, Thomas Perenara offloading smartly in the tackle to Dane Coles, who went over in the corner.

The visitors looked to have another try from Laumape five minutes later, but replays showed he was just short and had made a double movement.

It made little difference in the end, however, as the Canes got their fifth try anyway moments before the final whistle courtesy of a rolling maul and a breakaway from Coles to wrap up the victory in style. 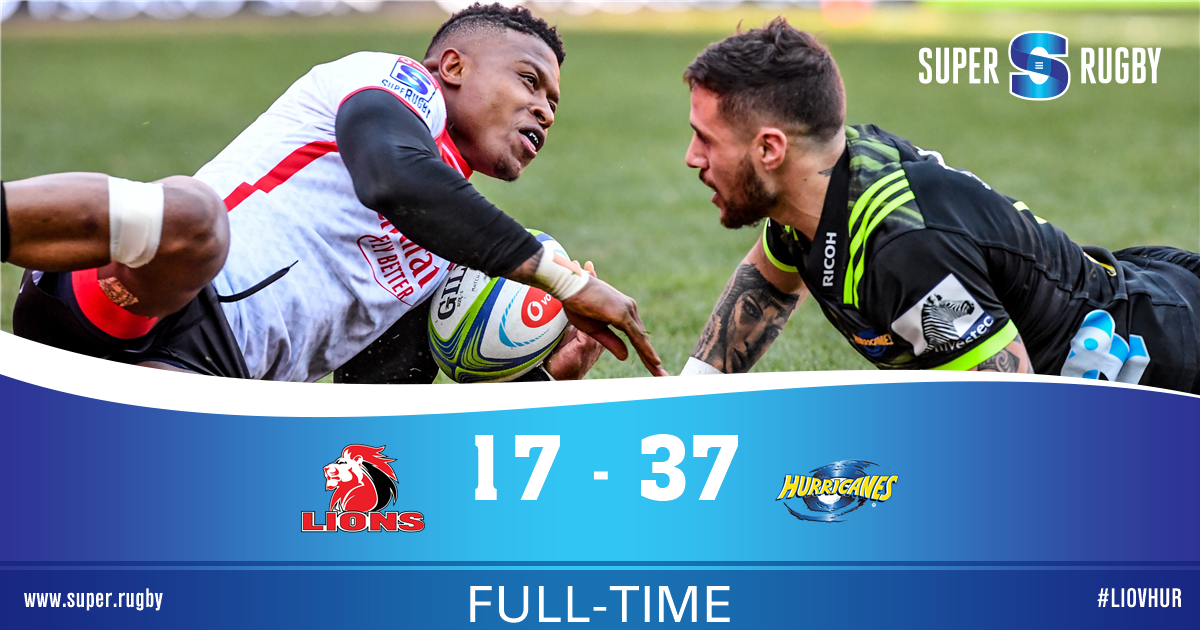