The Hurricanes produced an outstanding second-half display to come from 19 points behind and defeat the Blues 29-24 at the Westpac Stadium.

With the Wellington outfit looking towards next weekend’s quarter-final, the visitors initially took advantage. John Plumtree fielded a weakened team and their comparatively inexperienced side were punished by the Aucklanders, who went into the interval 24-5 ahead via Tanielu Tele’a, Caleb Clarke and Melani Nanai tries.

However, the Canes benefited from a slack performance by the away team in the early exchanges of the second period, touching down twice through Fletcher Smith and Isaia Walker-Leawere.

The momentum had duly switched and, with the fourth placed finishers unleashing their talented bench which included TJ Perenara, Asafo Aumua and Ardie Savea, they won the game when Umaga-Jensen went over for the second time and Jackson Garden-Bachop kicked a penalty.

It has been another frustrating campaign for the Blues and this result rather summed up their year, but Leon MacDonald’s men were impressive in the early exchanges.

The Auckland-based team controlled the match throughout the opening 40 minutes and consistently caused problems for the hosts’ defence. They were rewarded with a penalty from Otere Black before the strugglers deservedly crossed the whitewash for the first time in the encounter.

Black, who arguably had his best game of the season, was the inspiration, wonderfully delaying his pass and allowing Tele’a an easy run to the line for a 10-point buffer.

MacDonald’s charges were making indents from all areas of the field and, with Sonny Bill Williams linking play nice in the midfield on his return, they created a number of opportunities. One of those well-worked attacks resulted in a second try as the opposition defence parted for Clarke to break through and score.

The ‘Canes did manage to hit back when a fine Danny Toala run ended in Umaga-Jensen scampering over, but Nanai opened up a 19-point advantage at the break.

Plumtree needed a response from his team in the second and, with the help of the bench, he received it. Smith was one of those to come onto the field and the replacement made a significant impact, scoring one and setting up another.

Both came from intelligent chip kicks through via Garden-Bachop, who superbly sent the full-back over for the first before the duo linked minutes later and provided Walker-Leawere with a chance to touch down.

All of sudden the momentum was with Plumtree’s men. Although the Blues increased the intensity and withstood a wave of attacks from the Wellington outfit, the visitors were struggling for territory and the dam eventually burst when Alex Fidow’s brilliant run and off-load saw Umaga-Jensen cross the whitewash.

Garden-Bachop then added his third conversion to take the Hurricanes into the lead before the pivot completed the win after kicking another off the tee. 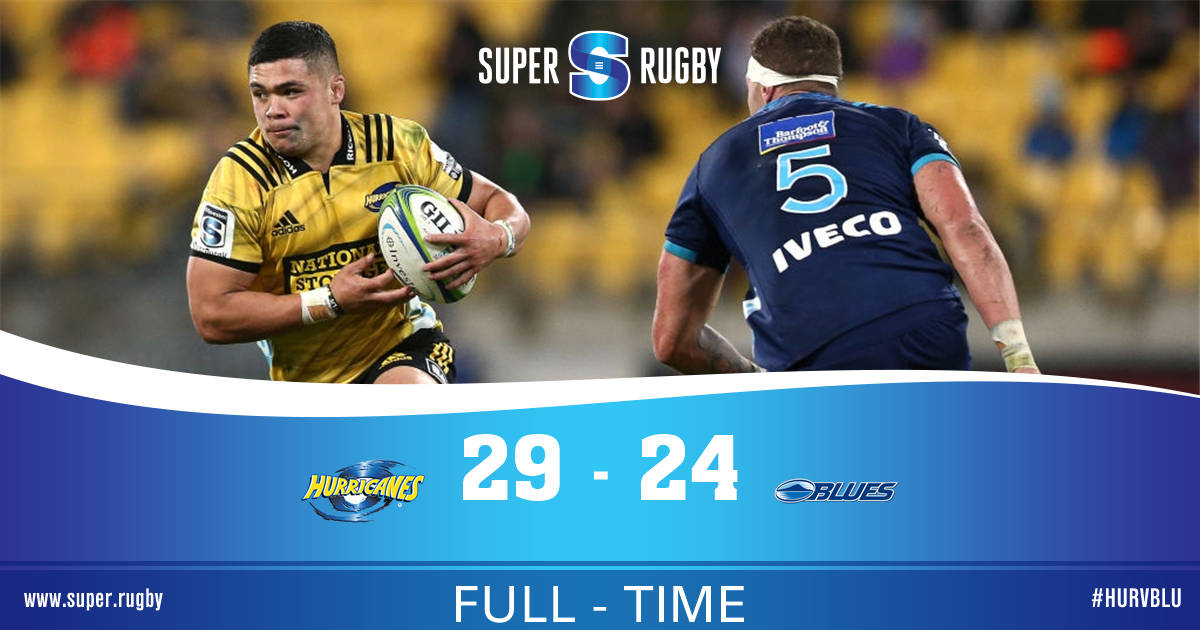