The Chiefs' miserable Super Rugby Aotearoa campaign came to an end in Wellington on Saturday, as the Hurricanes secured a 31-18 victory to keep their title hopes alive.

The Canes are now just one point behind the Blues and three shy of the Crusaders, but they must hope that the Highlanders cause a shock against the Crusaders on Sunday to give them an opportunity of winning it next week.

For the Chiefs, Warren Gatland has endured a poor first season in charge of the two-time Super Rugby champions, despite a positive start. They won four of their opening six matches in the original Super Rugby competition but have struggled since the restart, losing all eight of their Aotearoa contests.

Once again, the away side were competitive, but a disappointing first half-hour immediately put them under pressure as Peter Umaga-Jensen touched down twice for the hosts.

Damian McKenzie’s penalty was their only response before Sean Wainui went over early in the second period, but the Canes were ultimately too good.

Tries from Dane Coles, Kobus van Wyk and Billy Proctor sealed the win, despite Mitch Karpik keeping the Chiefs in the game until the latter stages.

Confidence and belief is evidently low at the Waikato outfit. They were given a license to play for this encounter but the visitors lacked ideas against a team that have enjoyed an impressive Aotearoa campaign.

Jason Holland’s men became the first side to end the Crusaders’ remarkable home record, claiming a 34-32 triumph in Christchurch, and they took that confidence into this clash.

There was an assurance to their play with TJ Perenara directing operations superbly. Perenara, like his All Blacks team-mate Aaron Smith, has been in excellent form over the past two months and he had a significant hand in the opening try when his bullet pass was collected and finished by Umaga-Jensen.

It was a stunning line from the centre but the half-back was instrumental in the score by consistently changing the point of contact and keeping their opponents guessing.

Although the Chiefs responded with a penalty from McKenzie, they failed to really create anything of note, and instead it was the Canes that provided that incisiveness.

The game was often frantic but it was the hosts that had a clinical edge when it mattered and they moved nine points clear after a piece of individual brilliance.

Following a set-piece move, the ball was shifted out to Wes Goosen. The wing surged down the left but was about to be tackled into touch when he threw a sublime off-load for Umaga-Jensen to finish.

Those were the moments that proved the difference between the two teams and left Gatland’s charges with plenty to do in the second period.

They had been boosted by a yellow card for Van Wyk, however, when the Canes winger was yellow-carded for a needless challenge on Brad Weber.

With Van Wyk off the field, the Chiefs responded through a well-constructed try which ended in Wainui crossing the whitewash.

The visitors now had the momentum and threatened once again when they burst through, but a poor Weber pass ended the attack and allowed the Hurricanes to gain a foothold.

Holland’s men didn’t need a second invitation and, after Perenara had taken play into the opposition 22, it was shifted left for Coles to touch down.

McKenzie’s three-pointer kept the Chiefs in the game but a brilliant cross-field kick put Van Wyk in, giving the hosts a 24-13 advantage with a quarter of the match remaining.

The visitors did not give up and were rewarded with a try from Karpik following an excellent driving maul, but the Canes eventually secured the victory.

It came from Proctor, who latched on to Jamie Booth’s excellent break and off-load to give them the crucial bonus point. 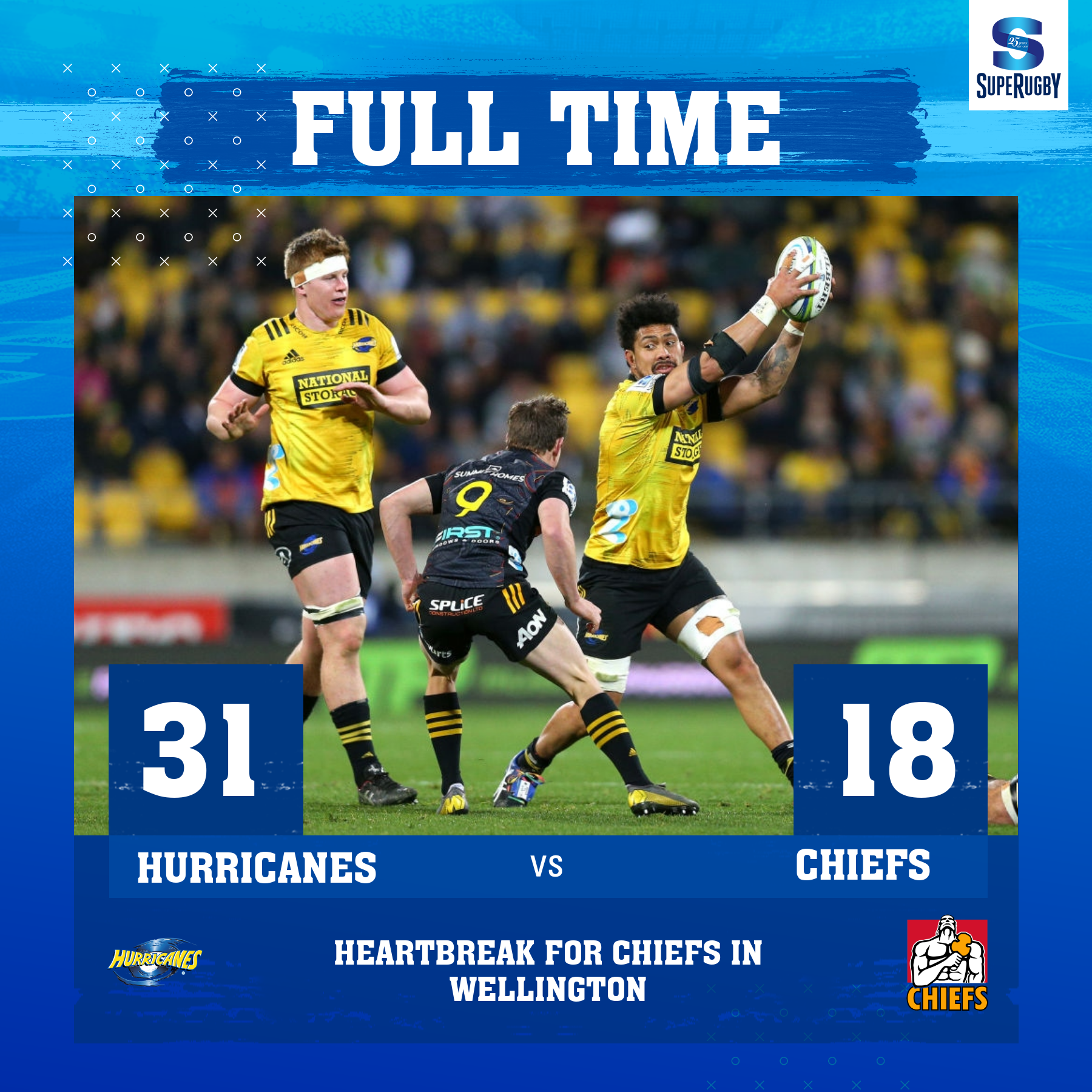