Hurricanes see off Rebels thanks to first-half blitz

The Hurricanes scored four tries in the first half to all but kill off the contest as they went on to wrap up a 29-19 victory over the Melbourne Rebels in Auckland on Saturday.

The Rebels headed into the match having won two of their last three games against New Zealand opposition, but there would be no joy for the Australian conference leaders this time around.

After an early missed shot at goal from Rebels centre Reece Hodge in the third minute, it was all Hurricanes from there, as they scored 26 unanswered points in the first half.

It was poor defence from the Rebels that led to the first try in the fifth minute, as Ngani Laumape collected a loose ball and ran through five defenders to touch down.

Captain and flyhalf Beauden Barrett kicked the easy conversion before the Canes resumed their onslaught after the kickoff.

After opting for an attacking lineout following a penalty, the ball was moved to Barrett quickly, who ran a smart angle to cut through the defence and cross over for his side's second try.

Only a knock-on in the build-up prevented what looked to be a certain third try for the Canes minutes later, but it merely delayed the inevitable as the home side resumed their attack, a slow and patient build-up this time that ended with Jordie Barrett freeing up winger Wes Goosen to score in the corner after 11 phases.

Barrett missed his first conversion of the evening to make it 19-0 after just 15 minutes, and six minutes later it became 26-0 after Barrett offloaded to big man James Blackwell and he stormed into a gap and handed it off to fellow back rower Vaea Fifita, who straightened and ran all the way to score the Canes' fourth try.

After all that action, the Hurricanes finally started to get some possession to work with, but they couldn't get themselves on the scoreboard, and indeed only a knock-on on late in the first half prevented the hosts from scoring again.

To the Rebels' credit, however, they came back strongly in the second half, helped somewhat by ill-discipline from their opponents, who seemed to take their foot off the pedal completely.

A try from lock Matt Philip finally saw them get on the scoreboard in the 52nd minute, after a smart pass from Will Genia cut open the Canes defence, with flyhalf Quade Cooper also involved in the build-up.

And 12 minutes later the Rebels scored again, Genia starting the move by creating a gap for Marika Koroibete, who offloaded it to substitute Billy Meakes to go all the way.

An unlikely comeback looked on the cards when the Rebels crossed over for their third try in the 70th minute after forcing a turnover in the scrum and sending the ball out wide for Hodge to score in the corner.

At that stage it was just a seven-point ballgame again, but the Canes finally woke up enough to secure a penalty in a kickable position, allowing Barrett to score a three-pointer that put them 10 points clear with five minutes to play.

And that was how it ended, as the Canes hung on for the victory that should have been much easier than it ended up being. 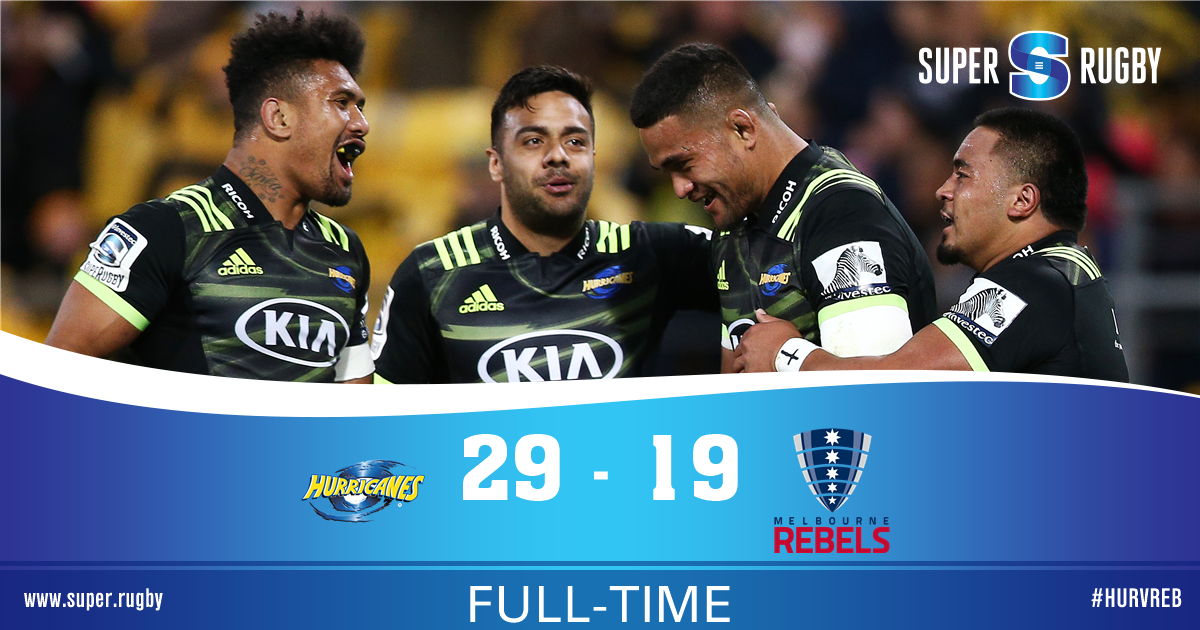