A late try and conversion from Beauden Barrett saw the Hurricanes end the Stormers’ three-game win streak on Saturday in an emotionally-charged match after the Christchurch attacks.

In a see-sawing eight-try game, the All Blacks flyhalf barrelled over with 10 minutes left then booted the extra points to settle a close-fought game 34-28.

The match got underway after the two teams linked arms in a circle during a moment’s silence to mark the shootings at two mosques which left 50 people dead and rattled New Zealand.

“They put a lot of pressure on us, so we have to take our hat off to that,” said skipper Barrett.

“We did well to slow them down and put them under pressure.”

South Africa’s Stormers came into the match with plenty of confidence after winning three in a row following a humiliating 37-point loss away to the Bulls in the opening round.

But playing in New Zealand is tough assignment and they failed to make the most of their opportunities.

“We missed a lot of tackles and when we had our opportunities we didn’t take then,” said Stormers captain Siya Kolisi. “We weren’t as physical as we wanted to be but we got better in the second half.”

The Stormers quickly took a six point lead with SP Marais slotting two easy penalties as they applied all the early pressure.

But the Canes, who rested All Blacks trio Dane Coles, TJ Perenara and Ngani Laumape, soon settled and when the Stormers made a mess of a line-out, they seized the ball and big prop Ben May drove over the line for his first try of the season.

With Stormers’ flyhalf Jean-Luc du Plessis in the sin bin, Jordie Barrett got their second mid-way through the half when the ball bounced nicely from a Richard Judd grubber kick.

But Kolisi soon hit back for the visitors by slipping through the defence after a line-out and they got another as the half-time siren sounded when Bongi Mbonambi flopped over from a driving maul.

The Stormers went into the break 21-15 ahead but the Canes came storming back with Wes Goosen sidestepping a defender and diving into the corner. Barrett’s conversion restored their lead.

Neither side could get a definitive upper hand with Jaco Coetzee crossing for the Stormers and Goosen getting his second before Barrett worked his magic to settle the game. 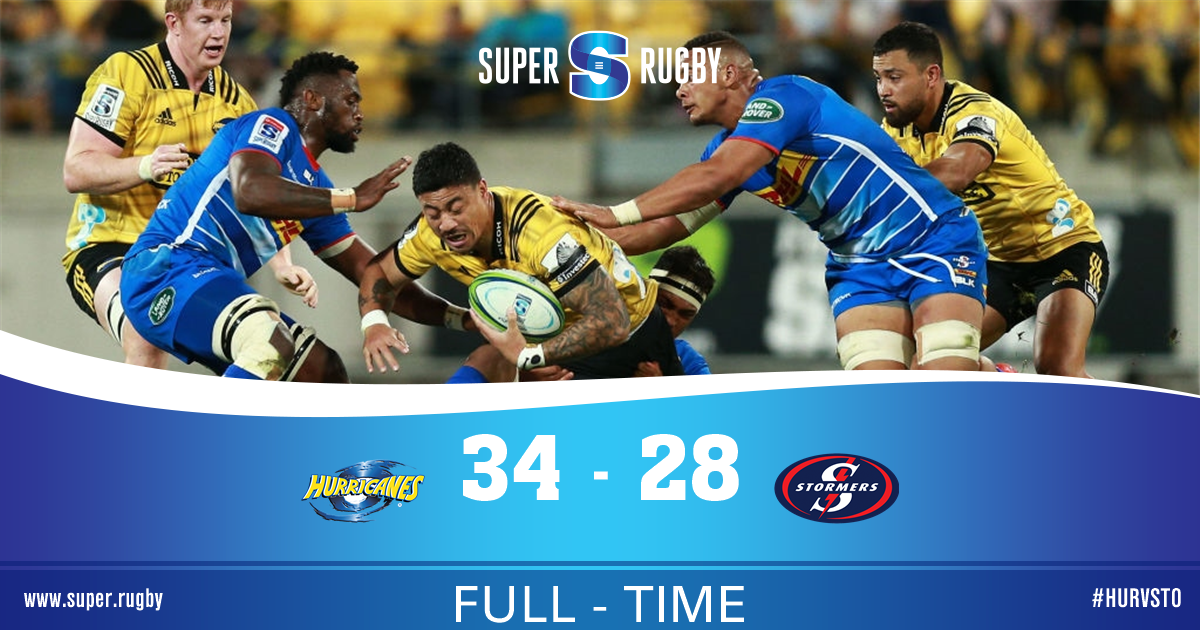 For Hurricanes:
Tries: May, J Barrett, Goosen 2, B Barrett
Cons: B Barrett 3
Pen: B Barrett