Hurricanes fly-half Beauden Barrett kicked a penalty after the final hooter to secure a narrow 24-22 victory over the Highlanders in Wellington on Friday.

The Highlanders won the territory battle early on and the pressure finally paid off, with a huge scrum on the Hurricanes line leading to Aaron Smith dotting down untouched.

The hosts bounced back after a superb pass from TJ Perenara put a rampaging Liam Mitchell bursting through a gap. The rangy lock held the ball up and popped it to a flying Ngani Laumape, who showed good pace to get the fiver and continue his superlative form.

Realising the tight struggle, co-captain Ben Smith opted for an easy three points to put them in the lead 8-7 midway through the half.

In the dying embers of the opening stanza, Beauden Barrett recognised space on the outside and launched an ambitious cross-kick, which that man Laumape gathered, beat one defender and crashed over for his brace. The hosts lead 14-8 at the break.

Somewhat against the run of play, the visitors were the first to score in the second half thanks to a good read from centre Sio Tomkinson, who intercepted a pass 40m out and crossed the line in splendid isolation. The conversion saw them take the lead.

The Highlanders extended their advantage after a well organised 12-strong maul allowed Liam Coltman to fall over the line for their third try.

But the Hurricanes set up an exciting finish via a well executed backline move that created oodles of space on the outside. After Jordie Barrett drew his man, Ben Lam dotted down untouched in the corner, tying the contest at 22-all with just seven minutes to play.

Highlanders looked to have survived a multi-phase onslaught after the final hooter but they conceded a penalty at ruck time just 25 out and right in front of the poles. Barrett went on the kick the winning penalty to sneak the victory. 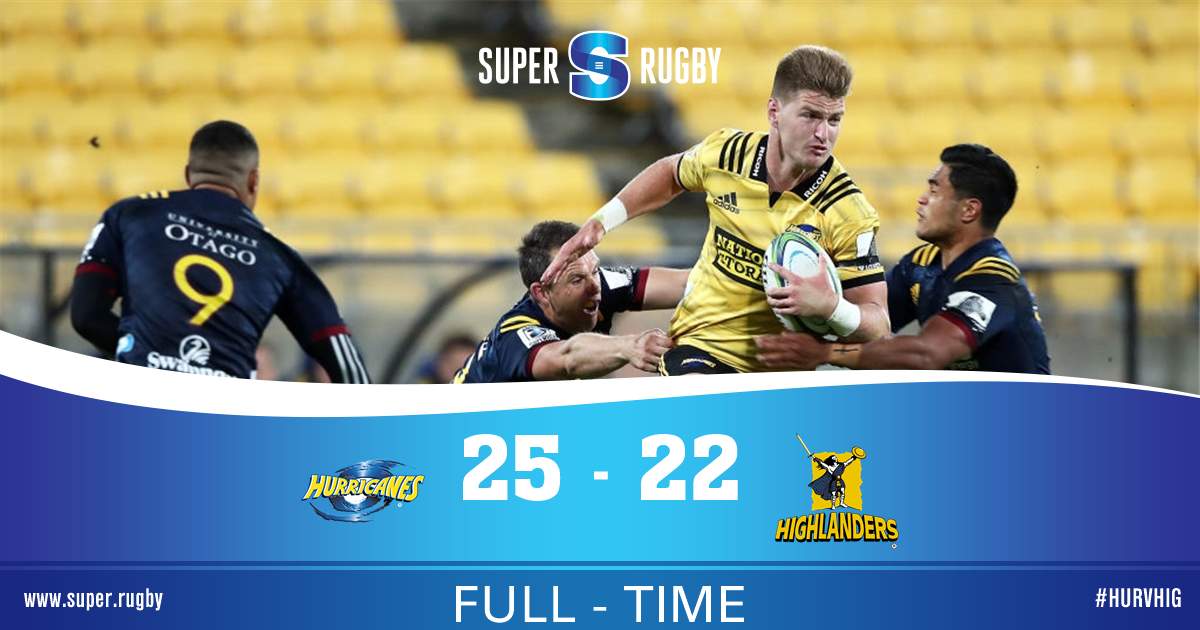