Hurricanes too slick for the Brumbies

The Hurricanes ran riot against a poor Brumbies outfit in the opening Super Rugby clash of the weekend on Friday, winning 43-13.

The hosts were quick to meet the expectations of the eager Palmerston North crowd, running in two converted tries in the opening 16 minutes. A returning Dane Coles - who was superb all evening - opened the scoring while the backline showed slick hands to put centre Ngani Laumape away.

The Brumbies finally struck back with one of their best weapons, the lineout drive, to open their account midway through the half.

Coles then dotted down for his brace in the dying members of the opening half as the Hurricanes again showed excellent handling skills to send the hooker over the line in the corner.

Aided by some poor Brumbies kicking, the game opened up in the second stanza and the Hurricanes took full advantage.

Laumape continued his sublime form, running in two more tries in seven minutes. The All Black centre showed great strength to shrug off two tackles for the first, while he showed his pace to run 60 metres for his hat-trick.

The Brumbies managed a consolation try with eight minutes left on the clock after some enterprising backline play. Irae Simone drew the defence and put fellow centre Tevita Kuridrani in space, who eventually offloaded to debutante Tom Wright who scored with his first touch in Brumbies jersey.

With time up and the visitors looking for more points, high risk rugby lead to an intercept try from Hurricanes lock and debutante James Blackwell. 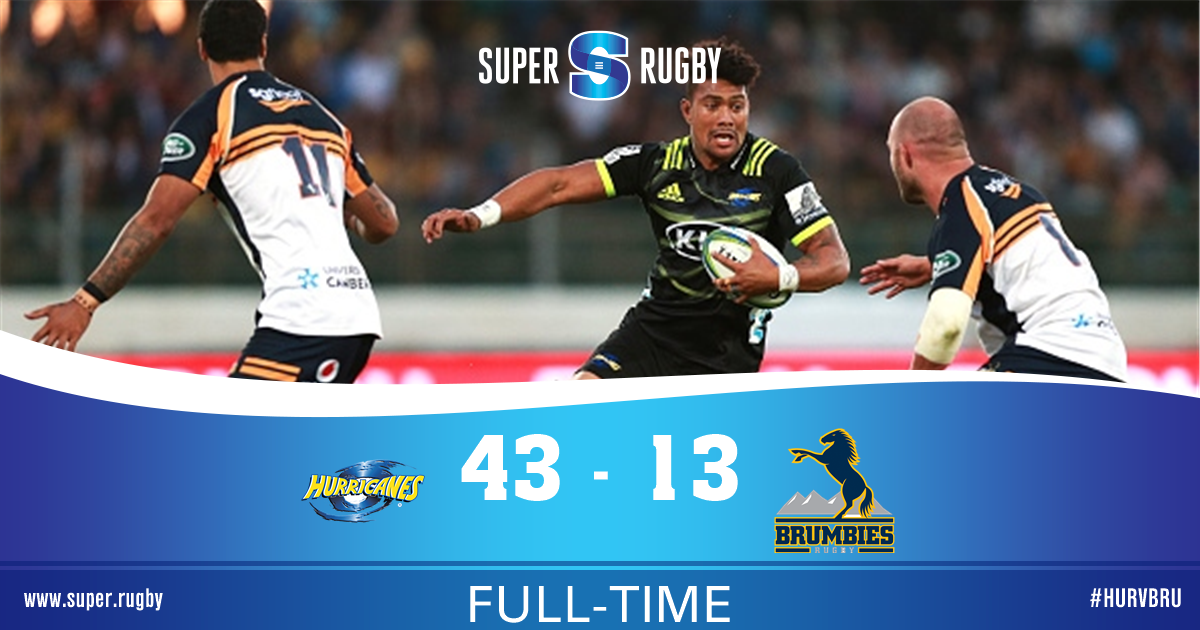