Jaguares Come From Behind to Down Reds

The Jaguares claimed a morale-boosting 43-27 victory over the Queensland Reds at Estadio Jose Amalfitani in Buenos Aires on Saturday.

Julian Montoya (3), Emiliano Boffelli, Santiago Socino and Tomas Cubelli scored for the hosts while Tate McDermott, Liam Wright and Chris Feauai-Sautia got themselves on the try column for the Reds.

The Reds scored first. After winning an attacking scrum in the Reds' 22, scrum-half McDermott finished off a patient build-up from the Australian side. Jock Campbell added the extras for a 7-0 lead after 13 minutes.

The Reds were exploiting the weakness in the Jaguares defense on the blindside and captain Wright busted through a tackle and stayed on his feet to dot down for his side's second try. Campbell's conversion made it 14-0.

In the 23rd minute, the Jaguares won a penalty and kicked for touch five metres from the Reds' line, with Montoya going over at the back of the driving maul. Domigo Miotti added the extras.

Soon after, Feauai-Sautia got in on the act. The Reds once again utilised the blindside to their advantage. Taniela Tupou created the space with Feauai-Sautia rounding off.

Feauai-Sautia grabbed his brace in the 34th minute but Miotti's cross kick for Boffelli ensured the hosts hit back on the stroke of half-time to cut the deficit to 12 going in to the interval.

And the Argentine side were within just one two points shortly after the interval after Montoya grabbed a second and Miotti converted from virtually up against the touchline.

Campbell landed another penalty but Wright was sin-binned on the hour mark and the Argentines capitalised, with Montoya levelling matters after finishing off another well-worked driving maul to complete his hat-trick.

Replacement hooker Socino left off where Montoya had started, grabbing a try of his own from the rolling maul. And scrum-half Cubelli put the final nail on the coffin ten points from time with an opportunistic finish as Tomas Alborbnoz converted for the 43-27 victory. 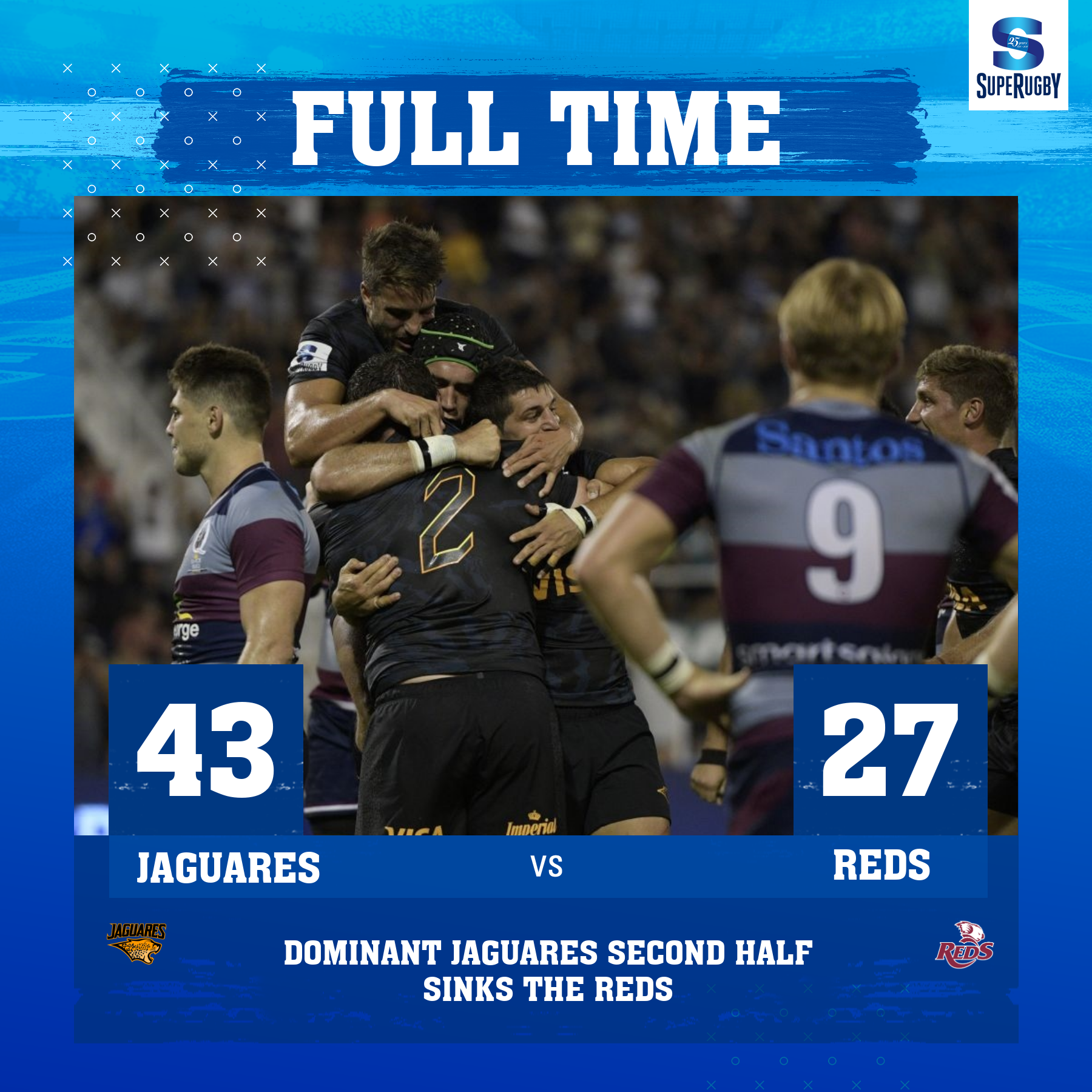