Losing 2019 finalists, the Jaguares, continue to make a big impression in Super Rugby led by a formidable pack...

The Jaguares have made a tremendous impact since arriving on the Super Rugby scene in 2016, reaching the final of the 2019 campaign in a valiant effort against the Crusaders. Several of their players have emerged as top-line talents in the competition. Let’s look at those individuals who have caught the eye.

Guido Petti Pagadizaval has won the most lineouts (309 – incl. 38 steals) of any player in Super Rugby since the Jaguares emerged. Impressively, he is the only player in this period to have won 250+ lineouts (271) off his team’s own throw as well as a total tally of 300+. Only the Lions’ Franco Mostert (35) has also managed to steal 30+ lineouts since the Jaguares’ Super Rugby inception, three fewer than Pagadizaval (38).

Only one lock has gained more metres than the Argentine (921) across the Jaguares’ lifespan (Matt Philip – 954). In 2020 Pagadizaval's figures continued to impress and he made four of the first five Teams of the Month [with only sevens rounds played to date!].

Pablo Matera [man-of-the-match in 2019 Final - pictured below] has made the most carries (573) and third-most offloads (57) of any forward in the competition since 2016, only NSW Waratahs’ workhorse Michael Hooper (569) has also made 550+ carries. In fact, the Hurricanes’ Ardie Savea (132) and Hooper (118) are the only flankers to have beaten more defenders than Matera (104) since his debut. 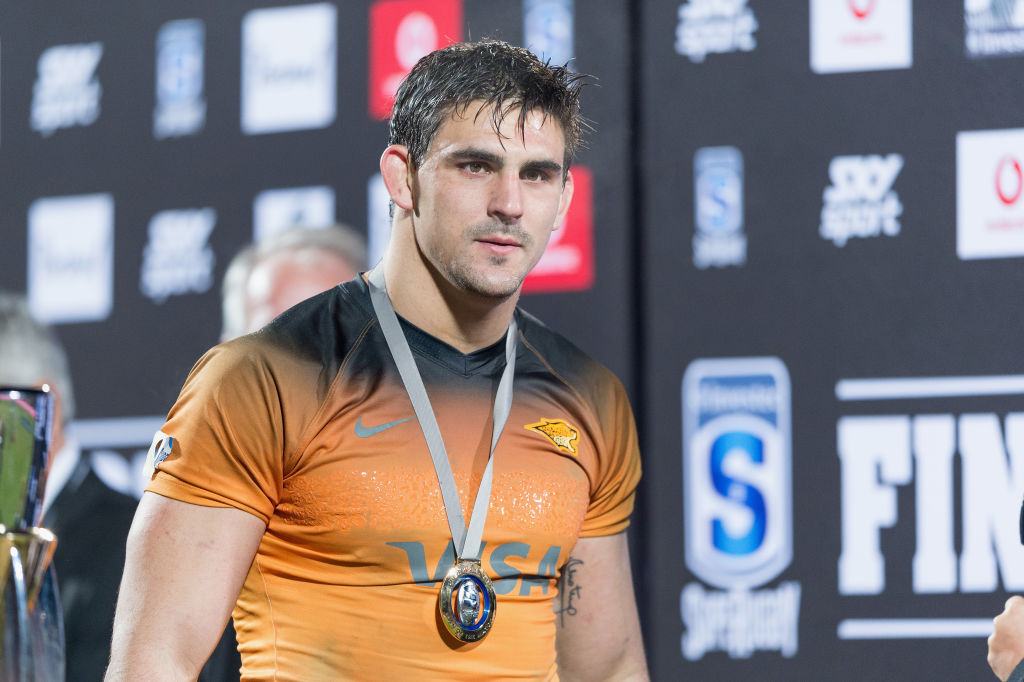 The Jaguares’ continued growth and emergence in the competition will be most intriguing to watch over the coming years, it will be interesting to see which other players can make a name for themselves.