The Jaguares’ maiden semi-final appearance is on the horizon this weekend and the team from Buenos Aires will be set on making their first Final also.

The Jaguares have become a much more disciplined squad in the fourth year of competition in Super Rugby. They may be the fourth best attacking team in the competition this season based on points scored per game, but the way they’ve gone about it may come as a surprise to some who’ve not closely followed the Jaguares’ tale.

Known for enterprising rugby in their early campaigns, the Jaguares are currently averaging club-record lows in metres gained (379), defenders beaten (19), and offloads (6.9) in Super Rugby 2019. That hasn’t stopped them from reaching their best finish in a tournament thus far though. 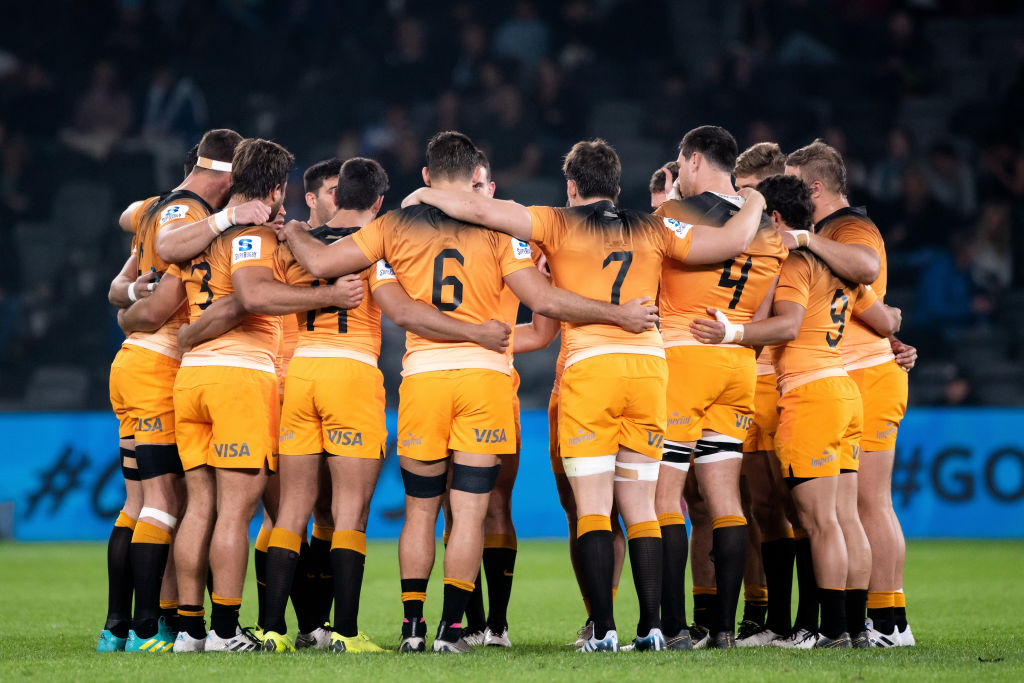 The Jaguares have excelled in other areas, particularly in defense and in their discipline. The Argentine squad have made an average of 128 tackles per game in 2019, more than any of their previous three seasons yet have still managed to boost their tackle success rate to a club-best 85% - three percentage points higher than their figure from last season.

The club’s 8.3 turnovers won per game in Super Rugby 2019 is by far their highest figure for any of their four seasons in the competition thus far; indeed, it is the second highest of any team this season behind only the Hurricanes (8.8) whom they could potentially meet in the Super Rugby final this year.

Similarly, their 91% success rate at the lineout sees them ranked third in this regard so far in Super Rugby 2019 and is the club’s best figure at the throw in any of their four campaigns thus far. 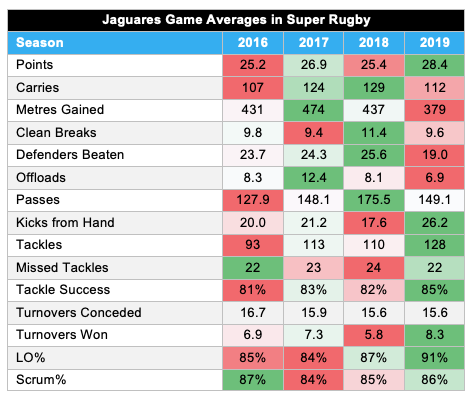 The aforementioned improvement in turnovers won could well be the catalyst for the Jaguares continued success in the competition. Ranked second in the category, they’ve managed to score a total of 13 tries in Super Rugby 2019 after beginning possession with a turnover won – the joint-most of any team in the competition.