Jaguares snatch victory from the jaws of defeat

The South Africans began the game with a very measured approach, keeping the ball tight around the breakdown and taking very few risks. Their physicallity was well matched by the Argentines but they were still able to creep into a 9-0 lead through three penalties via the boot of Manie Libbok.

However, their gameplan was completely upended in the 27th minute when Pablo Matera spotted a gaping hole in the the home side's defence and darted through for the first try of the game. The conversion from Santiago Iglesias gave them the lead for the first time in the fixture.

The home side tried something a little different after the break and it paid dividents almost instantly. For probably the first time in the game, the Bulls sent the ball down the backline spreading it wide. They showed fantastic hands in the tackle to open space for Jade Stighling to go over in the corner, resulting in Libbok missing the conversion.

Libbock added two more penalty and Iglesias one as the game remained tight but seemed to be in the hosts hands with the score at 20-10 - until the visitors suddenly shifted gear in the final 10 minutes.

Two stunning backline moves that included 13 phases and over 25 passes resulted in two glorious tries for Motti (73', 75'). The home side's defence looked completely spellbound by the magisty of it. Although they better have a more rational explanation for their defensive coach who is bound to be absolutely livid with their late lapse in concentration.

Miotti was only able to convert the first of his tries, but ultimately it was enough to secure them a late, dramatic and completely unexpected 20-22 win. 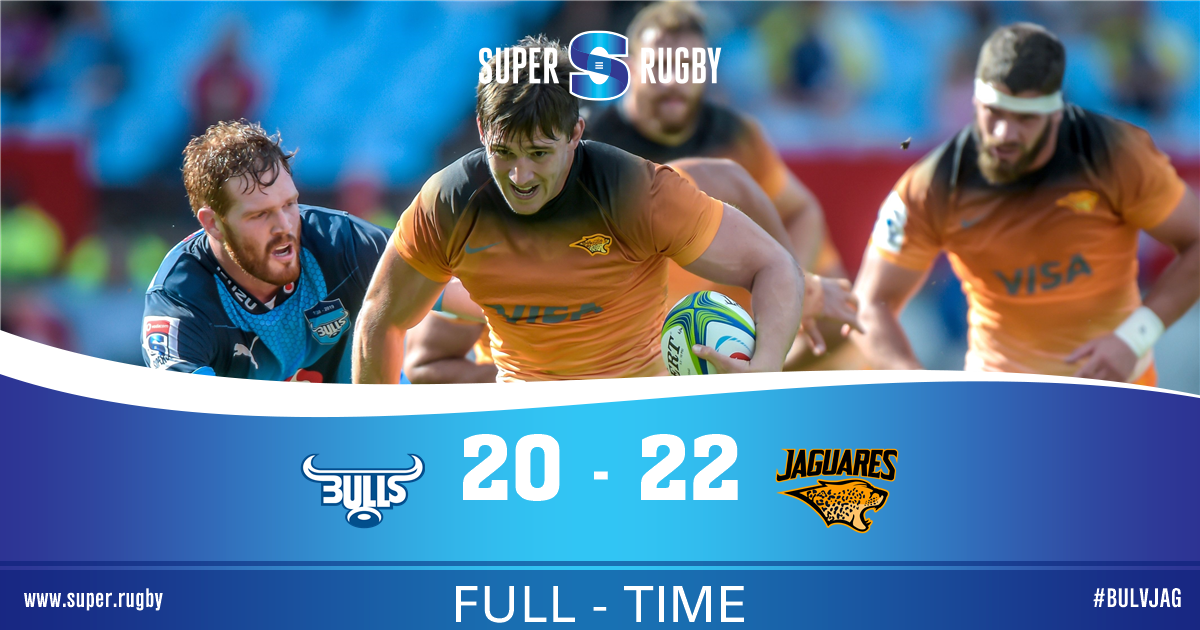