A Tevita Kuridrani hat-trick helped the Brumbies to an impressive 22-10 bonus-point victory over the Bulls in their Super Rugby clash in Canberra.

The Brumbies were full value for the win as they outscored their visitors by four tries to one, with Irae Simone crossing for their other five-pointer and Christian Lealiifano adding a conversion.

For the Bulls, Hanro Liebenberg crossed the whitewash and Manie Libbok slotted a conversion and a penalty.

The visitors were competitive during the first half and the Brumbies held a slender 12-10 lead at half-time, but the men from Pretoria faded badly after the interval as the home side held the edge in most facets of play.

The Bulls were fastest out of the blocks and opened the scoring via a penalty from Libbok in the second minute, but it did not take long for the Brumbies to respond with Kuridrani going over in the right-hand corner for the game’s opening try.

The hosts then suffered a setback in the 15th minute when Tom Cusack was yellow-carded for a professional foul close to his try-line.

The Bulls made full use of their numerical advantage and midway through the half Liebenberg crashed over for his side’s only try off the back off a strong scrum on the home side’s five-metre line.

Just before half-time, Kuridrani dotted down again after running onto the ball at pace deep inside Bulls territory, before Lealiifano added the extras to give his side the lead for the first time in the game.

The Brumbies made a terrific start to the second half when five minutes after the restart Lealiifano and Henry Speight combined to create space for Simone, who crossed for his first Super Rugby try.

Just before the hour-mark, Kuridrani all but sealed his side’s win when he crossed for his third try following a line break down the wing from Speight, and although the Bulls tried to fight back during the game’s latter stages, they were kept at bay by a solid defensive effort from the hosts. 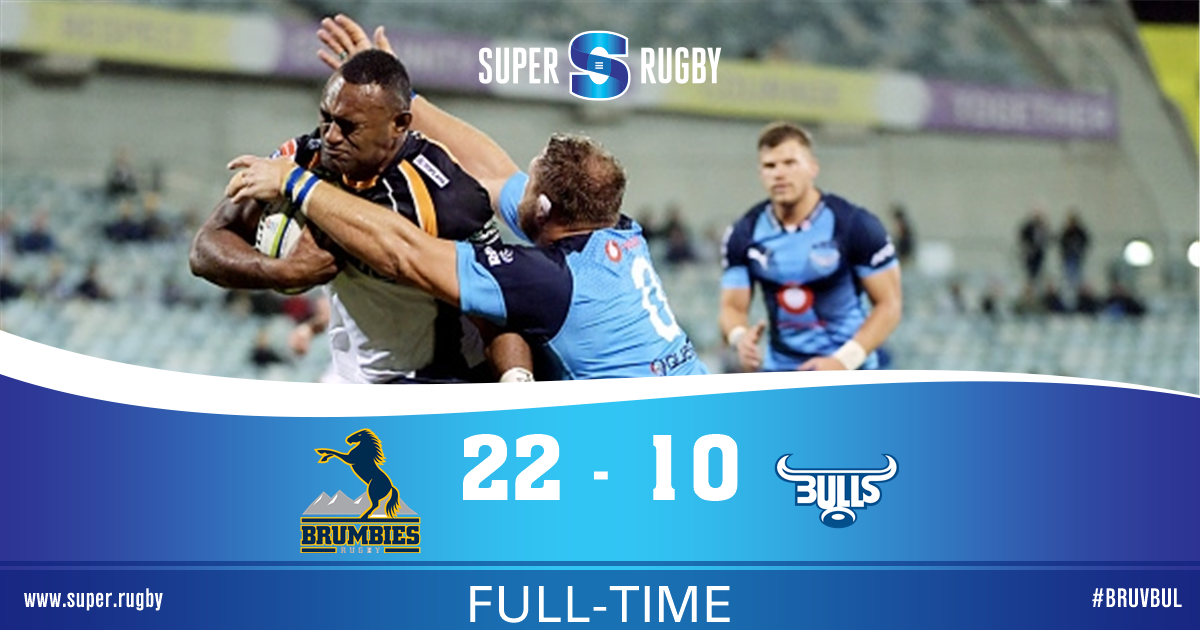