Ben Lam led the way with a hat-trick of tries as the Hurricanes secured a deserved 28-19 victory over the Lions in Wellington on Saturday.

In a fast-paced and entertaining encounter, the Hurricanes were full value for their win and although the Lions finished stronger, the home side outscored them four tries three to notch their eighth successive victory.

The win means the Hurricanes close the gap on New Zealand Conference leaders the Crusaders although the men from Wellington will rue the fact that they failed to secure a try-scoring bonus point and they are now two points adrift of the men from Christchurch on the table.

Meanwhile, the Lions are still in first place in the South African Conference although the second-placed Jaguares have closed the gap in the standings to seven points after their win over the Chiefs in Rotorua on Friday.

The game came alive in the eighth minute when Ben Lam gathered a loose pass just outside his 22 and shrugged off tackles from Ruan Combrink and Lionel Mapoe before crossing for the opening try in the left-hand corner.

The Lions tried to fight back but despite some forays into the Hurricanes’ half, they were kept at bay by a resilient defensive effort from their hosts.

And to make matters worse for the visitors, they lost the services of their Springbok hooker, Malcolm Marx, who was forced off the field with a leg injury shortly after Lam’s first try.

The Hurricanes continued to dominate as the half progressed and in the 25th minute they increased their lead when Ardie Savea crossed for their second try after Matt Proctor set him up with a superb line break in the build-up.

Beauden Barrett converted both tries which gave the Hurricanes a 14-0 lead but the Lions fought back bravely and narrowed the gap on the stroke of half-time when Nic Groom crossed for a try from close quarters. Elton Jantjies added the extras which meant the Lions were back in the game with the score 14-7 to the Hurricanes at half-time.

The second half started brightly for the home side and five minutes after the restart they took the ball through some phases in the Lions’ 22 before Ngani Laumape threw a long pass to Lam, who stepped past a couple of defenders before dotting down.

The Hurricanes stepped up a couple of gears on attack and were in the 54th minute when Beauden Barrett, Ardie Savea, Laumape and Proctor all played prominent roles in creating space for Lam, who outsprinted the cover defence before crossing for his third try.

That score saw the Lions ringing the changes and they narrowed the gap shortly afterwards when Marnus Schoeman burrowed his way over the try-line although Jantjies’ conversion attempt was off target.

The Lions dominated the latter stages of the match and in the 75th minute, Sylvian Mahuza scored their third try which added some respectability to the final score. 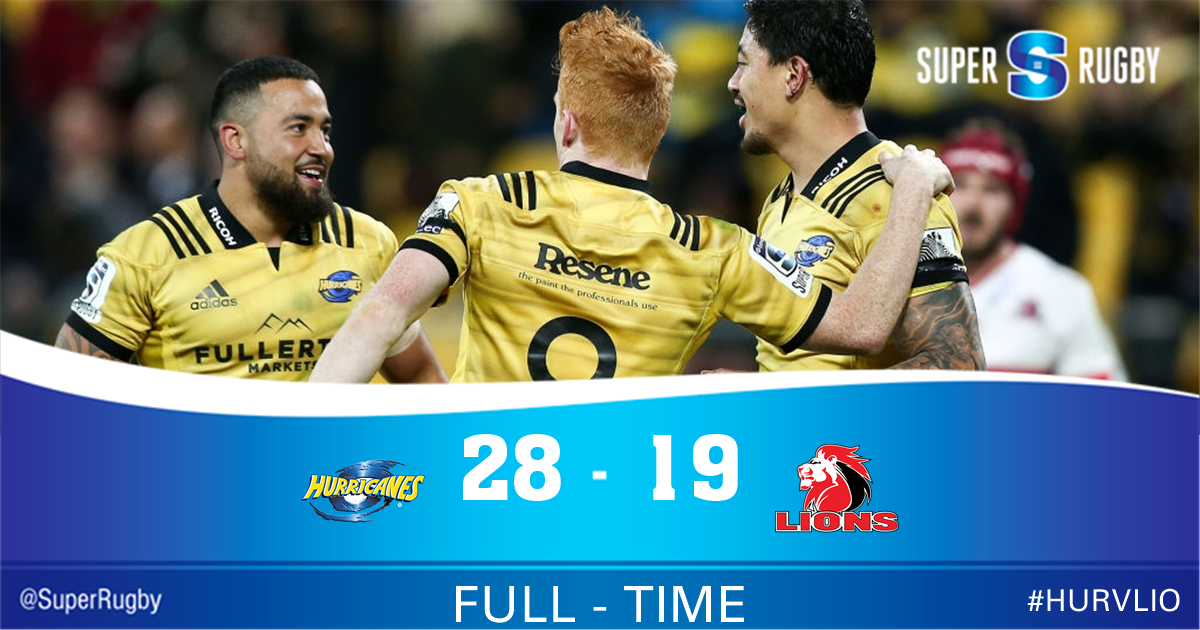