Hawke's Bay midfield back Ollie Sapsford is proof that there is still a place in rugby for late developers.

Sapsford, 26, will start a two-year contract with the Brumbies in Super Rugby Pacific next year.

A qualified carpenter, Sapsford is set to build on his rugby prospects after a season when Hawke's Bay won New Zealand's minor provincial rugby championship and retained the Ranfurly Shield.

He is looking forward to learning from the likes of Irae Simone and Len Ikitau while also competing for a place in the backline.

"Coming over here, I looked at playing in the midfield, growing as a midfielder and getting some experience. I would love to be in there, but [I would be] happy to fill in on the wing, wherever I'm needed," he told rugby.com.au.

The Brumbies backs had been helpful by responding to the many questions he had asked since joining the squad.

"I love knowing what's going on, so all the boys here have been great.

"It's lived up to what I expected. I had never played here before so didn't know what to expect, but it's a great setup, really good bunch of lads and coaching setup, so it's been good," he said.

Sapsford, who grew up in Mid Canterbury, went working on a farm in Western Australia where he had a season of club Australian Rules before returning to New Zealand to make his first-class debut for the province in Heartland rugby in 2016

"From when I could walk to when I was 14-15, I used to love rugby and playing through the age groups, but I just grew up, went to a rural school, got interested in building and started an apprenticeship when I was 16. 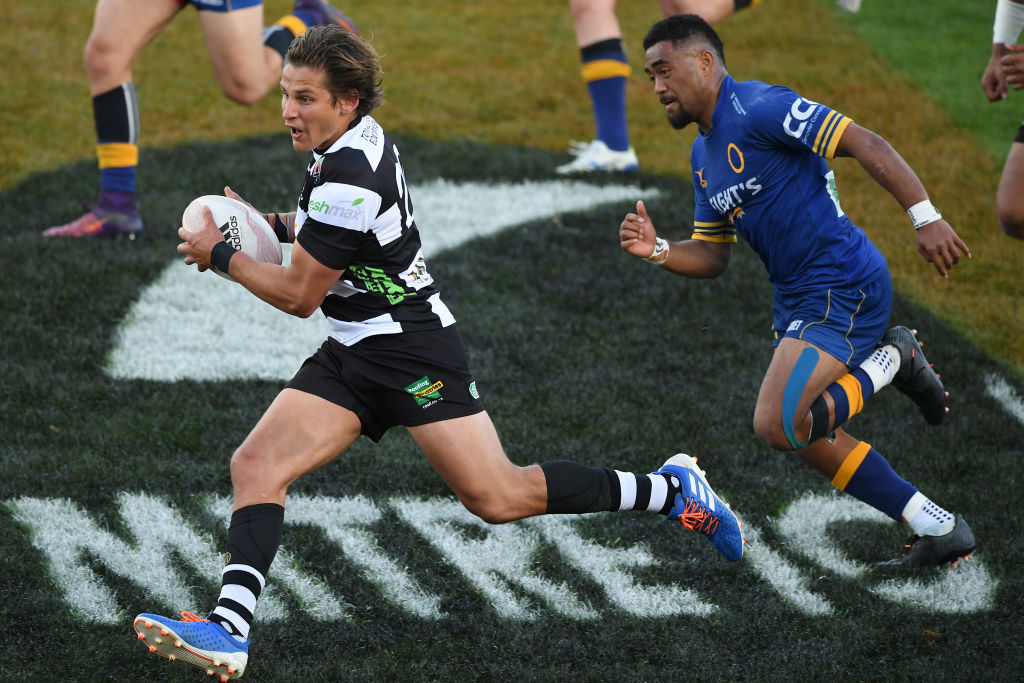 "I just went down a different path and focused on getting an apprenticeship, and once I got that done, I found myself coming back to rugby.

"It was a moment in Perth when I was playing some club AFL over there. They were asking what I was up to. I was just over there working on a farm, and they were saying I should go into Perth and give Aussie Rules a crack.

"I had a moment to myself and thought if I could do that in one season, I'd much rather go home and play the game that I love, and give rugby a crack."

The Aussie Rules connection helped develop his ability to catch high balls, a useful skill in Sevens especially. That saw him named in the All Blacks Sevens squad to prepare for the Tokyo Olympic Games.

"It feels awesome because the work I put in three years ago is starting to pay off now."

One thing led to another. His Mid Canterbury start resulted in the Wellington Rugby Academy offering him a spot. He moved to the capital, played club rugby and trained with the provincial team.

During that time, Hawke's Bay came calling, and he switched to Magpie country and hasn't looked back.

"The hard work when I was just a club player wanting to be a professional, you've got to start somewhere. I didn't play through the school system. I started when I was 19-20. That hard work is starting to show, so I'm super grateful and excited to be here now.

"I'm excited to test myself at this level and rip in," he said.