The Lions secured second place in the Super Rugby standings and a possible home semi-final after defeating the Bulls 38-12 at Ellis Park.

With the Waratahs going down at home to the Brumbies earlier in the day, the door was open for the Lions and they duly walked through it.

In reply the Bulls' try scorers were Manie Libbok and Jesse Kriel as their season ends in defeat. They finish bottom of the SA Conference.

It was the Bulls who came out firing though and raced into a 12-0 lead on 12 minutes thanks to those tries from Libbok and Kriel, one being converted.

Libbok's try on seven minutes was a thing of beauty as he slipped through on his own 22 before racing to the opposition's and then side-stepping Jantjies en route to the whitewash. Libbok, who was replacing regular playmaker Handre Pollard, certainly made an early point.

Kriel then made it 12-0 when he dummied and showed pace from 25 metres out, which proved to be a wake-up call for the Conference leaders.

They soon hit back when a line-out drive led to the ball going wide where full-back Coetzee put Combrinck over on the right for 12-7.

The Lions then turned down numerous kickable penalties which eventually paid off when Marx picked and barged over from the base to level.

Three minutes later Bulls prop Pierre Schoeman was sin-binned for a late charge and the Lions had an opportunity to make their numerical advantage count before the break. That they did when on 40 minutes Warren Whiteley put Skosan in wide out, with Jantjies making it 19-12.

It was surprising to see the Lions continue their stance of snubbing kickable penalties, especially on 53 minutes when they had another chance which would've made it a two-score game. That backfired after a knock-on allowed the Bulls to escape. One wondered if it would cost them.

Lourens Erasmus' powerful carry over the line almost rubbished that argument but he was held up. The Lions though regrouped from the scrum reset as referee Marius van der Westhuizen awarded the hosts a penalty try due to a dominant set-piece. That pushed the Lions 26-12 ahead.

From that point the pressure appeared to be off for the hosts and Combrinck made sure of the victory when he gathered a loose ball on 66 minutes, finishing well on the right wing. Jantjies could not add the conversion but the cushion was now 19 points in Johannesburg.

The day would not get much better for the Bulls as three minutes later Travis Ismaiel was denied a try due to alleged obstruction near to the ruck. Ultimately that was the visitors' final scoring opportunity as the game ended with Dyantyi's crossing to make it a comfortable win for the Lions. 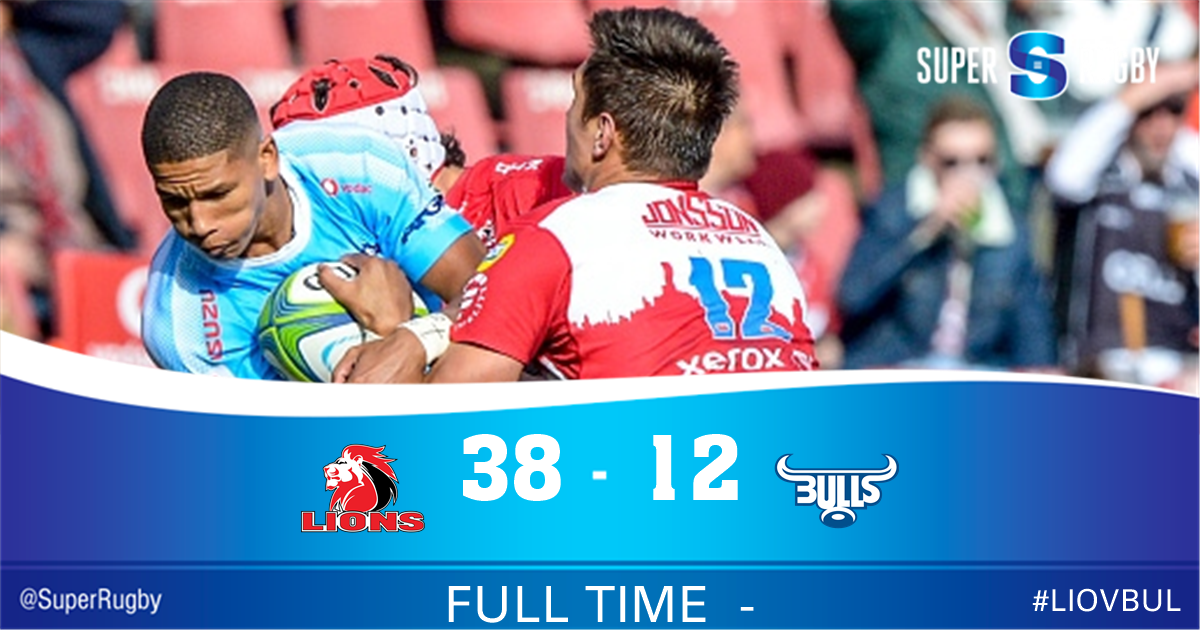