Three rounds, plenty of points and action on offer, so who is generating momentum and who is standing out in the ball carrying department?

We are now well into the Super Rugby Unlocked competition with the race to the top still very much alive. Having players who can bust their way over the advantage line and generate momentum will go a long way to finding the path to victory.

This can be seen in the fact that two of the five players to have made more than 10 carries over the gain line in Super Rugby Unlocked have come from the Cheetahs (Jasper Wiese – 13 and Rosko Specman – 12); the team from Bloemfontein finds itself in second on the ladder, just a solitary competition point behind the Bulls who have one representative in this category (Marco van Staden – 13). The Pumas in fourth place are only other side in the campaign with multiple representatives to make double figures in carries over the gain line, including the season leader so far (Neil Maritz – 14).

Only the Griquas’ Zak Burger (11/12 – 92%) and the Cheetahs’ Malcolm Jaer (9/10 – 90%) have crossed the gain line on 90% or more of their carries in Super Rugby Unlocked, amongst players to have made at least five total carries so far. In fact, the Cheetahs also feature prominently here as well, with Jaer and his teammate Aidon Davis (4/5 – 80%) the only pair from the same club amongst the six players in this category with a success rate of 75% or greater. 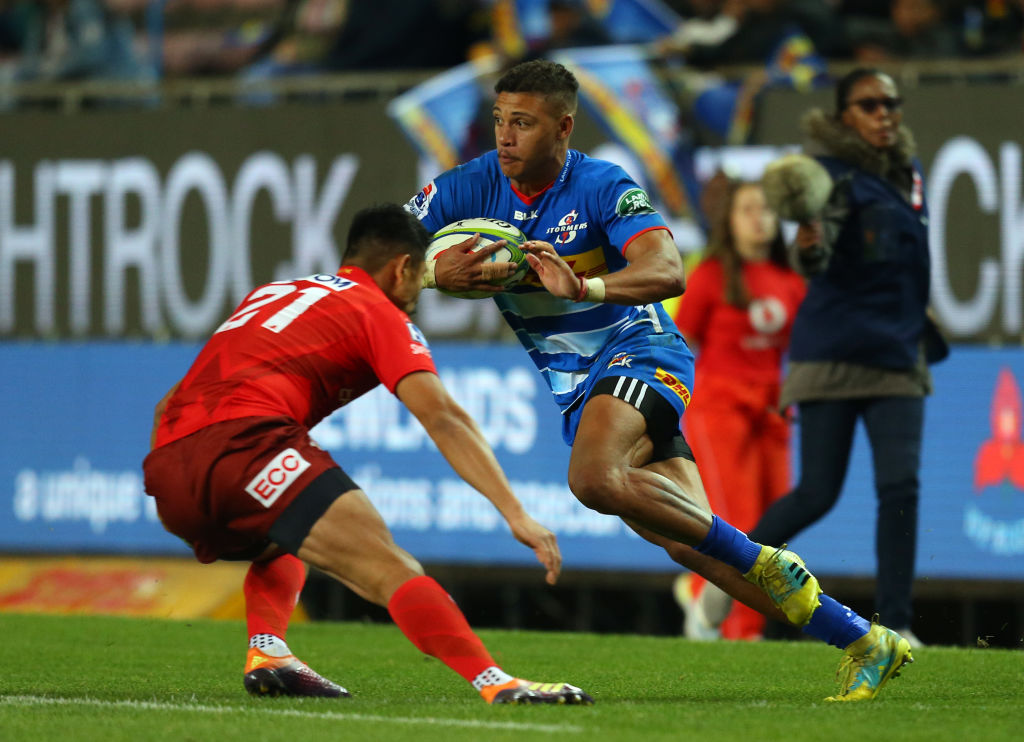 Malcolm Jaer also features prominently when you consider the metres gained per carry by a player. He has gained 13.4 metres per carry so far this campaign, which is the second-most of any player to have made at least five carries this season. Only the Stormers’ Edwill van der Merwe [pictured above]  – who has gained a whopping 15.7 metres per carry from his six forays thus far – sits above Jaer in this area. It is yet another category where the Cheetahs dominate, with three players in their squad boasting an average of 10+ in this regard (Jaer – 13.4, Rosko Specman – 12.3 and Tian Schoeman – 10.3) – no other side has more than one player.

As we approach the halfway mark of the competition which other players will step up and drive their team towards success?