Masters of the Maul

The maul has long been a key part of the game of rugby and its value has not waned over recent years and so far in this season 29 tries have been scored from mauls... but who are the maul masters?

The value of the maul has not waned over recent years, success in this area can often bring physical dominance as well as points on the board. So far 29 tries have been scored from mauls with the Brumbies accounting for eight of these, twice as many as any other outfit. Of those eight tries for the ACT side, Folau Fainga'a has dotted down five of them, an impressive tally for a player who has had a blistering start to the campaign.

Three other sides have scored four tries from mauls this season so far, NZ duo the Highlanders and Crusaders as well as the Jaguares. These four teams (including the Brumbies) account for six of the sides to rack up 100+ metres gained from mauls this season with the Stormers (0 tries) and Reds (1 try) the other two to join that club. It is the Argentine franchise though that have the best average gain rate per maul, gaining an average of 4.4 metres when they stick it up the jumper, and the also have the best success rate, maintaining possession from 95% of the mauls the have initiated. 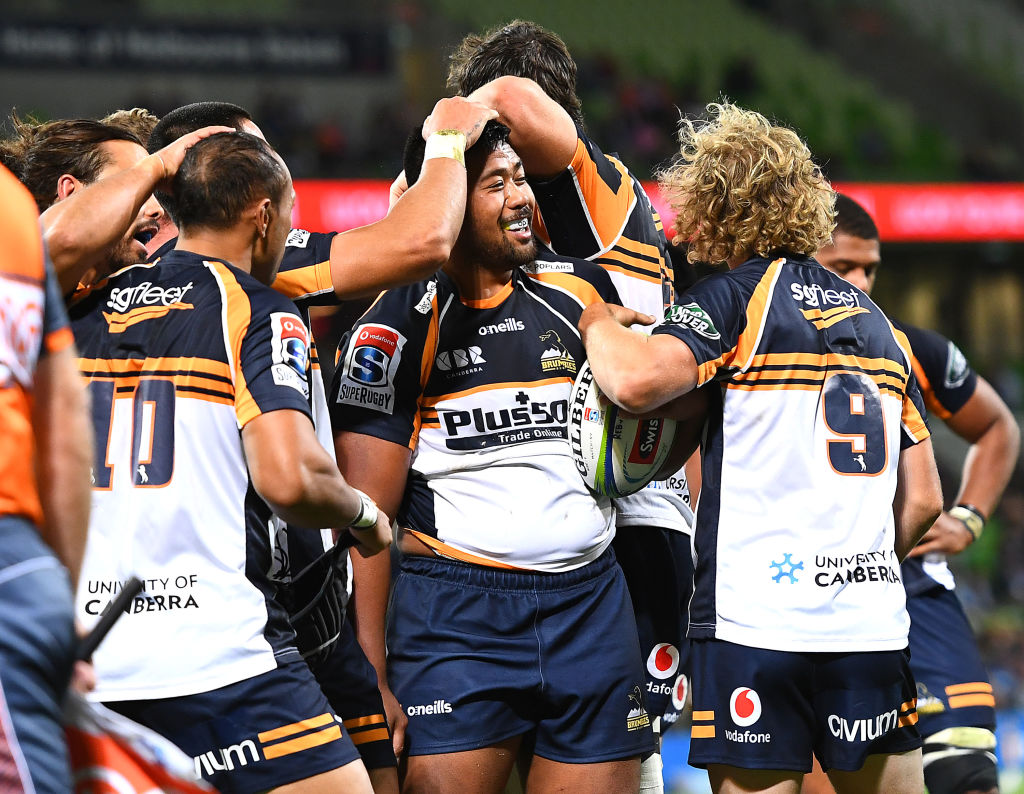 At the other end of the spectrum the Sunwolves have attempted just nine mauls all season, winning just six of those, clearly not an area of the game they see value in trying to dominate, rather relying on their explosive outside backs and the metronomic boot of star fly-half Hayden Parker. The Japanese side are one of six teams yet to score a try on the back of a rumbling maul, joined by three Kiwi sides (Chiefs, Blues, Hurricanes) and two South African units (Bulls, Stormers). The Stormers in fact have attempted more mauls (42) than any other side and have gained the third most metres from mauls, so maybe it is only a matter of time before some of them come crashing down on the other side of the whitewash.