Argentina loose forward Pablo Matera arrived in Christchurch last week and is ready for action with his new team the Crusaders.

However, coach Scott Robertson told the former Pumas captain [pictured below] to keep his powder dry until January 6. That's when the Crusaders will return from their holiday break to begin the build-up for the Super Rugby Pacific season.

Robertson added that Matera had been involved in a busy programme before arriving and would benefit from the chance to freshen up and to get used to life in the south.

Matera said he had enjoyed his first week with the side, meeting all the staff while also having them help in getting his family settled in Christchurch.

"Everybody knows about the Crusaders. I have known the Crusaders since I was a young kid watching them on TV," he said.

Matera said he thought he had reached the limit of his dreams but was glad he now had the chance to play for the Crusaders.

"I never thought I was going to be able to play for them," he said.

Since arriving in Christchurch, he had learned there was a significant Argentinian population in the city, and they had been messaging him.

But he said he also wanted to enjoy New Zealand. 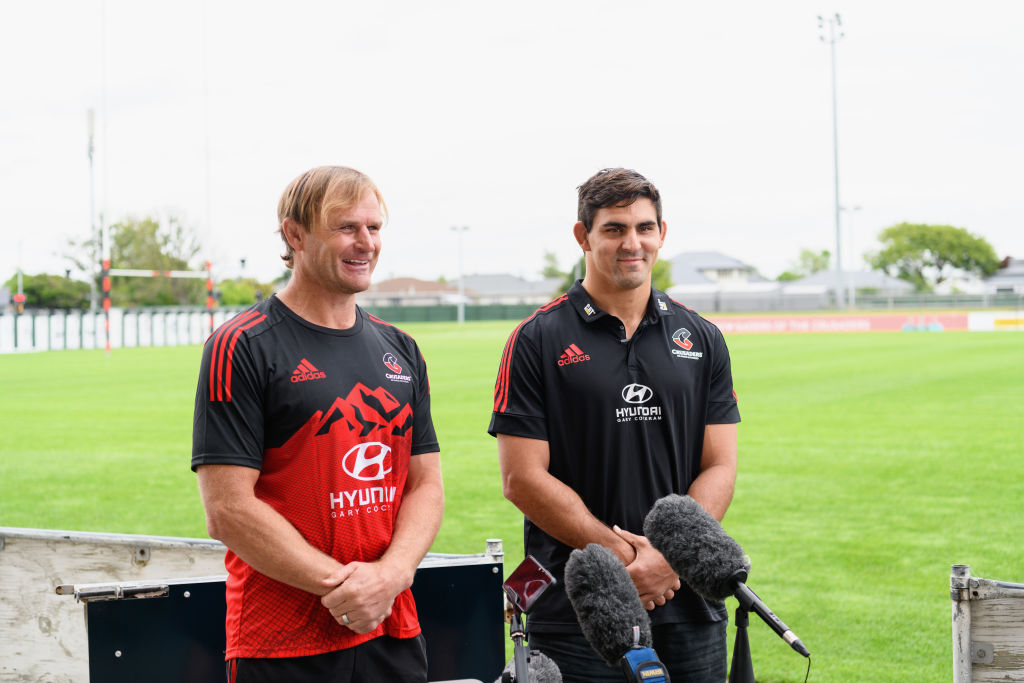 "I'm loving this place, I'm loving everything about Christchurch and my family is loving it too. I'm really looking forward to exploring," he said.

Robertson said the Argentinian community had reached out to him and his family. There was a difference from living in Paris, where he played for Stade Français, to Christchurch, but he said Matera was a country boy at heart, so it was a good balance for him.

Matera said it had been a challenge moving. They had to transfer from France via Argentina and then secure a MIQ place, and he didn't know if it would be possible to achieve his goal.

"Every day things changed and it was getting harder and harder, but I'm glad I'm here," he said.

Matera said the loss of Super Rugby for the Jaguares due to the changes forced by the Covid-19 pandemic had been disappointing.

The opportunity Super Rugby provided to lift Argentine rugby was significant. It allowed younger players to play rugby in their country instead of taking up overseas contracts.

And from one day to another, it had fallen apart when Covid struck, and players had to look overseas again.

He did have some regrets the Jaguares had not been able to win the 2019 Super Rugby final against the Crusaders in Christchurch. It had been awesome to be in the final, he said, after four years in the tournament, but they had missed a great chance to win.

He had no preference for blindside flanker or No8 and said he would play anywhere to get onto the field.

Robertson said Matera's experience at Test level and his ability to play all three loose forward positions would be useful for the Crusaders.

"There's a high attrition of players in that position. You normally lose one or two players over the season so you need depth," he said.

The loss of Tom Sanders and Whetukamokamo Douglas to Japan had also highlighted the need to cover their positions.

When Matera's potential availability was discussed with the team's leaders, there was no hesitation in having him. Matera said he wanted to help his own game while also helping the Crusaders.