The Crusaders were too strong for Jaguares in the Final but flanker Pablo Matera was outstanding as his side went down 19-3.

The SKY NZ TV commentary team rated his performance highly and awarded him the Player of the Match medal. Matera had an amazing season featuring in five Super Rugby Team of the Weeks during the season and contributed in every match he played in. He was instrumental in his team's successful season that saw them win the South Africa Conference and play in their first ever Final. Seventeen carries highlights his work rate and he was continually a thorn in the side for the Crusaders defence. 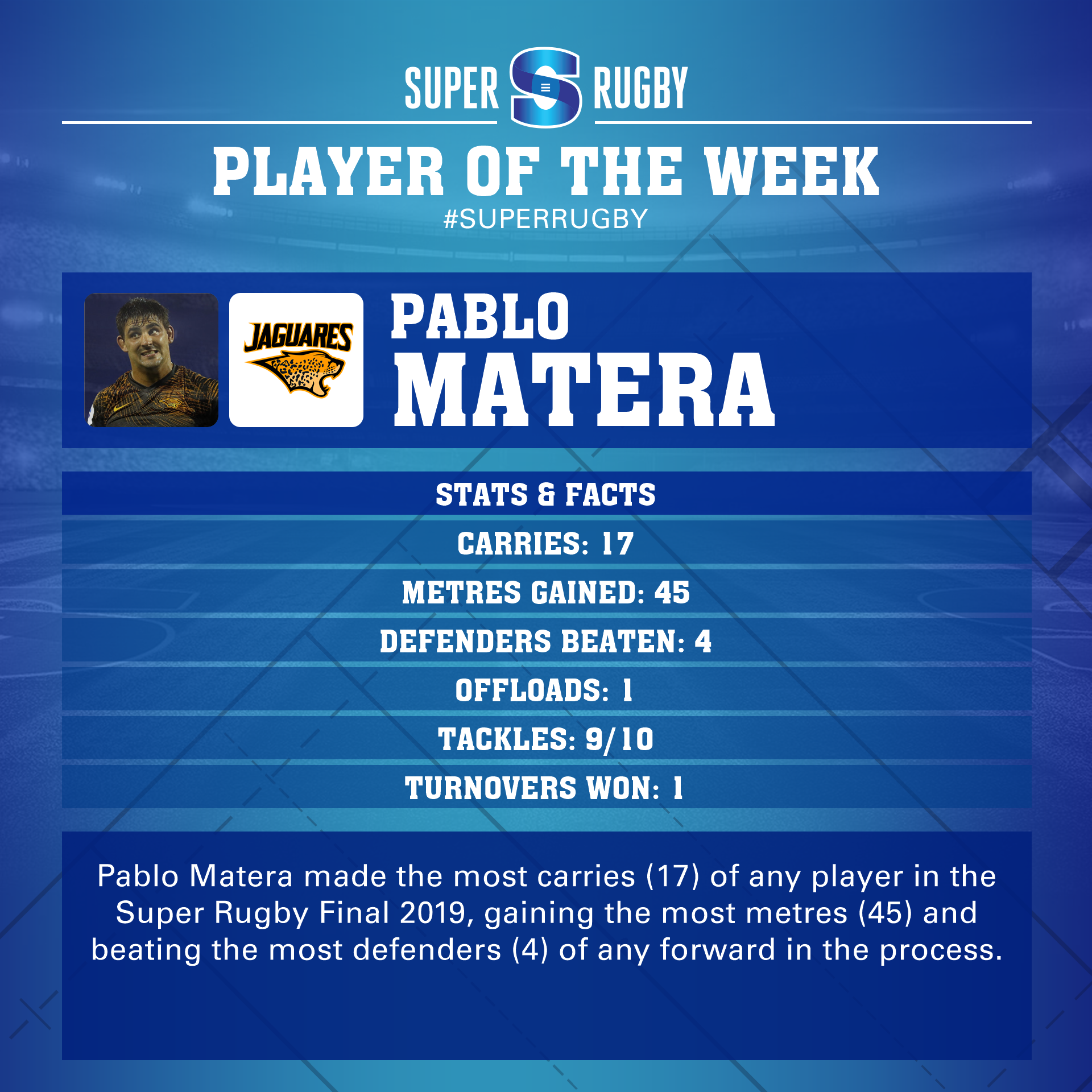 Other notable Jaguares performances in the Final came from the centres: Wing Matias Moroni who gained 97 metres, made four clean breaks and beat five defenders from his 10 carries; and captain Jeronimo de la Fuente who made 12 carries, more than double his opposing centre, for 36 metres gained and four defenders beaten as well as making 5/5 attempted tackles.

For the Crusaders Richie Mo'unga was terrific once again. He scored 14 of his team's 19 points via a 100% goalkicking record (5/5) on the night and made eight carries for 34 metres gained, an offload and two defenders beaten. David Havili was rock solid at the back on a tricky night for fullbacks, he made eight carries for 42 metres, beat four defenders and did not miss a single attempted tackle (5/5).

But is was upfront where the Crusaders won the match. The scrum was a standout and the defence around the ruck and the defensive line speed continually thwarted the Jaguares' attacks.

Flanker Matt Todd made the most tackles (17) of any player in the Super Rugby Final and was the only forward to make multiple offloads. Hooker Codie Taylor scored the only try in the Final, made two carries for 18 metres gained, and completed 8/9 tackles. Prop Joe Moody made the most carries (4) of any prop in the Final, making 7/8 of his tackles and winning a turnover.

Fellow prop Owen Franks played the joint-most minutes (56) of any prop to take the field in the Super Rugby Final, making three carries and six tackles. While captain Sam Whitelock led from the front producing the only try assist of the Final,  he made 100% of his attempted tackles (9/9) and made a clean break and beat a defender in his 32 metres gained. 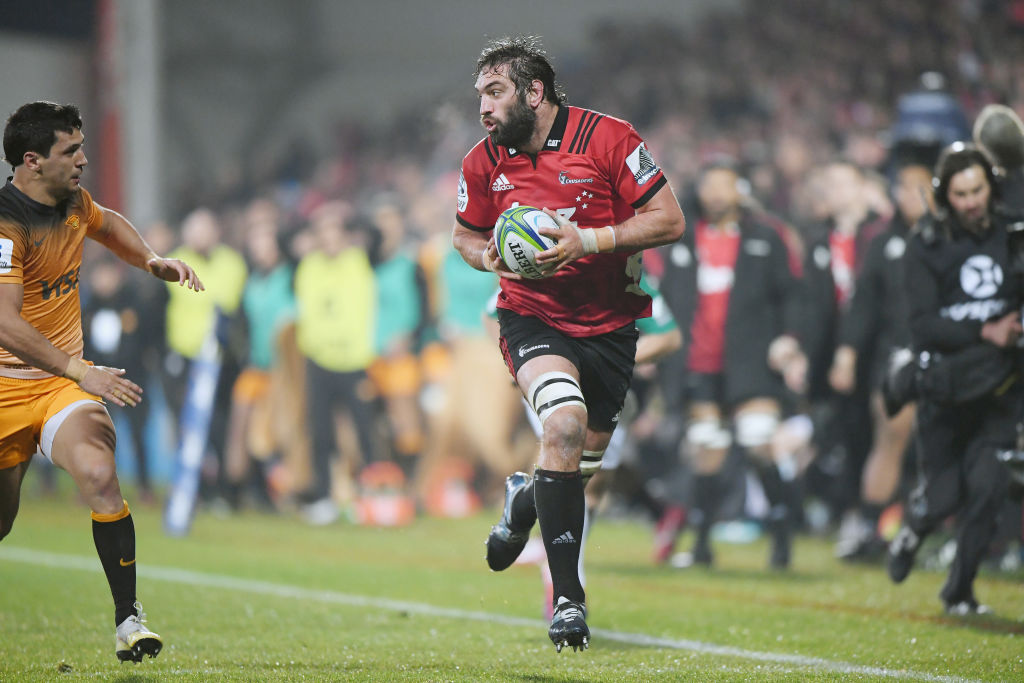