The Super Rugby Team of the Year has players from 12 of the teams and like the regular season is based on a comprehensive statistical  index that monitors in detail every action of every match [see below]. Player of the year is Chiefs' play-maker Damian McKenzie.

McKenzie's statistics are pretty impressive and earned him the fly-half spot in the Team of the Year; including beating 74 defenders and amassing 177 points during the season. 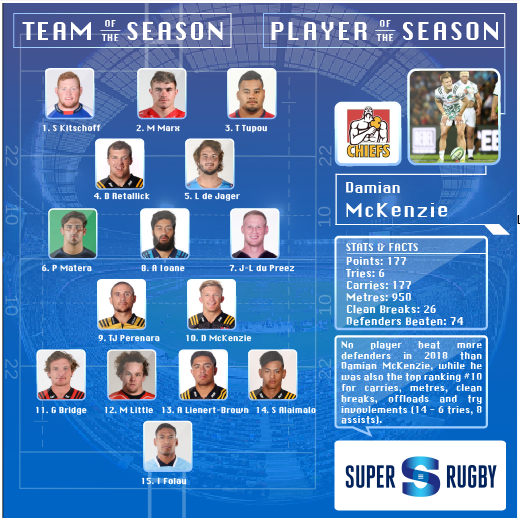