There will be six new head coaches in 2020 Super Rugby, so who are they and where do they come from... and there could be more if New Zealand and Australia appoint new coaches from within Super Rugby?

Warren Gatland is regarded as one of the sports top coaches and he heads the list of new coaches. Interestingly Super Rugby is the missing ingredient on an impressive resume that includes a hugely successful stint with Wales. The former Waikato player [1986-1994] and head coach [2005-07] and Chiefs technical advisor [2006-07] has returned to New Zealand to take up the head coaching role for the Chiefs. The Chiefs are the only Kiwi side to have a new coach in 2020.

The 56-year-olds resume includes coaching stints with Connacht [Ireland], Ireland, London Wasps [three premierships 2003-05], Barbarians and of course Gatland has been instrumental to the success of the Welsh national side during his tenure with an impressive record of four Six Nations Titles - including three grand slams, the most recent in 2019. His ongoing success with Wales since 2008 led to his appointment as head coach of the British & Irish Lions tour of Australia in 2013 and New Zealand in 2017, where they drew the series against the All Blacks. Recently Gatland was announced as head coach for his third tour with the side in 2021 to South Africa with the Chiefs allowing him a sabbatical in that year. He recently turned down an approach to enter the race for the All Blacks head coach position out of loyalty to the Chiefs and the Lions.

At the Waratahs, Rob Penney [55] replaces fellow New Zealander Daryl Gibson after the former Canterbury, Munster and NTT Docomo coach was appointed in October in Japan where Penney was coaching Toyota Shokki. Penney has a strong CV, having coached Canterbury to four NPC titles between 2008 and 2011, New Zealand under 20s in 2012 and made the Heineken Cup semi-finals with Munster in 2013 and 2014. 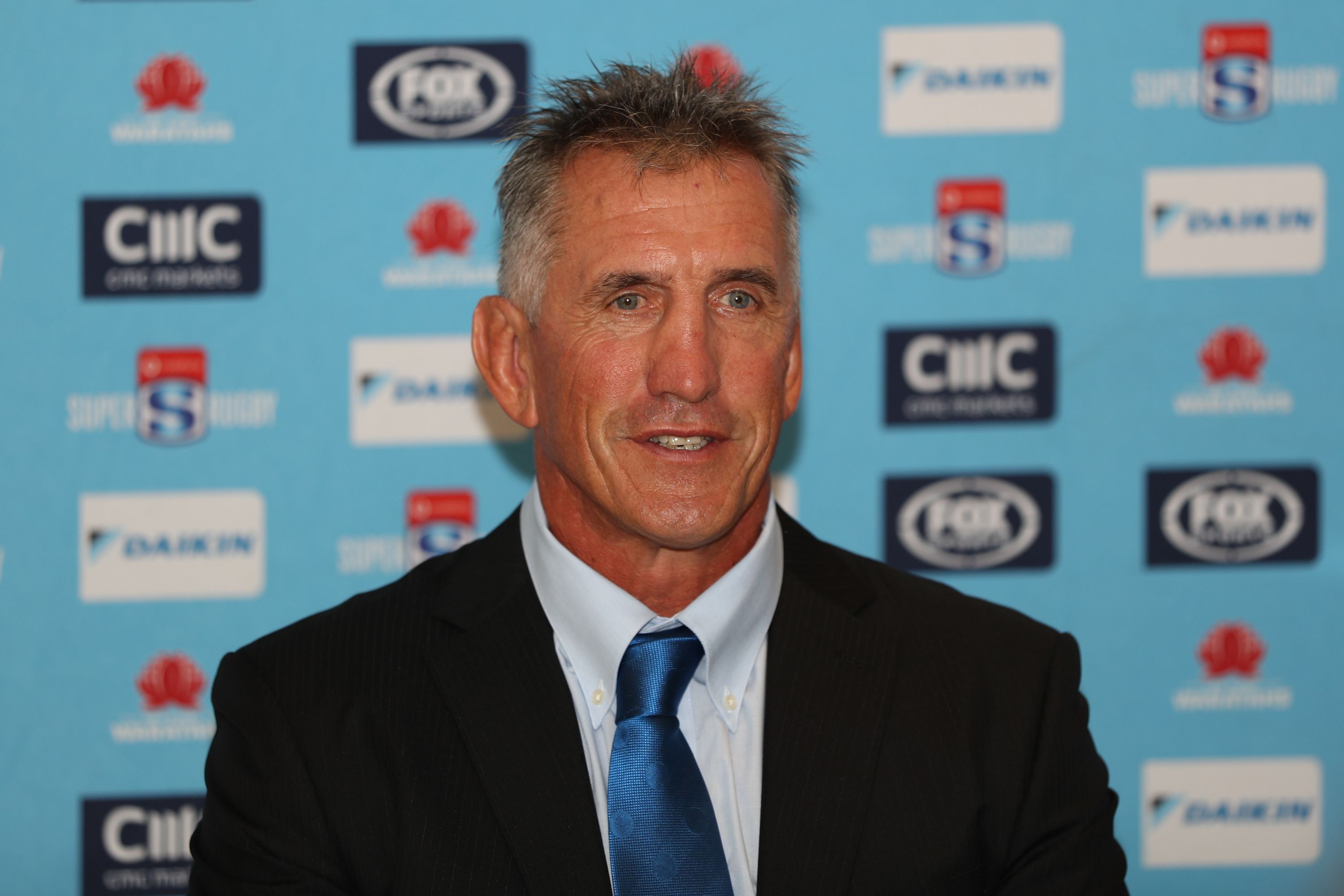 The appointment of another Kiwi head coach has drawn some criticism in Sydney but the NSW Rugby stated that the appointment was, in part, due to his ability to not only bring through young Australian players, but assistant coaches as well, and Penney [above photo] will employ a mostly Australian coaching staff below him. This includes former Wallabies Chris Whitaker, Matt Cockbain and Mark Bell. Waratahs CEO [former] Andrew Hore stated on Penney’s appointment that, "Just because you bring in a foreign person doesn’t mean that you’re not still dedicated to the outcome of developing local coaches. We are probably making up for ten years of lack of investment in coaching development, and in Rob, we felt we had someone who had a proven track record with working with former players like Tabai Matson, Scott Robertson, etc, in bringing them through and developing them as coaches.“

Sunwolves assistant coach Naoya Okubo will become the first Japanese head coach in Super Rugby history when he takes over the franchise for 2020. The 43-year-old Okubo, a former director of rugby for the Japan Rugby Top League’s Suntory Sungoliath, has been an assistant with the Sunwolves the past two seasons and will now run the team in its final Super Rugby campaign. Okubo, capped 23 times by Japan [photo below], guided Suntory for three seasons from 2012, and led the club to back-to-back Top League championships.

“The Sunwolves in the 2020 season need to bring the game forward in Japan after the World Cup. I am proud to receive an opportunity to be involved at such an important time,” said Okubo on his appointment. 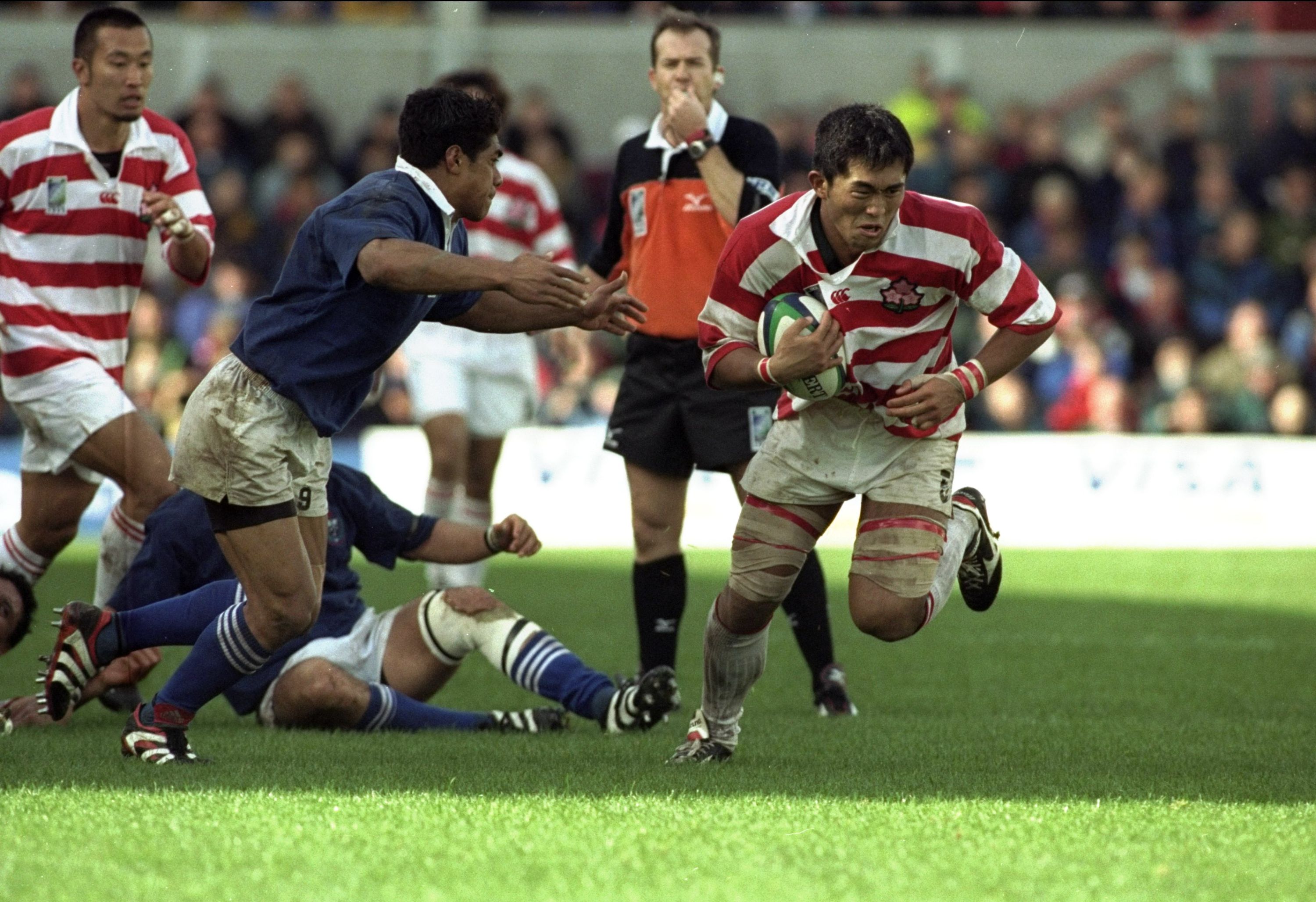 The Stormers have appointed John Dobson who grew up living around the corner from Newlands. Having played competitive club rugby in Cape Town and Italy, Dobson was appointed Head Coach at the University of Cape Town in 2008 and rose through the coaching structures at Western Province Rugby, achieving remarkable success with age-group teams. He was appointed as Western Province Head Coach in 2016 and his team won the Currie Cup in 2017. Known as an amiable but uncompromising coach with an ability to create a good team environment and motivate his players, Dobson was part of the Stormers management before being appointed Head Coach for 2020.

The Lions have announced Ivan van Rooyen as Head Coach of the Lions. Van Rooyen joined the Lions in 2009 after hanging up his boots as a player (Lions juniors, Lions sevens, Valke Currie Cup). The sports scientist worked with the junior sides and Vodacom Cup until 2011 and also assisted Wayne Taylor with the Super Rugby and senior Currie Cup sides. He became head of Strength and Conditioning in 2012 and the Lions continued success since 2014 and subsequent Super Rugby finals in 2016 and 2017 were also due to the high level of fitness installed by Van Rooyen. He headed up the coaching staff of the Lions for the 2018 and 2019 Currie Cup seasons with the team advancing to the final this year.

Altmann Allers, Chairman of LRC said, “In Ivan we have an outstanding coach that covers all areas. His extensive knowledge of the Lions culture coupled with his scientific background is paramount in crucial decision-making factors.” The new coach said the Lions has been his home since 2009, “and it is all I know.” He added: “We have the opportunity to create something very special. We have a young but dynamic team and a ‘blank canvas’ 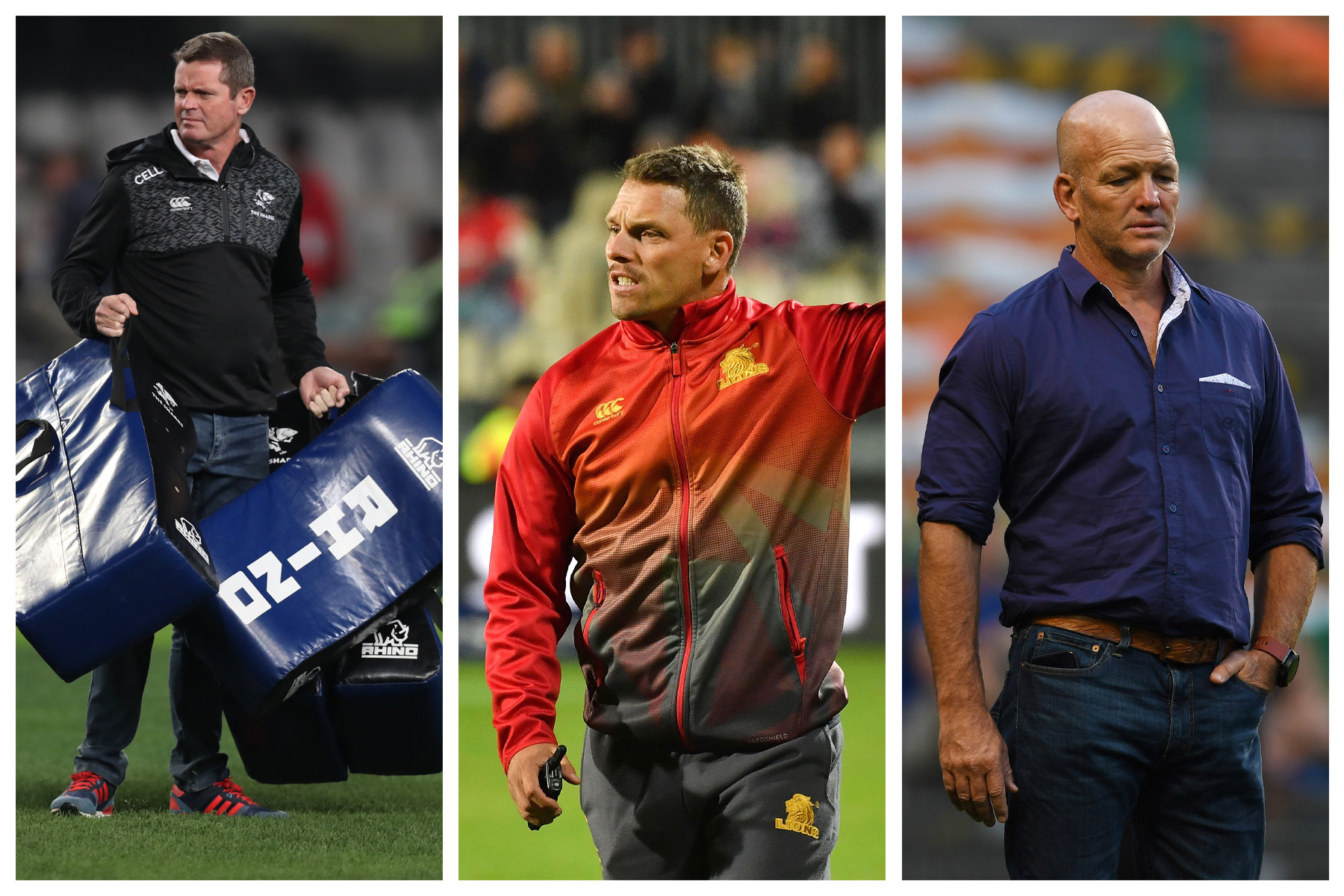 Sean Everitt has been named as head coach of the Sharks for the 2020 Super Rugby season. Everitt, the current coach of their Currie Cup squad, will take over from Robert du Preez. He will be assisted by backline/attack coach David Williams as well as former Griquas head coach Brent Janse van Rensburg who will take charge of the forwards.

Sharks CEO Eduard Coetzee stressed that continuity at the franchise was important and played a role in Everitt stepping up to the Super Rugby role. "Continuity in player personnel is key to any team’s success, but so too among the coaching staff and Sean has played an important role in not only taking the team to the semi-finals of the Currie Cup, but has blooded a number of youngsters and worked hard on creating a brotherhood that grew as the tournament progressed."

Everitt, who guided the Sharks into the knock-out phases of this year's Currie Cup was naturally ecstatic with his promotion. "I'm very pleased with the growth of the team. We had several goals before the Currie Cup and I think we've achieved a lot of them. We wanted to grow the environment, grow the squad, grow the individuals and we wanted to give the youngsters an opportunity to develop for Super Rugby and I think we've achieved all that. The hard work continues for the new season and we as a coaching group, all of whom I am very excited to work with, will do everything we can to ensure that our players are best prepared for the start of the tournament, not only from a coaching point of view but also in terms of their mindset and the environment created for them to thrive."