Mogg back in the Brumbies mix

Mogg has played six years in France for Montpellier and Pau. Before leaving in 2015, he played 60 games for the Brumbies and made three Test appearances for Australia.

But the scene is much changed with the Brumbies, where the only players remaining from when he left are Allan Allalatoa, Scott Sio, Nic White and Rodney Iona.

He told rugby.com.au, "A lot's changed, but a lot's still the same, so it's good…I'm probably a little different from where I was six years ago but the group's a lot younger, and full of enthusiasm. But it's great being back in Canberra."

Returning to the franchise was something he always wanted to do, he said.

"There were a few contributing factors, but the decision was easy once the opportunity was there, and I'm looking forward to make the most of it."

He believes he has developed his all-round game. He wants to share the knowledge he has gained with the younger Brumbies backs. He said his reputation with the Brumbies was based around him being a kicking player. But he felt he had learned to play both a running and kicking game and was keen to pass that on. 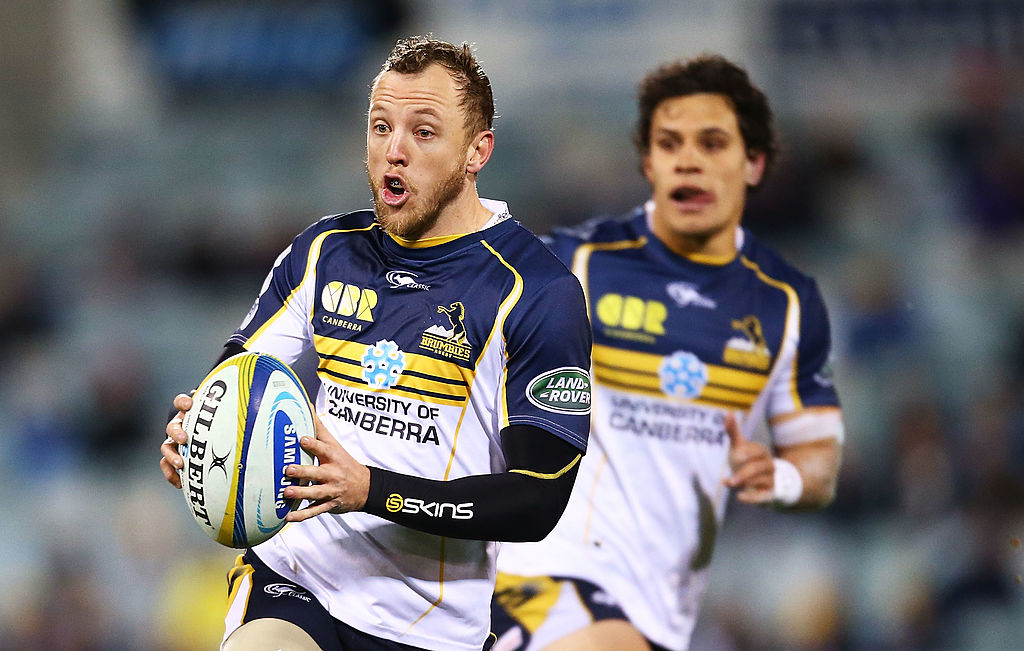 "The rugby overseas is different, so I've expanded my knowledge of the game.

"I've still got a little speed left so, hopefully, that running rugby, and that skill level, I'll continue to work on," he said.

The Brumbies have been developing their side for next season with acquisitions including Australia Sevens wing Cam Clark, former Red Chris Feauai-Sautia and Hawke's Bay centre Ollie Sapsford.

He said the infusion of experience and the increased competition for places would aid the Brumbies' improvement.

"I think it's great. It's a good, skilful group who are fit, fast, so over the next six weeks, we'll keep pushing each other and getting better each day.

"Pre-seasons are renowned for being quite gruesome and long, but I think the dynamic of the coaching group has changed. A lot of skill focus, but also working hard, so it's been really good and, hopefully, I can get better myself," he said.