The NSW Waratahs can today confirm the signing of Fijian International Nemani Nadolo on a one-year deal for the 2023 Super Rugby Pacific season.

One of world rugby’s box office players, Nadolo joins the Waratahs with an illustrious Test and club resume, adding a wealth of knowledge, size, and experience to the Waratahs’ backline.

Born in Sigatoka, Fiji, Nadolo moved to Brisbane at three months of age before attending Nudgee College and representing the Queensland Schoolboys team.

The big ball-carrying winger made his Test debut for Fiji in 2010, where Waratahs Head Coach Darren Coleman was the Assistant Coach, against Australia and has scored 22 tries in 32 Tests and starred for the Flying Fijians in the 2015 Rugby World Cup.

The Fijian flyer is no stranger to the Waratahs as he was originally contracted to the team in 2008. Limited opportunities saw Nadolo head abroad, with stints in France, England, and Japan before returning to Super Rugby with the Crusaders.

Nadolo was one of the standout players for the Crusaders in 2014, ending the season as the competition’s equal leading try-scorer with 12 tries, including scoring in their Super Rugby Final loss to the Waratahs.

Stints at Montpellier and the Leicester Tigers followed, with Nadolo finishing the 2021-22 season with ten tries from 21 matches in his most recent season for the Tigers in Premiership Rugby.

After a stellar club career spanning Europe and New Zealand, the Fijian winger was excited to return to Australia and play for the Waratahs. 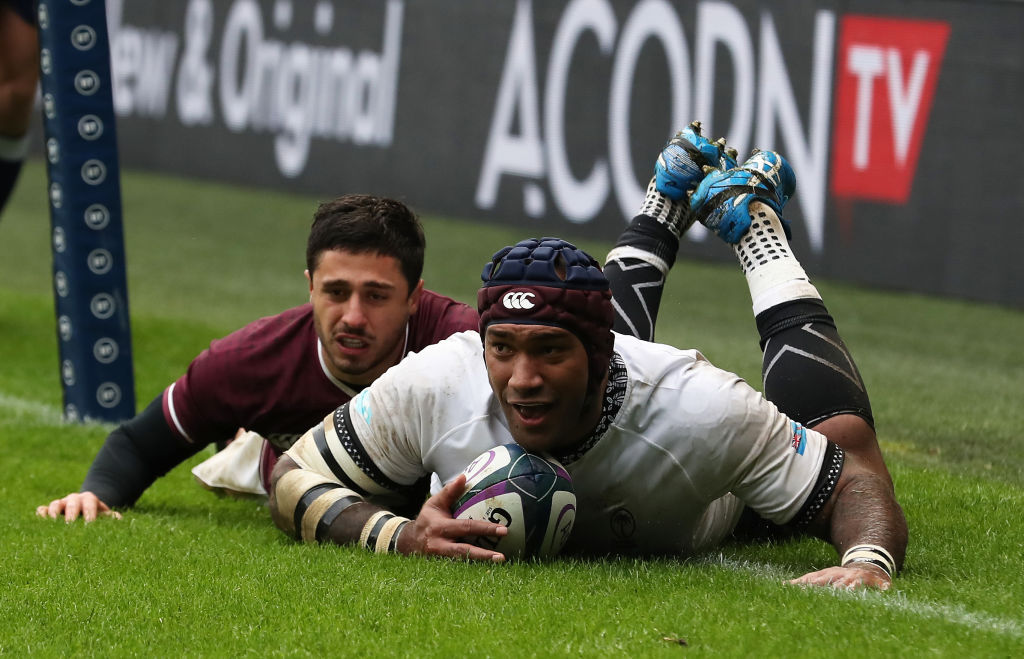 Nemani Nadolo said, “Who would’ve thought after leaving these doors 12 years ago I’d get another opportunity to be part of the club again.

“I’m grateful to Darren and the board for having faith in me and giving me another opportunity.

“NSW are heading in the right direction and I’m glad I can be a part of their journey.”

Waratahs Head Coach Darren Coleman was thrilled to add another experienced Test player with a unique point of difference to his roster.

“We’ve all seen what Nemani has done in World Rugby in the last ten years and it’s incredibly exciting to have him in a sky-blue jersey,” Coleman said.

“One of the things we identified from our season review was the need to add some size and power to our roster, and Nemani brings a lot of size and physicality which will add an extra dimension to our team.

“He’s motivated to get back to Sydney have another crack at Super Rugby and push his claims to get in the Fijian Test team for their 2023 Rugby World Cup campaign,”

Nadolo will join the squad on December 1 for the Waratahs’ pre-season.

The NSW Waratahs are also pleased to announce the signing of loosehead prop Tom Lambert on a two-year deal, bolstering the team’s front-row stocks ahead of their 2023 Super Rugby Pacific campaign.

A product of the NSW pathways, born in Sydney and schooled at Trinity Grammar School, Lambert represented Australian Schools and was part of the Waratahs Academy before heading overseas to Scotland in 2020.

The Australia-born prop has spent two seasons with the Warriors and brings invaluable European front-row experience to the Waratahs ahead of their 2023 campaign.