New Faces Shine in Round 1

New teams and new faces in Super Rugby Unlocked, so how did they fare?

The addition of the Griquas and Pumas to the Super Rugby contingent of South African teams in Super Rugby Unlocked was shrouded by the unknowns of just how they would perform against some of the best teams in southern-hemisphere rugby but Round 1 has already shown us that they’ve got what it takes to go toe-to-toe with them on their day.

While neither the Griquas or Pumas managed to secure a win in the opening round of the Super Rugby Unlocked competition, both teams boasted individual performances akin to that expected of the premier players in South Africa.

Five of the eight players to make 10 or more tackles throughout the opening weekend of the Super Rugby Unlocked competition were wearing the jersey of a team new to Super Rugby on the day. Griquas’ Harlon Klaasen (13/16) and Pumas’ Morgan Naude (13/13) finished the round with the joint-second most tackles of any players behind the Sharks’ James Venter (14/14). The Pumas ended the round with three players with a tally of 10+ tackles for the round, more than any other team in the competition. 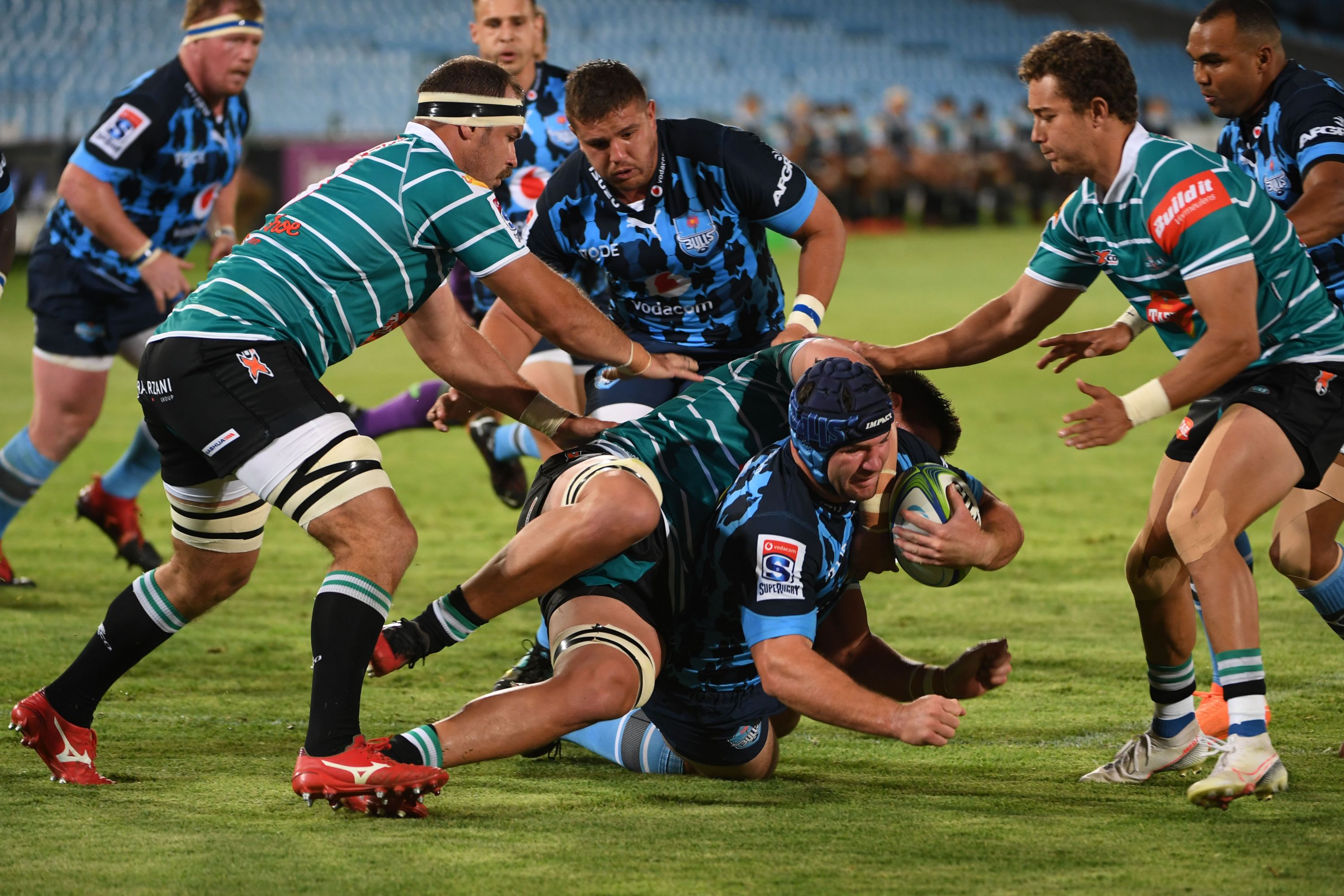 Bulls v Griquas action from Round #1

The Griquas defence was both busy and stoic in their first Super Rugby Unlocked game. Hendrik Luus forced three turnovers throughout the Griquas defeat to the Bulls in Round 1, the joint-most of any player for the weekend alongside his opponent on the day Jason Jenkins. 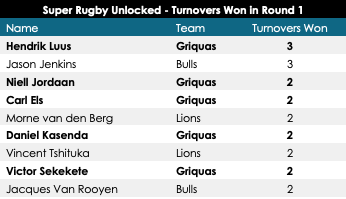 Four further Griquas players managed to win multiple turnovers throughout their opening game of the season – a total of five players from the team managing that feat. No other team in the competition featured more than two players with two or more turnovers won in that time.

There were glimpses of offensive prowess as well, with the Pumas’ Neil Maritz finishing the round with a tally of six defenders beaten – more than any other player. In fact, it was the joint-most of any player in a South African derby in any Super Rugby game in 2020.

Another round this weekend will give us even deeper insight into the dichotomy of the established Super Rugby teams and the new faces in the competition, but Round 1 should leave fans in a state of excited anticipation.