New Kids On The Block

There are 16 new faces in the Wallaby squad and they have been some of the top performers in the Super Rugby AU...

Wallabies coach Dave Rennie has unveiled his squad for The Rugby Championship, with 16 uncapped players forcing their way in courtesy of their form in Super Rugby AU. A look through the Opta data tables shows those players in question have been some of the top performers in the localised competition.

Seven of those 16 uncapped players are in the forward pack. Harry Wilson (Reds) has been one of the headline acts of the season, battling through his work to lead the competition in tackles (110) and making the joint-most carries of any forward (99, also Matt Philip). He is joined by one of his Reds’ teammates who has also made an impact in Fraser McReight. McReight has won more turnovers (18) than any other player in Super Rugby AU, with only two other individuals having also reached double figures in this category (Liam Wright – 13 and Michael Hooper – 10). Gus Bell (NSW Waratahs) boasts the best tackle success rate (97.0%) in Super Rugby AU of any player in this group; indeed, no other prop (min. 10 tackles) has been more accurate in the campaign. Pone Fa’amausili (Rebels) is the other prop named by Rennie yet to experience Test-match rugby; he has gained 4.1 metres per carry in Super Rugby AU, the most of any player in his position.

Lachlan Swinton (22 – incl. 1 steal) is one of only two NSW Waratahs players to have won 20+ lineouts in Super Rugby AU (Ned Hanigan – 24 incl. 5 steals) having also attended a team-high 138 attacking rucks. Tom Horton (NSW Waratahs) is the only uncapped hooker in the squad; the Reds’ Brandon Paenga-Amosa (136) is the only hooker other than Horton (117) to have gained 100+ metres in the tournament so far.

One of the uncapped members of the backline is the leading point scorer in Super Rugby AU so far (Will Harrison – 97); the NSW Waratahs’ playmaker has successfully made 92.5% (37/40) of his goal kicks attempted – the best rate of any player in the tournament. The only other uncapped back from the NSW Waratahs is James Ramm – the winger beat a team-high 24 defenders in Super Rugby AU. 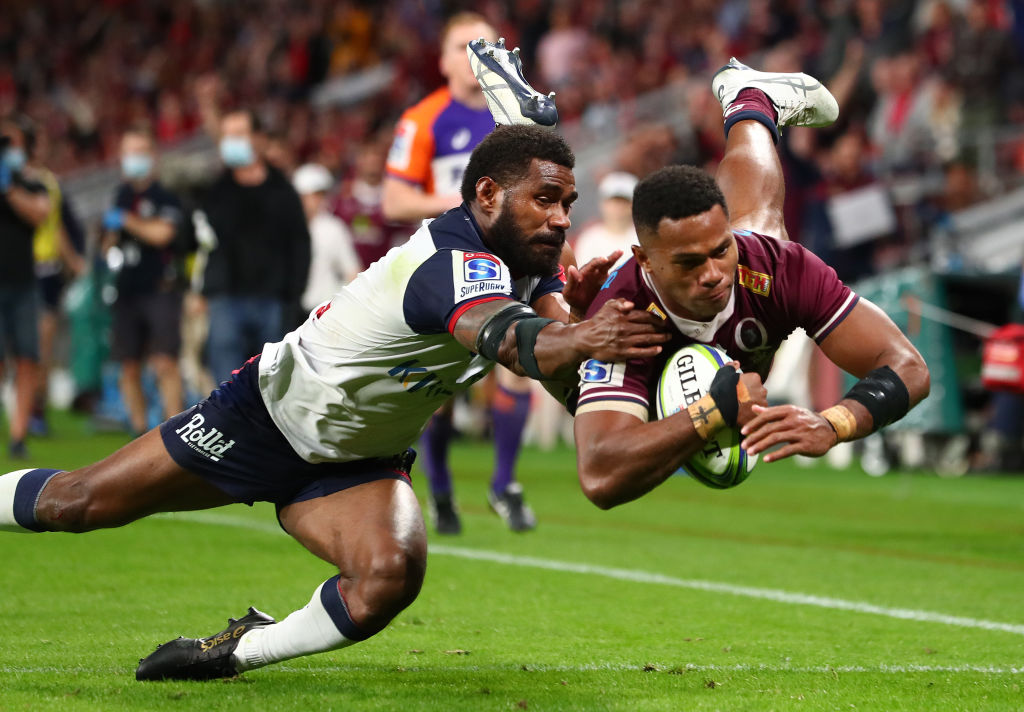 Speaking of defenders beaten, it is this category where we find another uncapped member of the Wallabies’ squad topping the charts. Filipo Daugunu (Reds - pictured above) has beaten the most defenders (34) of any player in the tournament and boasts competition highs for tries scored (6), carries (111) metres gained (711) and clean breaks (15). Only fellow uncapped squad mate in Tom Wright (5) has also scored at least five tries over the course of the season so far.

We’ll have to wait and see how many of these players find themselves in the Wallabies matchday 23 for their first-up encounter with New Zealand.