The Fijian Drua have today announced the appointment of Mick Byrne as the Club’s first-ever Head Coach. The vastly experienced Byrne has been Assistant and Skills Coach for the Wallabies, All Blacks, Japan and Scotland over a 23-year rugby union coaching career. The Australian also brings with him Super Rugby experience as Assistant Coach of the Auckland Blues from 2012 to 2014.

Interim CEO Brian Thorburn welcomed Byrne to the Fijian Drua, “We are absolutely delighted to have someone of Mick’s calibre and experience as our foundation Head Coach. He is a seasoned professional and shone through the intensive selection process by displaying real passion for the Club and Fijian rugby, and by outlining solid plans for success both on and off the field.”

Commenting on his new role, Mick Byrne said: “Bula vinaka to all Fijian rugby fans, players, stakeholders, partners and supporters in Fiji and around the world. I am honoured and proud to join the Fijian Drua vuvale on our maiden Super Rugby voyage.”

“I have followed and admired the way Fijian teams play the game over the course of my coaching career. It’s a style of play that puts the joy of rugby at its core, and I’m very excited to help our Club showcase this to the world when the new Super Rugby season starts.”

He added: “None of us are under any illusions that it will be easy. We understand the challenges ahead of us in this first season, being based away from home. But within that challenge lies the opportunity to grow stronger as a team and a Club. It will be hard work in our first two seasons but the journey will be rewarding and enjoyable.” 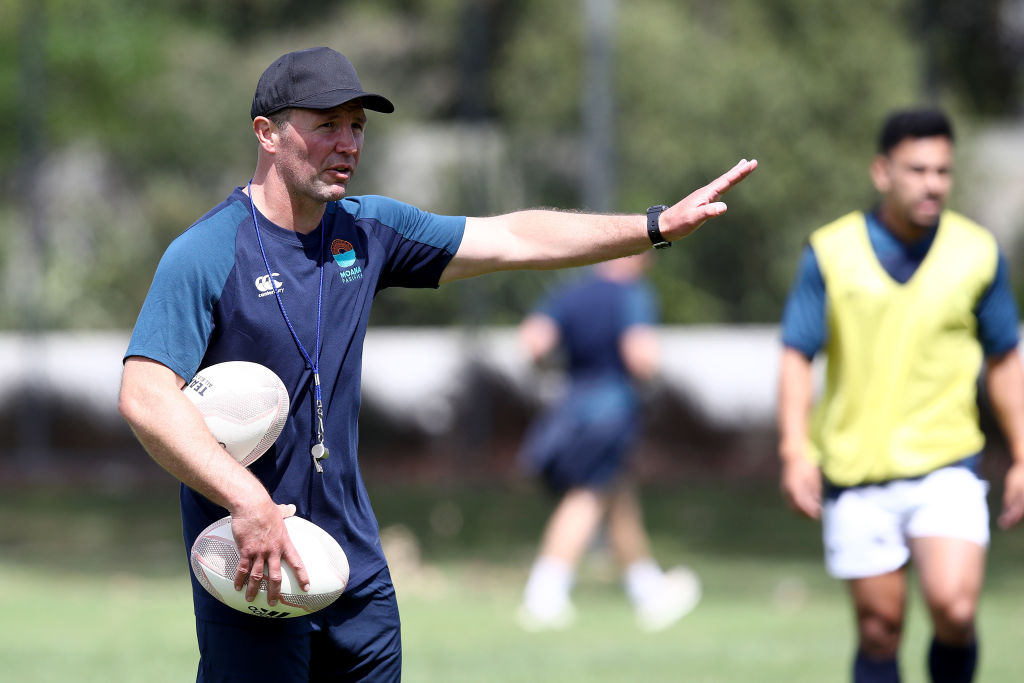 Mauger, of Samoan, Tahitian and Cook Islands descent, has inked a three-year deal with Moana Pasifika signalling the new franchise’s clear intention to attract and retain excellent Pasifika talent. The 45-Test All Black has been part of developing the club’s strong Pasifika ethos having been assistant Coach for their first ever match against the Maori All Blacks in November 2020.

A seasoned Canterbury player, Mauger also notched up 89 matches with the Crusaders including four championship titles in 2000, 2002, 2005 and 2006 before he moved overseas to where he enjoyed a successful 53-match career playing for Leicester Tigers.

He took up coaching after returning home, and he was once again back with the Crusaders, this time as an assistant Coach, before taking on the Head Coach role at Leicester Tigers. He was assistant coach for Samoa in 2017 and Head Coach of the Highlanders from 2018-2020.  Together with his playing experience, the 40-year-old re-joins an exclusive list of New Zealand coaches with both Super Rugby coaching and playing experience.

“This is a very special time for Pasifika people and Pasifika rugby.  I loved my experience with the team that played against the Maori All Blacks last year, so to be appointed Head Coach is a real privilege for me both as a rugby coach and as a Pasifika man.

“I have always been grounded by my heritage, but in recent years I have really delved deep into my lineage and I am really enjoying the journey of discovery,” says Mauger.

“It’s an honour to work alongside the likes of Sir Bryan Williams and Sir Michael Jones to bring the Moana vision to life. These men are absolute legends who have carved the path for all Pasifika sportsmen and women over the last 50 years."

“It’s also very special to me to be representing my own Pasifika heritage and families. I know they will all be proud as they reflect on the amazing legacy left by my late Nana Timeteri Roomataaroa Bachop and the way of being that she inspired in all of us."

“This is an opportunity to be part of something very special, and my goal is to give players the platform they have been crying out for, to play our style of rugby, and to demonstrate that their heritage can be celebrated openly, and that their skills and talent is sought after.

“We have been working hard already on building our team, and I am excited about the prospect of announcing our coaching team and first Super Rugby squad, very soon.”

The revamped Super Rugby competition format was released in late August and Mauger says work is well under way for their debut season.

“Aaron has had an outstanding playing career and coached at Super Rugby level. He knows the grit and guts it takes to succeed which is just what we need to hit the ground running come competition time.”

With Mauger, and a strong, yet to be revealed coaching team, Sir Michael says the team is set to be full of flair and a force to be reckoned with.

“We know all eyes will be on us and how we perform as a team. We are in good hands and we’re excited for the journey ahead.”