World Rugby has announced the match official appointments for a bumper programme of 45 men’s international matches during the November period.

With Rugby World Cup 2019 less than a year away, the matches provide important preparation for teams and match officials alike, and match official performances over the period will be taken into account when the World Rugby Match
Officials Selection Committee meets to select the team for rugby’s showcase event.

Selections have been made for the tier one hosted tests that will feature the revised Television Match Official trial, the all-important Rugby World Cup 2019 repechage in Marseille that will confirm the 20th and final team, and key World Rugby-supported fixtures within an unprecedented programme of November fixtures.

Brendon Pickerill (NZR) will get a busy programme underway on 26 October when he takes charge of Japan’s match against a World XV in Hanazono, while Wayne Barnes will referee Ireland versus New Zealand in Dublin on 17 November – a match that sees the current top two ranked teams go head to head. 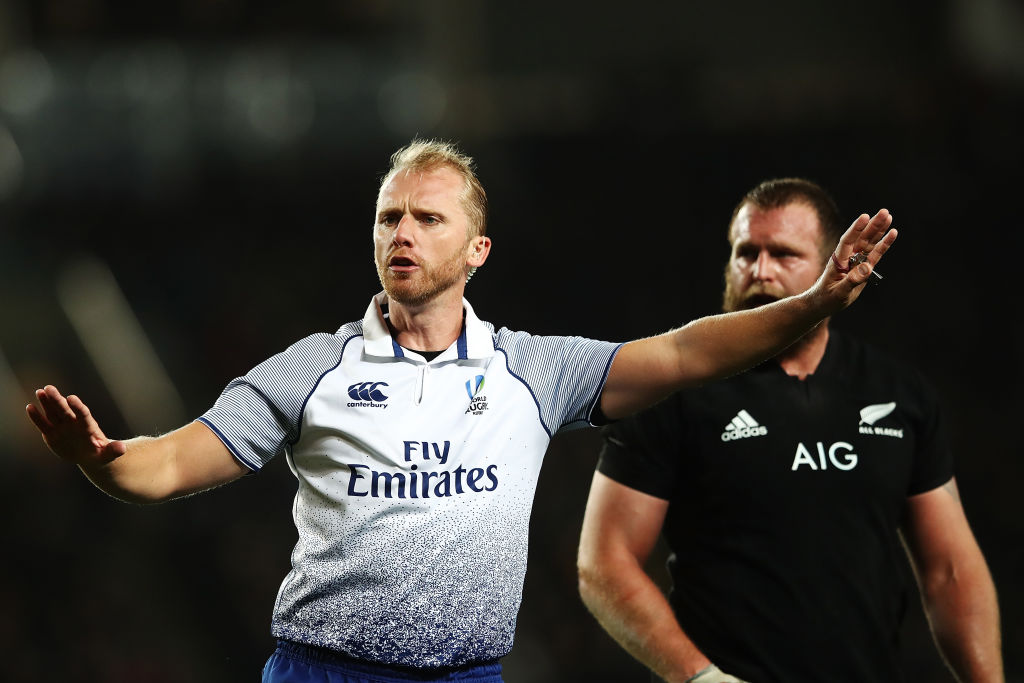 On the road to Rugby World Cup 2019, the match officials will gather in London for a preparation camp prior to the November tests. World Rugby hosts two main camps a year where the officials can align and calibrate approach as a group and also with team coaches.

World Rugby Match Officials Selection Committee Chair Anthony Buchanan said: “There is less than a year to go until Rugby World Cup and, like the teams, we are a focused on arriving at Japan 2019 with a team of match officials who are in the form of their lives from a performance, fitness and mindset perspective.

“We have a very talented group to choose from. They work exceptionally well together behind the scenes to strive for the collective goal of clear, accurate and consistent decision-making, and that has been very evident both in the camps that we have hosted and recent performances on the field.

“This November selection provides another opportunity to assess performance in a high-intensity team camp environment that is not dissimilar to a Rugby World Cup which will further inform us as to who is in the frame for RWC 2019.”

"As a part of the process, we also hold regular consultation with team coaches, including participation in our preparation camps where we achieve alignment on focus areas. This approach is valued by both the match officials and coaches alike."

A revised TMO protocol trial will operate during the tier one union hosted test matches in November with the ambition of lessening time impact and placing greater decision-making responsibility on the referee and assistant referee team, while supporting accuracy of decisions. Click here to view the protocol.