New Zealand Rugby and its five Super Rugby teams have officially launched the new season 10 days out from kick-off and it promises to be an intriguing and closely fought out tournament in 2020.

Iconic Kiwi band Six60 has helped officially launch the 2020 Investec Super Rugby season in Auckland where current players teamed up with the next generation to mark the launch of the competition’s 25th season.

Six60 front man Matiu Walters set the scene when he took the stage with players from the Crusaders, Blues, Hurricanes, Highlanders and Chiefs, who joined local junior players for a mini RipRugby tournament at Mission Bay.

The official 2020 Investec Super Rugby season launch came 10 days out from the start of what shapes as one of the most closely fought tournaments in the competition’s history.

Walters said it was exciting to be involved in the build up to the historic 25th season.

“There are a lot of similarities between music and sport with the energy and creativity that goes into making something really special. We’ve been rugby fans for a long-time and it’s been amazing to get behind the scenes and get to know some of New Zealand’s top sporting entertainers.”

A launch video featuring Six60's hit song The Greatest kicks off the Rugby ReCodedcampaign which will run through the 2020 seaon, but who claims the title as ‘the greatest’ team at the end of the 2020 Investec Super Rugby season remains to be seen.

At a sun-drenched Mission Bay, the next generation of rugby players battled it out for a 'RipRugby’ super title as the newly engraved Investec Super Rugby trophy glistened on the sideline. 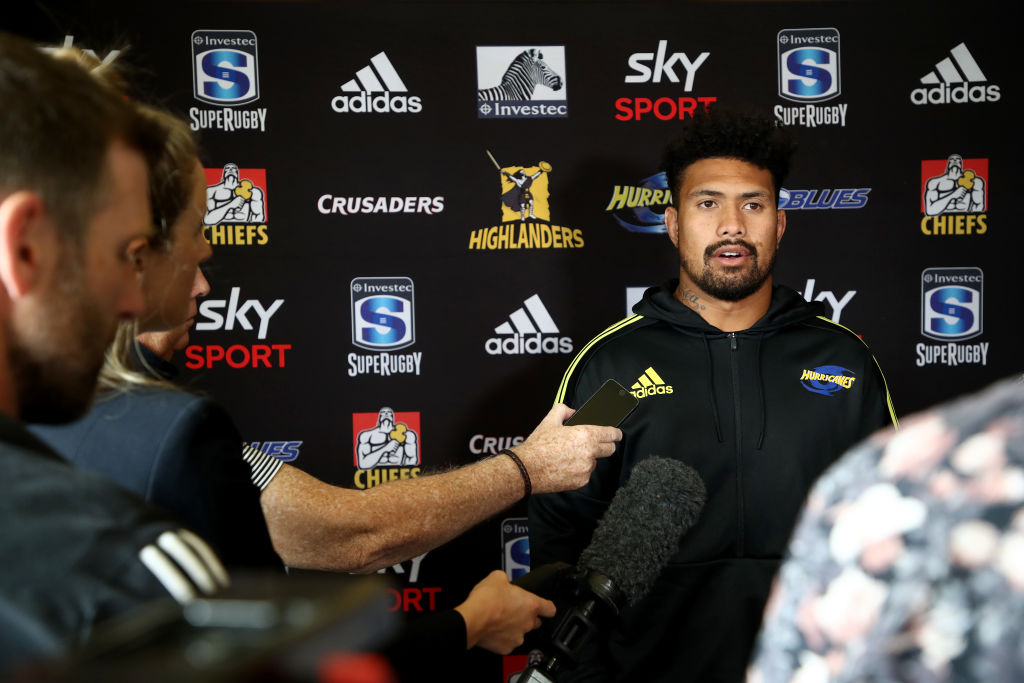 “It’s hard to believe it’s been 25 years since Investec Super Rugby changed the landscape of the game,” New Zealand Rugby Head of Professional Rugby Chris Lendrum said. “It’s a great chance to reflect on how far we’ve come, but also to celebrate the incredible new generation of players and fans who are re-writing the playbook.

“Since Super Rugby kicked off 25 years ago the world has changed and so has the rugby. The players are bigger, faster, fitter and more skilful than ever and, like our fans, many of them represent a new generation who are carving out their own unique style on and off the field.

“It’s awesome to see all these youngsters picking up a ball and expressing themselves using RipRugby and our professional players are no different. They can’t wait to get out there and show off their skills.”

The Crusaders name features three times on the newly engraved Investec Super Rugby Trophy after they completed a threepeat of titles in 2019, with the Hurricanes the only other team featured after winning the title in 2016.

Previous trophies, competed for under different Super Rugby formats, have been won by 20 other champion teams, 13 of them from New Zealand including the Blues (three times), Chiefs (twice), and Highlanders (once) among them. For more information head to superrugby.co.nz.

The 2020 season looks wide open as all 15 competiting teams enter the season with a host of young stars hoping to stamp their mark during the next Rugby World Cup cycle.

Administrators in New Zealand have listened to fans with earlier kick off times in 2020 meaning night matches will kick off at 7.05pm to cater for younger fans and families and with the summer sun still shining.

The 2020 Investec Super Rugby season will kick-off on Friday, 31 January when the Blues play the Chiefs at Eden Park in Auckland.