Phasing out the defence

How many phases does it take to score a try? Who has been the best at striking after just one phase or six?

Who has proven adept at taking their time, building pressure and going over the try line after seven or more? It’s time to find out the answers in Super Rugby 2019.

The Lions have been the team to watch out for between phases 4-6, scoring 20 tries in that time, with only one other side breaching double figures (Chiefs, 11). The Crusaders have been the most clinical after one phase in Super Rugby 2019 (30 tries). Although, all teams are proving to be reasonably competent at it with phase one being the best time to score for everyone but the Bulls, whose most efficient time is between phases 2-3 (12 tries). It is the Queensland Reds [pictured] who have the best record at scoring after seven or more phases (11 tries), four more than their opponents the Blues this weekend.

At the other end of the spectrum the Reds have also conceded the most tries in Super Rugby 2019 after seven or more phases (12), with their Australian peers the Brumbies conceding the least via this method (4). The Highlanders have conceded the most between the 4th-6th phase (14), with the Sunwolves (13), Brumbies, Chiefs and Lions (12 each) close behind them. The Blues have conceded the least tries (2) between phases 4-6 and only the Crusaders (7) have conceded less than the Auckland side’s eight tries between phases two and three. The Sunwolves have conceded a staggering 55/73 tries in Super Rugby 2019 between phases 1-3, 18 more than the next most prone side (Chiefs, 37). The fewest tries conceded after phase one is 13 shared by a team from each conference (Crusaders, NSW Waratahs and Sharks). 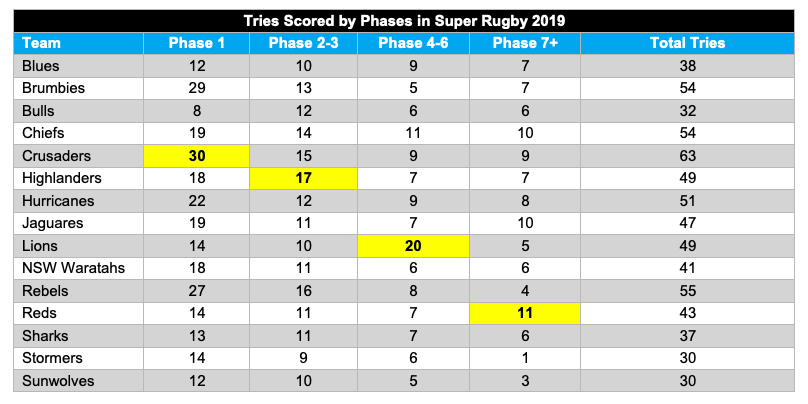 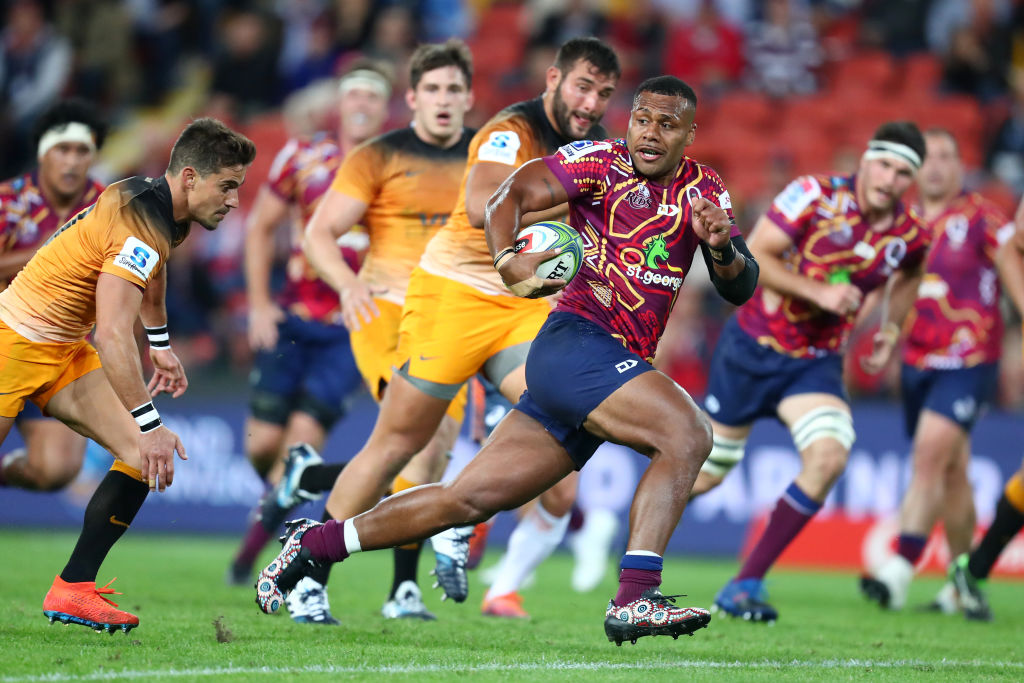