Piling On The Points

A player who can keep the scoreboard ticking over regularly will go a long way in helping his team win the match... let’s take a look at the players who averaged the most points per game last season.

The 2020 Super Rugby season is on the horizon, with every team carrying hopes and dreams of glory. The Crusaders will be looking to become the first team to secure four straight Super Rugby titles in competition history. A player who can keep the scoreboard ticking over regularly in a game will go a long way in helping his team win the match. With this in mind, let’s take a look at the players who averaged the most points per game in Super Rugby 2019.

It was the Bulls’ Handre Pollard (13.9) who averaged the most points per game last season. His biggest contributor to that tally was penalty goals, of which he averaged 2.7 per game – the most of any player in the 2019 Super Rugby season. Despite going down in April with a ruptured ACL after just seven matches, Damian McKenzie’s [pictured] average of 11.6 points per game was still the second best of any player by season’s end. It has emerged that McKenzie has recovered and will be fit and raring to go from Round 1 for the Chiefs – It will be intriguing to see what sort of impact the playmaker can have on the scoreboard over the course of a full 2020 campaign. 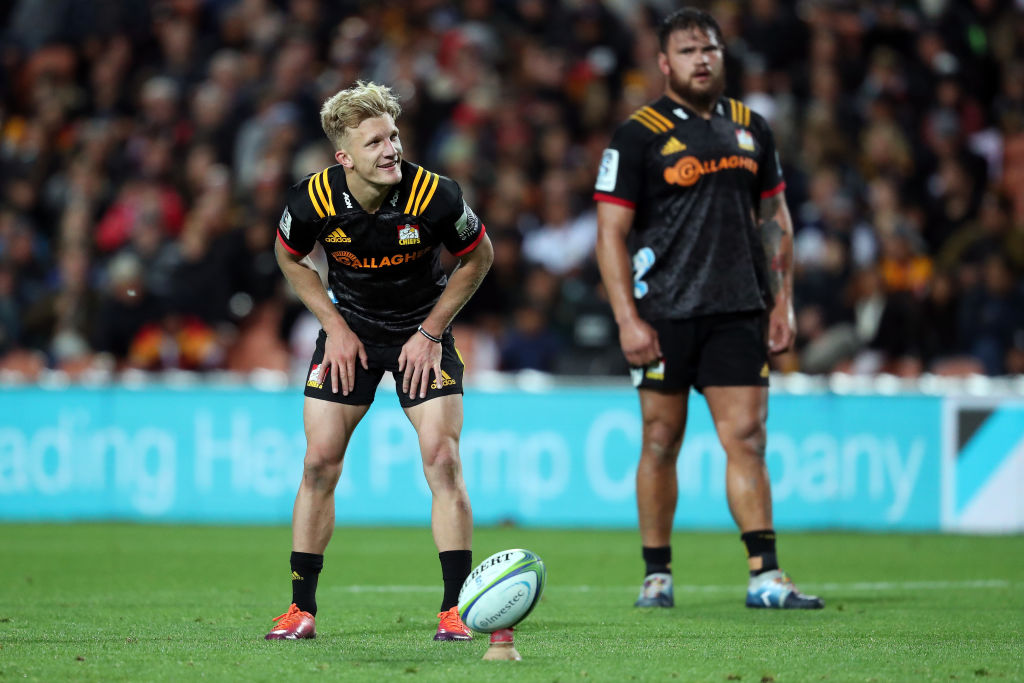 If Beauden Barrett can replicate or exceed the 118 points he scored last season (9.8 per game), his new team the Blues will more than welcome the scoreboard impact – no individual from the Auckland side scored 100+ points in Super Rugby 2019, with only one scoring above 50 (Otere Black – 84).

In a ground-breaking season where they reached their maiden Super Rugby final, the Jaguares scored the second most points (524) of any team in 2019. The fact that their leading contributor averaged fewer than 10 points per game (Joaquin Diaz Bonilla – 7.9) is reflective of their team mentality and not just depending on one individual. Indeed, they had seven different players score four or more tries in the campaign – only the Crusaders (8) had more of a variation.

The Brumbies scored the second most tries (71) of any team in Super Rugby 2019 yet scored the fourth most points (475). This could be attributed to the four penalty goals that they scored – the fewest of any side and seven fewer than the next team (Rebels – 11).

Fans of all teams will be hoping for a winning start in Round 1 of Super Rugby 2020, emphasised by an entertaining, exciting style of play that gives plenty of reasons for celebration.