Coaches love applying pressure from the first whistle and getting ahead on scoreboard so which players are fastest out of the blocks...?

Being unrelenting straight out of the blocks gives the opposition no time to warm into their rhythm, and it’s a tactic espoused more readily by some players than others.

Blues enforcer Hoskins Sotutu has been busier than any other player during the opening 10 minutes of games this Super Rugby campaign. Sotutu has made a competition-high 16 carries during the early exchanges, stamping his authority on games straight off the bat.

The Reds boast a trio of busy combatants in the opening exchanges behind Sotutu. Harry Wilson (15), James O’Connor (14) and Hunter Paisami (12) have made more carries within the opening 10 minutes than any other players in this campaign with the exception of Hoskins Sotutu. James O’Connor has been particularly robust; his tally of 10 defenders beaten within the first 10 minutes of games is three more than any other player in the competition has managed. Sharks’ Aphelele Fassi ranks second with a tally of seven. 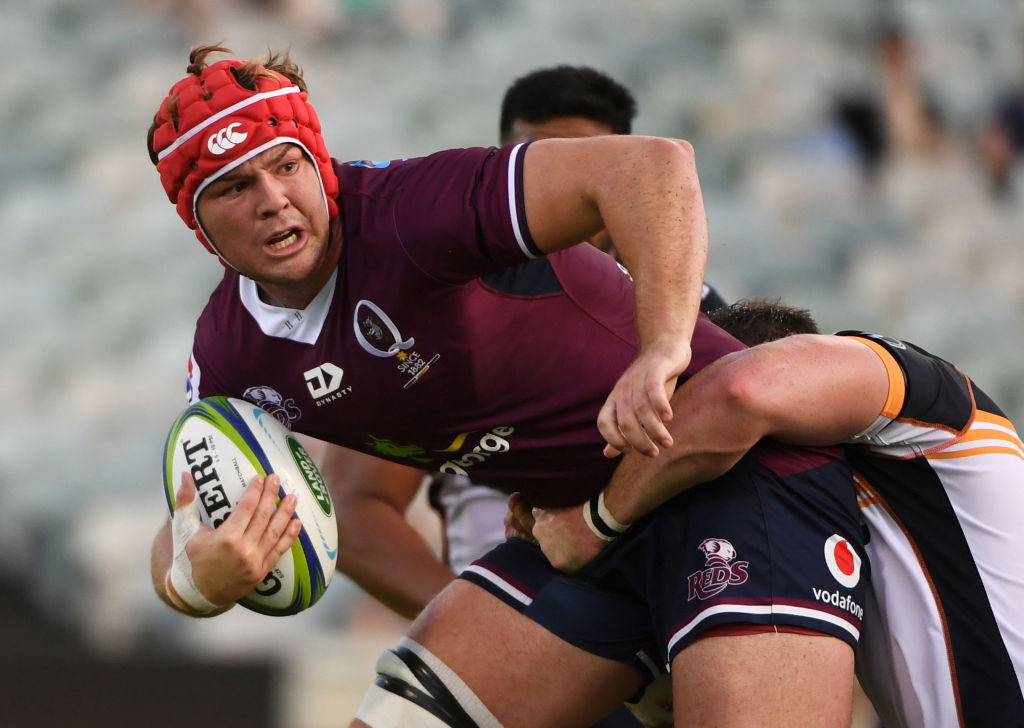 Young Reds No.8 Harry Wilson has impressed in debut season

In terms of regularly producing hard-to-stop endeavours in the first 10 minutes of games this season, it’s another Blues player who is leading the way. Mark Telea has made 10 carries within the opening exchanges of his appearances this season of which seven have been dominant; his 70% rate of dominance is the most of any player to have made at least five carries in this period.

The Rebels’ Matt Philip (67%) and Sharks’ Sikhumbuzo Notshe (57%) are the only other two players in that category to have made more dominant carries than not in the first 10 minutes of games this season.

The Reds’ Tate McDermott (2) and Blues’ Stephen Perofeta (2) have each managed to create two try assists within the opening 10 minutes of games this season – they are the only players to have made more than one. Similarly, the Brumbies’ Irae Simone – who has found the try line twice within this period – is the only player to have scored multiple tries so early this campaign. 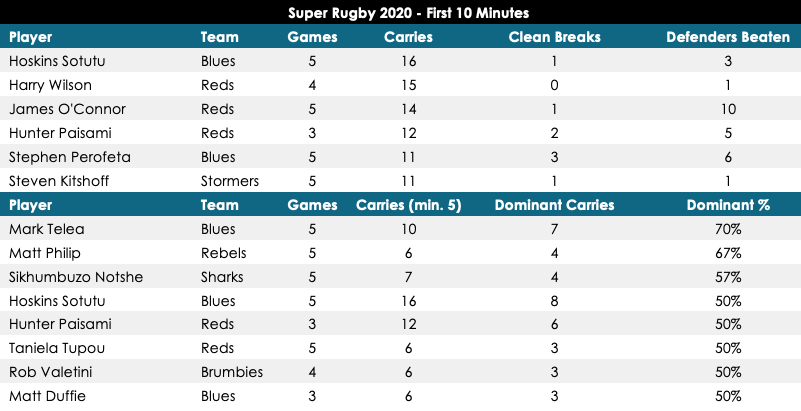