Putting The Boot In

Kicking for goal is an important part of keeping the scoreboard ticking over and ensuring try scoring gets full reward. Who is leading the way?

The Waratahs have taken 14 shots at goal so far this season and are yet to miss a single attempt, making them the only team in the competition to retain a 100% accuracy in front of the uprights for Super Rugby 2018. Other teams may have had more opportunities in front of the sticks, but none have been as effective at converting those chances as the Waratahs have been.

The Highlanders aren’t far behind the Waratahs’ lofty goal kicking record, having missed just one of 12 attempts at the sticks this season, to round out the two-team club of those who have kicked at a success rate of above 90%. South African representation peaks at fifth, with the Stormers rolling in with a goal-kicking success rate of 84% from their 19 attempts so far.

Similarly to season 2017, it’s Lions’ playmaker Elton Jantjies who leads the way in terms of total goals kicked this season - he’s potted five more goals than any other player in the competition thus far.

Bernard Foley, ranked second on quantity of goals kicked after four rounds, has been the crux of the Waratahs’ success, and is yet to miss from his 14 attempts at goal so far this season. Nicolas Sanchez has had plenty of opportunities to score goals as well, his 13 successful attempts for this season are the third most of any player. We have to run our eyes down to fifth on the rankings to find the highest ranked New Zealand-based player, with Bryn Gatland carrying the Blues’ goal kicking duties having smashed 11 of 13 attempts through the uprights. 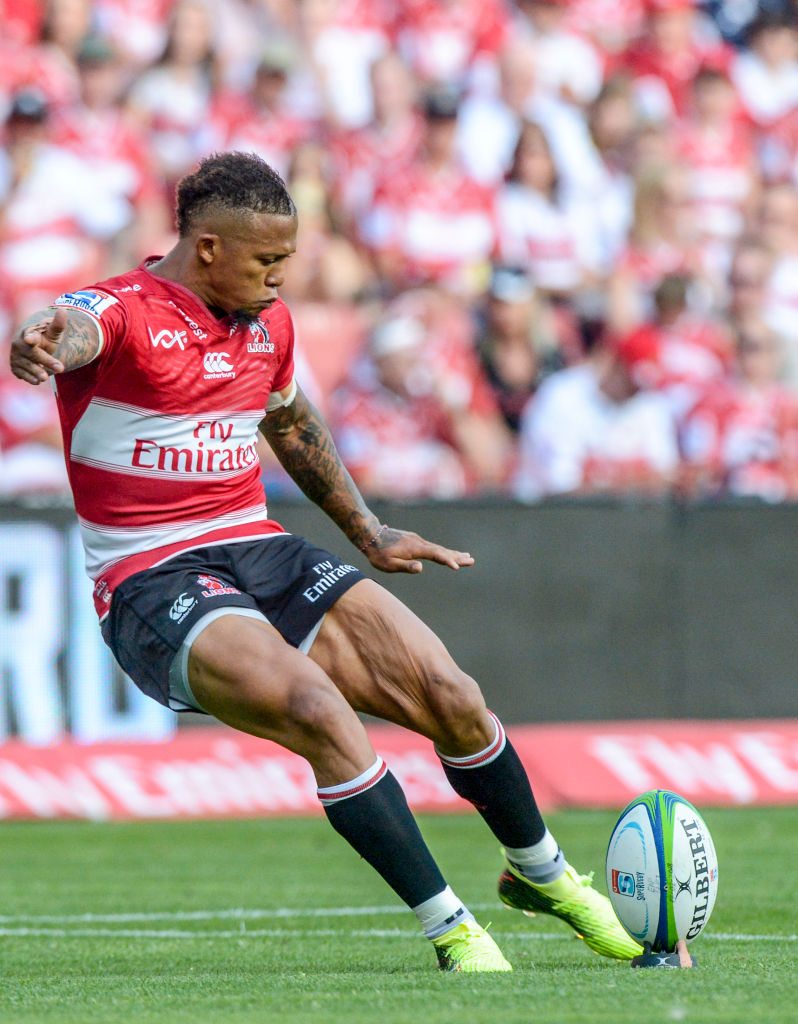 Alongside the Lions’ Elton Jantjies, only three other players have had multiple attempts at goal this season without having missed a single shot. Stephen Perofeta (4 goals), Hayden Parker (3), and Francois Brummer (2) are all yet to pilot an attempt at goal astray. 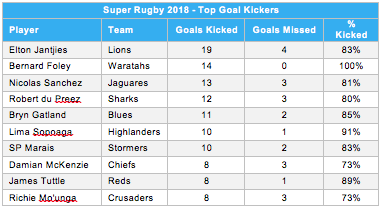