Which Super Rugby AU teams score most points in the first quarter or half of matches, which teams finish off the opposition best in second half, who are the top try and points scorers in last quarter?

Intentional or not, each team generally falls into their own scoring trends – a routine through which they find themselves best able to convert their performance into points on the scoreboard. Whether it is blasting their opponent first thing out of the blocks or winning the war of attrition and piling the points on late, a winning strategy is the goal of every team.

Super Rugby AU has seen teams dig deep to find an edge in a close competition between all-Australian opponents. There are only four competition points between the top four ranked teams on the Super Rugby AU ladder, but they have all found different ways to get there thus far.

The Brumbies [pictured] have mastered the art of the early breakaway, scoring a competition-high six tries within the opening quarter of games this season. They have continued that for the remainder of their first halves, tallying 11 first half tries for the season – the joint-most of any team.

The NSW Waratahs finish fast in the first halves of their games, scoring a competition-high seven tries between the 21st and 40th minutes. They have struggled to go on with it in the latter stages, managing just five second-half tries this campaign.

The Rebels and Reds have each been relatively consistent across the four quarters of their games so far this season, though the Rebels (2) will be looking to improve on their first-quarter showing – they’re ranked last in the competition in this period. 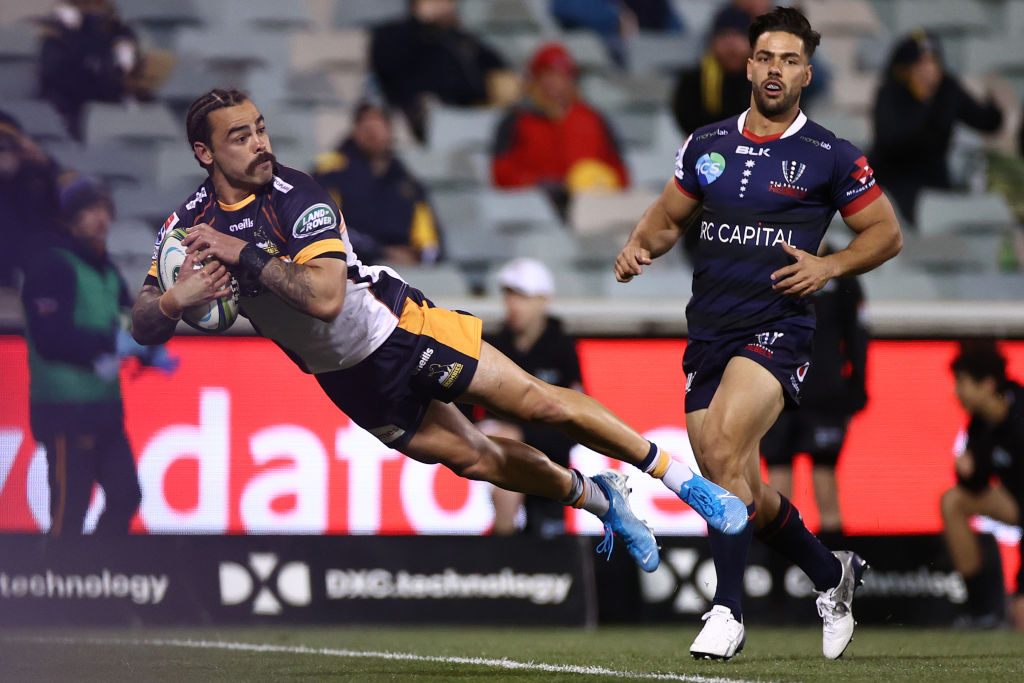 The Brumbies’ early dominance has been so pronounced that it has been nearly all that has kept them at the top of the ladder thus far. In fact, the second and third quarters (-22) have seen their opening stanza strength evaporate before a bounce back in the final quarter where they have outscored their opponents by 22 points.

The NSW Waratahs have been strong in all but the final quarter of games, outscoring their opposition from quarters one to three. However, their points differential of -16 in the final quarter is the second worst of any team in Super Rugby with only the Western Force (-25) below them.

The Rebels, despite starting slow, have conceded just one point more than they’ve scored in the first 20 minutes of games this season, and their longevity across the 80 minutes has meant that in no other stanza have they been outscored.

The Western Force, despite ranking fifth on the Super Rugby AU ladder, have plenty to be proud of as well. They’re level with all opponents in points differential in the opening quarter of games this season, but the lack of competition against their fellow Super Rugby teams in Australia over the last few years means they struggle more as the game goes on.

Each team will know where they need to improve to bolster their chances at becoming Super Rugby AU champions, but perhaps it is the well-rounded Rebels who should consider themselves the most likely of the Australian teams this campaign.