The Melbourne Rebels conceded 12 penalties, including a yellow card, to blow a 13-point lead at halftime to lose to the New South Wales Waratahs 23-20 in Super Rugby on Saturday.

The visitors look dominant in the opening 40 minutes, opening a 20-7 lead at the break and it seemed as if the Waratahs were mere spectators in the game. But it all changed in the second stanza when constant poor discipline let them down.

Even though the dramatic flip in scoreline might suggest an exciting game, that was unfortunately not the case and the opening 10 minutes were dominated by some quite average kicking from both sides.

Pretty much the first time either side moved it through the backline resulted in a try in the 17th minute with Karmichael Hunt throwing a superb long pass to skip three of his teammates and find an unmarked Jed Holloway, who drew in the lone defender before offloading to an unmarked Adam Ashley-Cooper to go over for the games first try.

The visitors answered back just seven minutes later and it might've been the scrappiest try in super rugby history. Will Genia threw his pass behind the first runner and Alex Newsome knocked the ball on as he tried to dive on it. The lose ball was then casually picked up by Billy Meakes, who trundled over the line from just five meters out.

The crowd would have to sit through another 15-odd minutes of very sloppy rugby before the next try was scored. This time the Waratahs defence spread to quickly anticipating a move out wide, but all this did was open a space for Hodge to dart through and extend his side's lead.

The match was sloppy in the first half, but the Rebels performance in the second was downright diabolical.

Within 10 minutes of the restart the visitors lead had been reduced to 20-13 with Bernard Foley adding a couple of penalty goals in quick succession.

It was then wiped out completely in the 58th minute when the Rebels hooker way overthrew a lineout ball and Quade Cooper barely made an effort to recover it, allowing Foley to swing round the back of the lineout, pick up the ball and shot through a backline that was set up for an attack, racing a full 60 meters to pull his side level.

He then added another penalty in the 64th minute to put the Waratahs 23-20 ahead and any hope the Rebels had of regaining the lead evaporated in the 71st minute when Sam Talakai was sent to the sin bin for the remainder of the match. 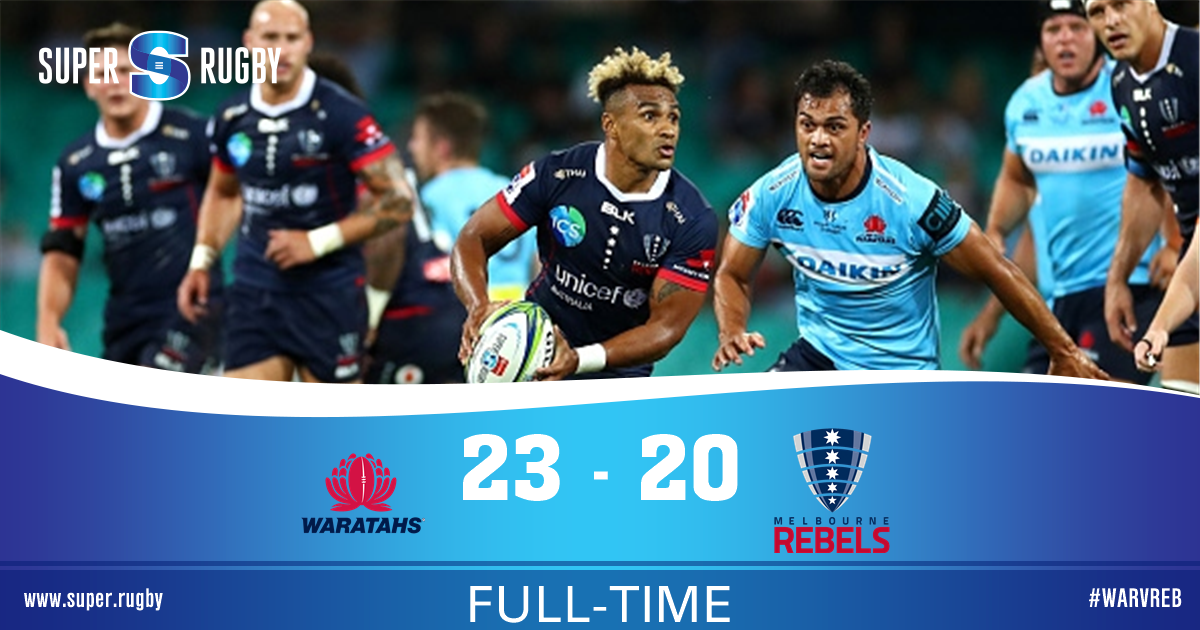